HYDRO
Stare in awe at the power and serenity of water. 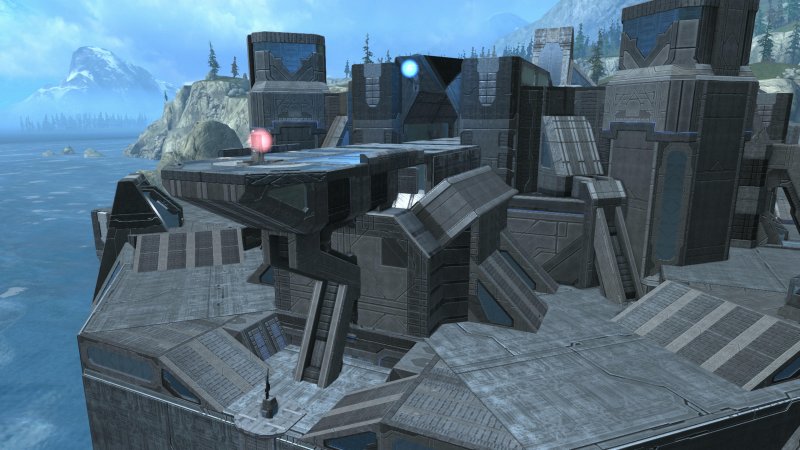 Hydro is a core map optimized for 2v2 competitive game types. It is set on a forerunner facility by the water, staring out into the open ocean. The map's architecture plays to the strengths of the Halo: Reach forge pallet, using the metallic grey and blue hues to truly sell the forerunner atmosphere. The shades of teal and azure resemble the element of water and complement the view of the sea.

Hydro combines an immersive aesthetic with good map flow and dynamic gameplay. The map has a well-defined circular flow around its perimeter, but the main power position is in the upper-middle section of the map. Herein lies the literal crossroads of the map. 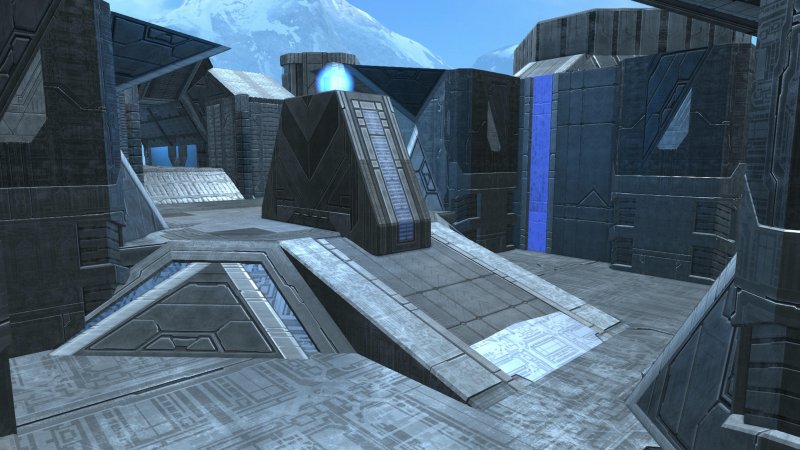 Top mid has access to overshield bridge, which overlooks the ocean and extends over sniper spawn. Picking up the overshield allows players to drop directly down onto sniper spawn without taking fall damage. Doing this, however, means that you give up control of top mid, making the acquisition of the sniper rifle a risky maneuver.

Top mid can be accessed by the shield lifts on either side of the map, as well as the two main flanking routes opposite sniper spawn. A grenade launcher spawns where northern and southern flank meet, and is extremely useful in holding top mid, as it allows players to take out the opposition around corners.

Bottom mid holds the shotgun, which behaves as a situational weapon on this map, to take out players in tight spaces. It also provides a shortcut across the map without going through top mid, which is the main site of most skirmishes. 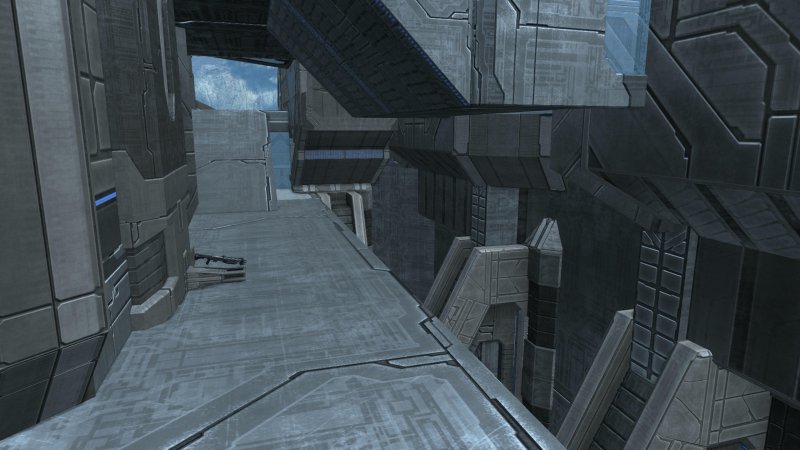 Each power weapon placed on Hydro has its own utility, but none of them are especially overpowered. The sniper can take advantage of many long sightlines across top mid, but there is no ideal perch for a sniper to camp. The grenade launcher excels at battling enemies around corners but is only effective for holding or taking top mid, losing effectiveness should you push outwards. Similar to the sniper rifle, there are no corners in which one can effectively camp with the shotgun. The overshield spawns at the tip of overshield bridge, meaning that players have to be exposed, without cover, in order to obtain it.

This kind of balancing allows gameplay on Hydro to be extremely dynamic, where there is plenty of movement whether you are on the offensive or on the defensive. Power weapon spawns encourage map flow, and numerous hard and soft routes allow for well-coordinated teams to outflank and outplay their opponents.