-Invasion-
GyroVault
​
GyroVault was my second attempt at an invasion map. My first one had too many objects, though the recent game fixes may have solved the issue- I decided to roll with dis' map, GyroVault.

If you want to learn more about invasion, click here

:
http://halocustoms.com/threads/halo-2-anniversary-invasion-or-something-like-it.18732/
Because GyroVault is set on stonetown, I did not have to spend a lot of time on structures. Instead, I focussed on optimization for the invasion gametype and aesthetics- the latter of which proved to be difficult to pull off; not because of the lack of pieces, but the lack of natural blocks on non-forge maps.

The phases were difficult to plan. The reason I chose stonetown was because of it's largely unused beach section- I used that for the first phase of the map. But an open beach section isn't ideal, so, what did i do? I added crates. Oh, I also added a container ship 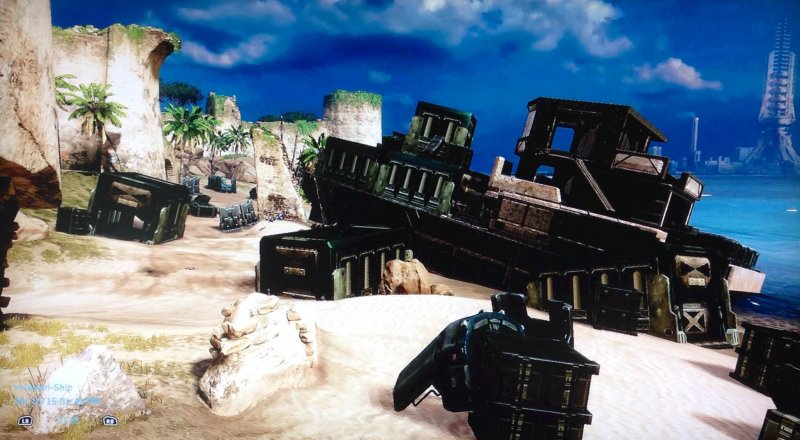 The container ship provides structural cover and height advantage and is therefore a crucial neutral control point on the map. 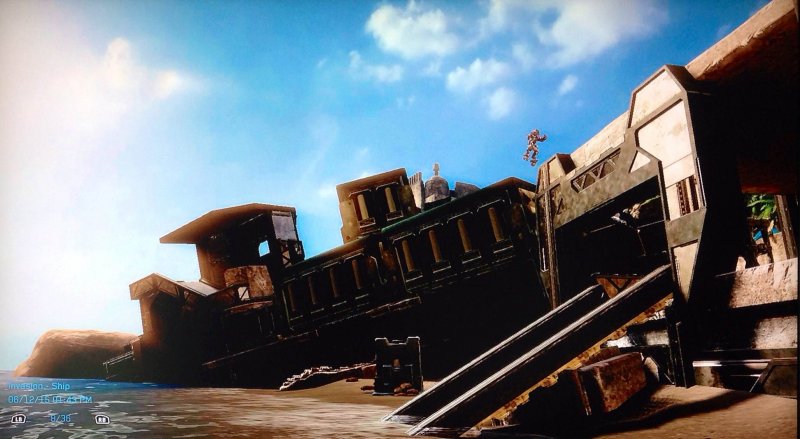 The first phase is the phase that i had basically designed, and there are two zones to capture: the hut and the gate. The hut is shown below: 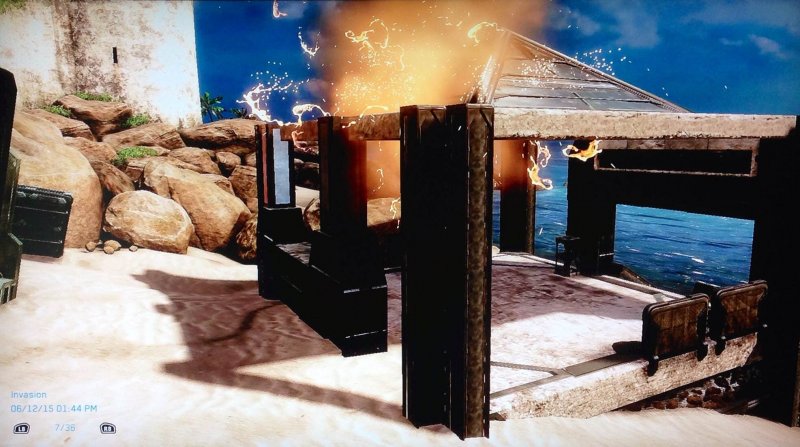 For the second and third phases i relied on stonetown's core structure, and my edits were not signficant. However, the gameplay will still differ from, say, a slayer match on stonetown, because the flow is linearised.
(sorry for the bad picture quality!!!! i don't have a capture card.) 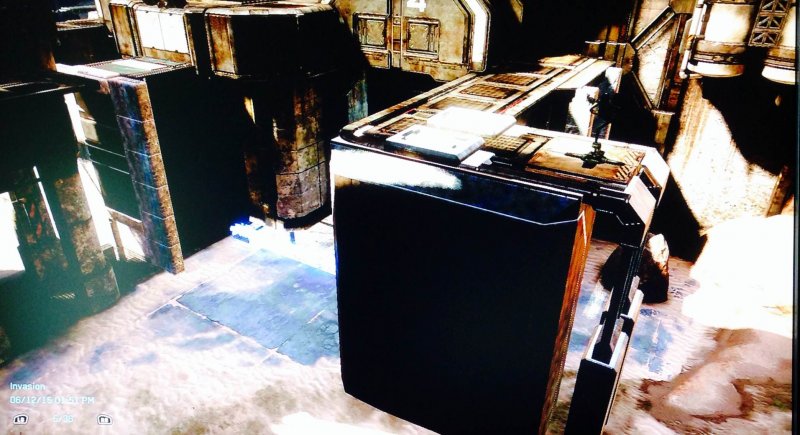 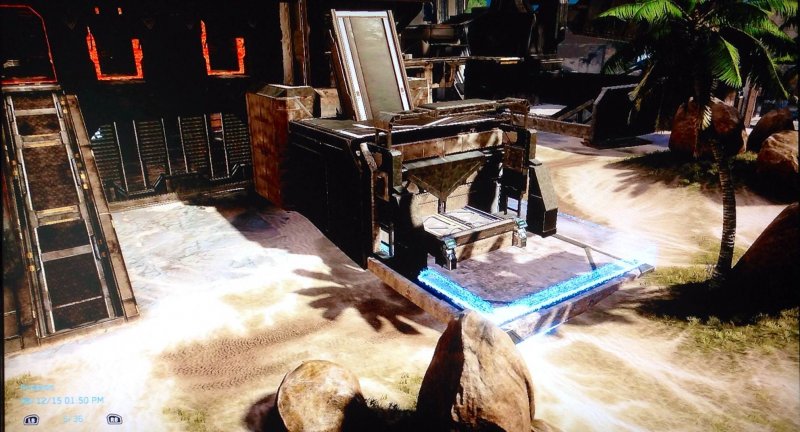 The third phase happens within the structure, where the core is replaced by a removable turret that must be brought back to blue team's initial spawn to win. 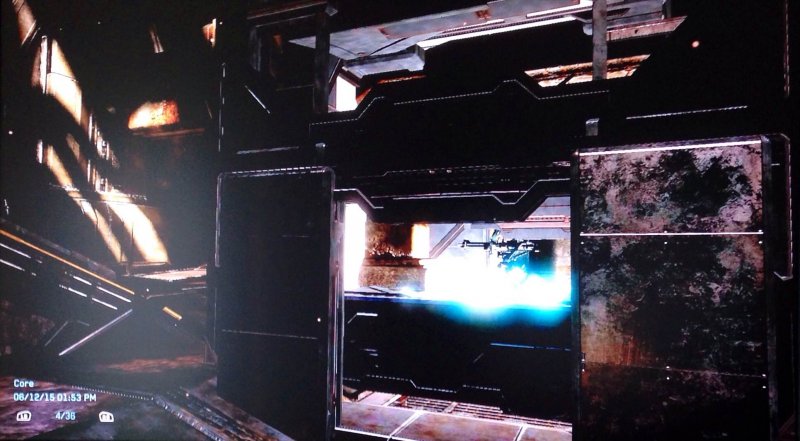 How, you ask, does bringing a portable turret win you the game? All you have to do is drop the turret into the scoring building: 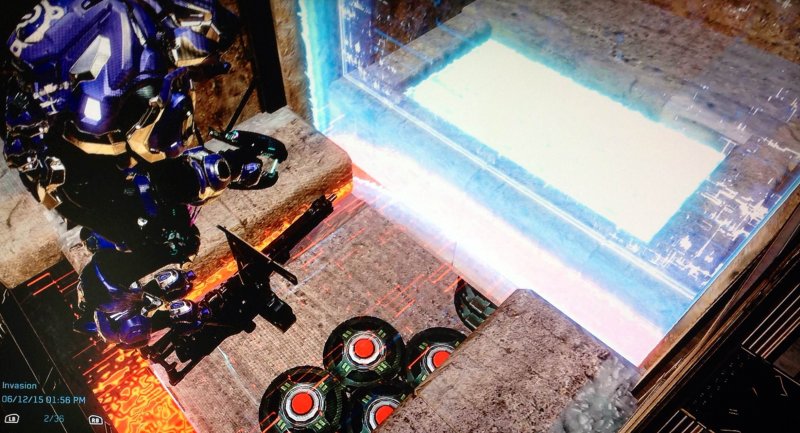 This will trigger some mines and gain you access to the hill inside to score points: 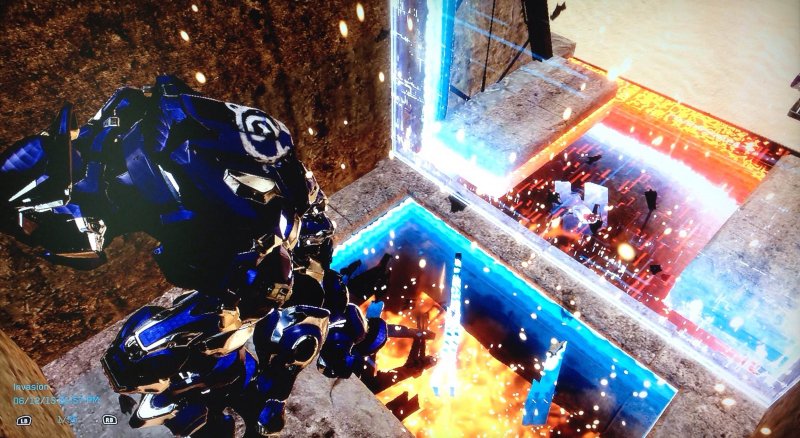 And you will thus win the game.

with the KOTH invasion variant, found in my fileshare, and GyroVault 3 is to be played

with the Incursion invasion variant, also in my fileshare. The gametypes differ slightly but the core gameplay is the same. Enjoy!