GT: n0mnom321
Gametype is "Invasion: Starfall", or you can use regular invasion and switch the attackers to Spartans.
Download the map from my file Share 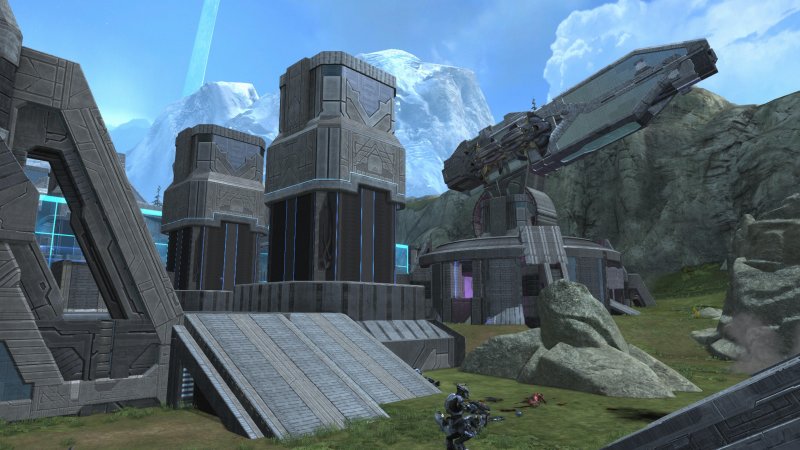 Starfall is an Elite defense invasion map with a very specific theme and experimental gameplay dynamics. The first phase is a chaotic, close-quarters battle, where the attacking Spartans must push forward and hold one of two territories - the generators terminal or the covenant tyrant gun. The second and third phases are a long-ranged, uphill push for the Spartans where air support is key to both capturing the territories and the core. 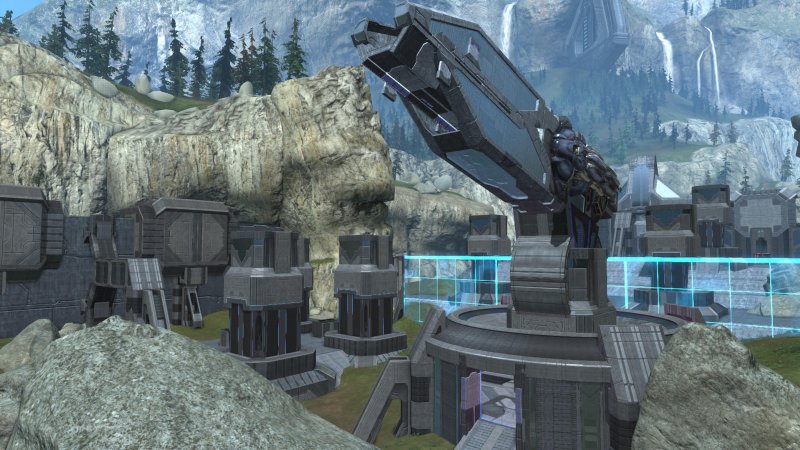 Phase One of Starfall is very different from the first phases of many other invasions maps. Neither the Elites nor the Spartans have access to any precision weapons except for the loadout magnum, meaning that most encounters are up-close and personal. In their spawn, the Spartans are given Spikers, while the Elites are given Plasma Rifles. In Halo: Reach's sandbox, both of these weapons have increased shield damage, and take five shots to depletes an opponent's shields. Hence, they are effective in combination with melee attacks and are very valuable in the starting phase. 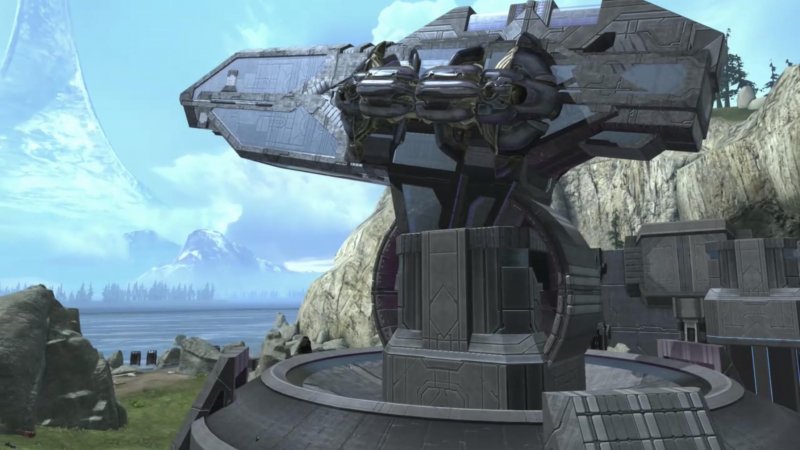 In phase one, the first of the two territories is a covenant tyrant gun. As in most invasion maps, to capture this, Spartans must enter the building and hold out for twenty seconds. However, this zone is unconventional in its large size. 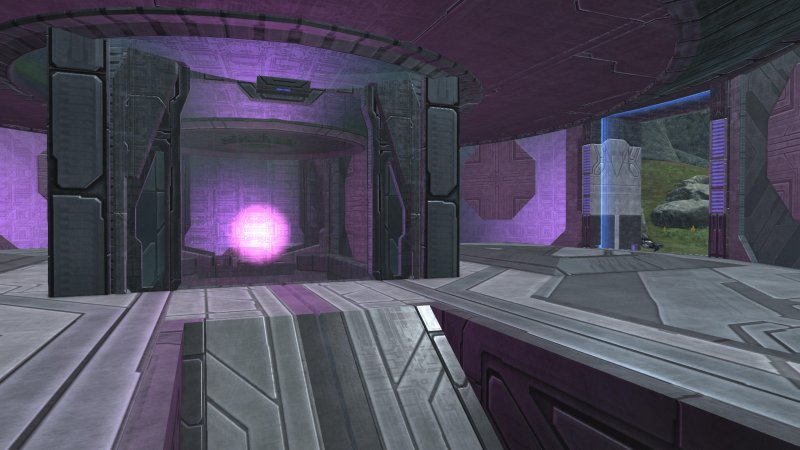 The interior of the tyrant gun's base is quite spacious, with a total of four points of entry - the front, both sides, and the back - which changes capture strategy. While a larger zone means that it is easier for attackers to enter or stealthily capture the zone, it also means that the defending Elites can block capture simply by entering the other side of the building. This means that Spartans must entirely clear out the interior in order to capture it, but are less likely to lose time if the Elites make a push. 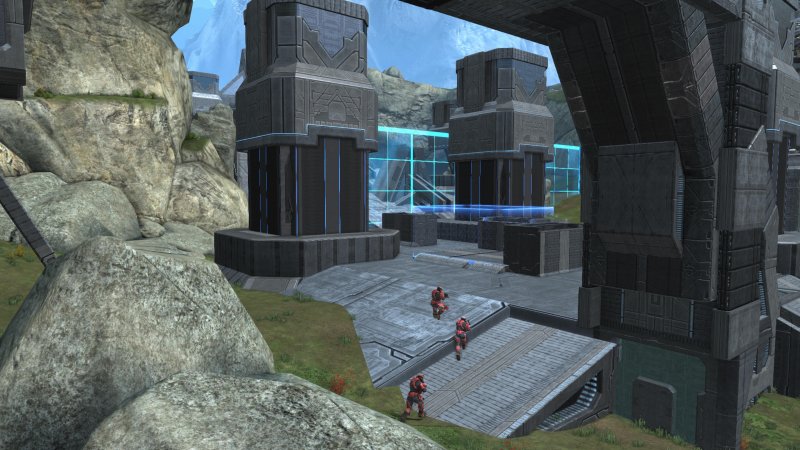 Zone Bravo of phase one is much more conventional. The capture zone sufficient cover and it relatively small, but both Spartans and Elites have a fair chance of attacking and defending it - while less defensible than the tyrant gun, it is also less accessible to the Spartan attackers. This Zone is situated amongst forerunner generators that supposedly power the tyrant gun. 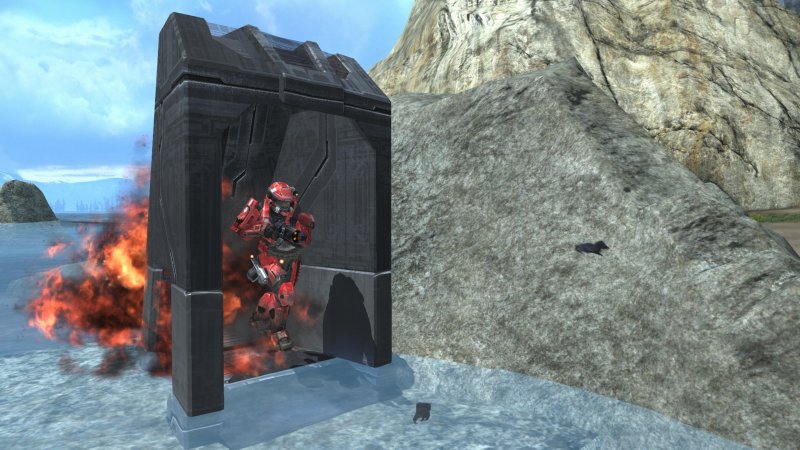 While there are regular spawn zones for both Spartans and Elites, the Spartans have access to an additional spawning location that is located outside the map. From there, they will have access to the Spikers mentioned earlier and will teleport into battle. When a Spartan does teleport in, he or she will appear in an aesthetic drop pod and set off an explosion, giving the impression that he or she had just landed from orbit. While spawning this way does take longer, it also gives access to the Spikers, balancing the spawns. 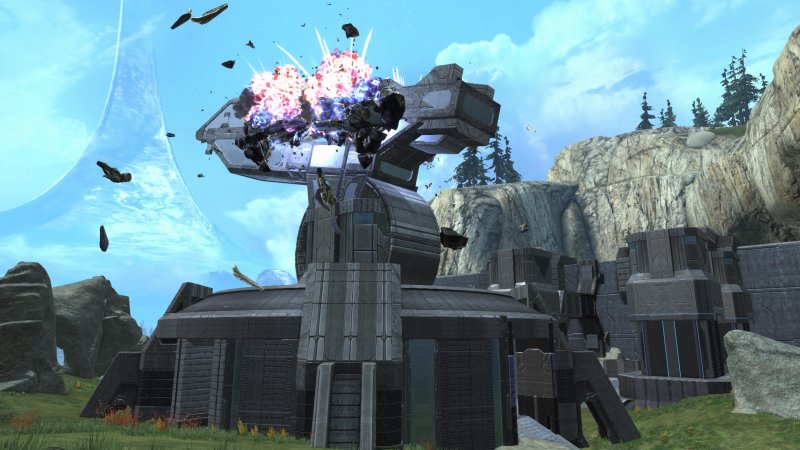 Just for the awesome aesthetic effect, the tyrant gun explodes once Phase One is over. 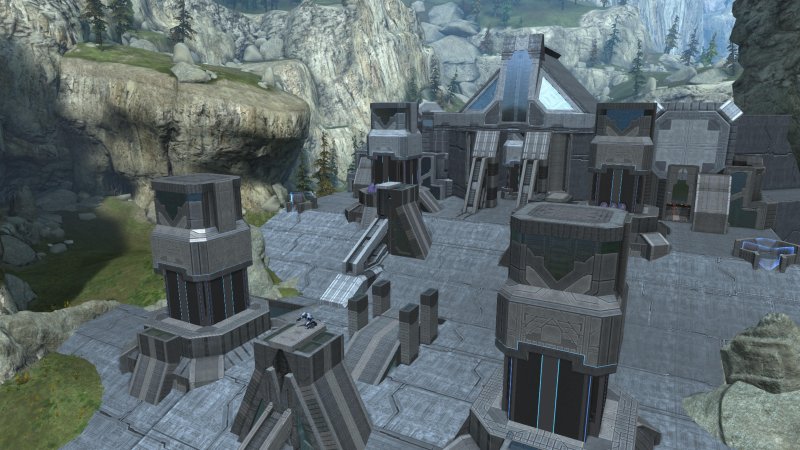 Fought through Phase One? Get ready for Phase Two. With precision weapons in both Spartan and Elite loadouts, the gameplay dynamic shifts from close quarters to long-range. Approaching Spartans have a significant height disadvantage when moving up, and the Elites have a very fortifiable position to pick off Spartans as they fight an uphill battle. This is exacerbated by the fact that the Elites are given concussion rifles and focus rifles to enhance their effectiveness at range. However, the Spartans have a secret weapon: Falcons. 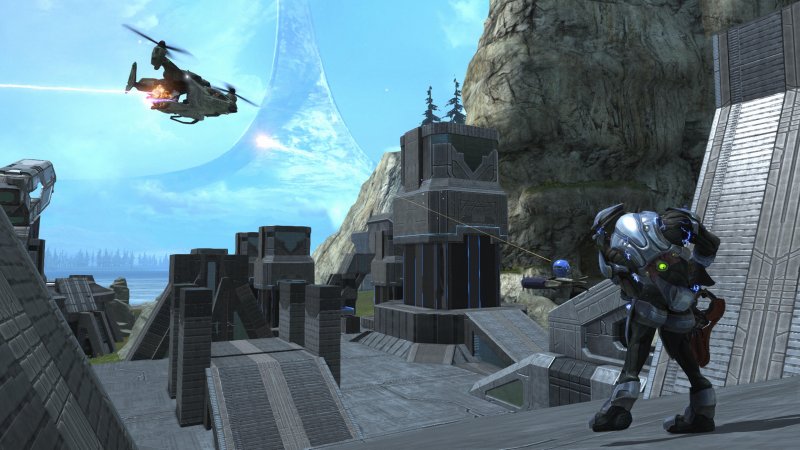 The two falcons that the Spartans are given access to are absolute powerhouses on the map. The Elites are given little means to counter the falcons, only able to do so using plasma pistols. When the falcon is in play, Elites must focus fire on it in order to take out any gunners. Since the Elites are given little cover from the sky, falcon gunners are able to rain fire upon them, pushing them back so that ground forrces can capture the territories. In addition, since players can spawn in on one another, gunners can spawn into the falcon, meaning that it is a consistent threat as long as it stays in the air. 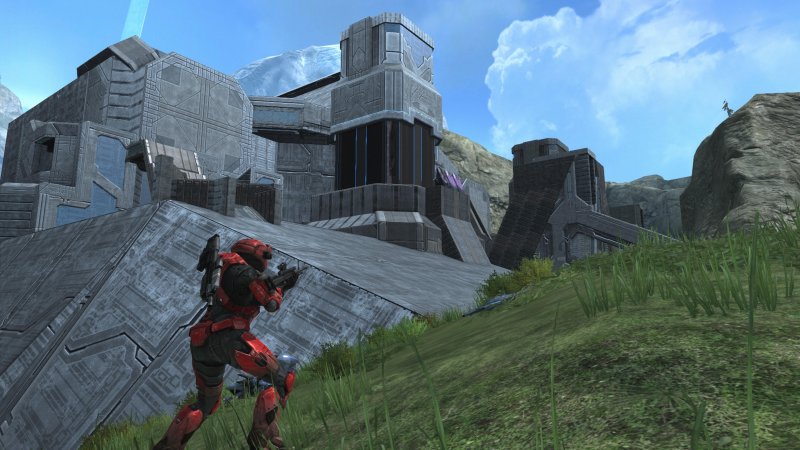 This creates an interesting, cooperative dynamic for the attacking Spartans. In order to capture a territory, Spartans must make a coordinate ground assault with air support. Without one or the other, the Spartans don't have much of a chance. 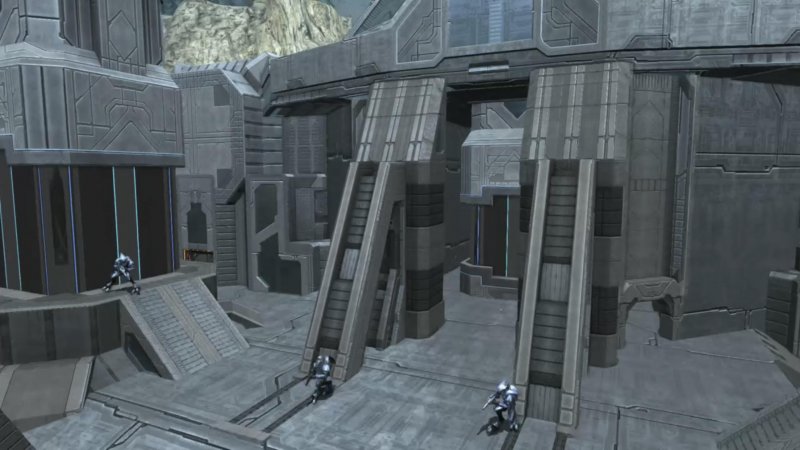 If the Spartans make it to Phase Three, the Elites must retreat slightly into their fortress and defend their core. This phase plays similarly to Phase Two in that air support is absolutely critical. The Elites are given fuel rod cannons which are fantastic for defense, and having the energy sword as a loadout weapon makes penetrating the base more difficult. however, the Core is located near the entrance, meaning that the Spartans need only break Elite defenses for a few moments in order to steal the core. 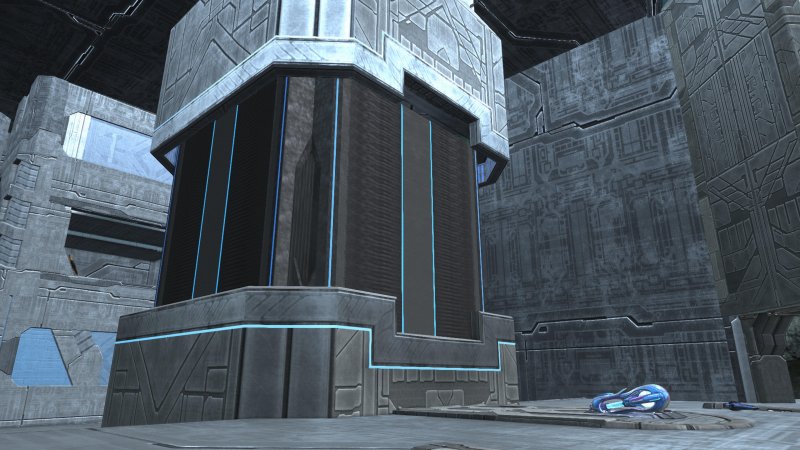 Once the Core is out of the base, the falcons come back into play, making the core much more difficult to retrieve as it was to defend. The further the core is from the fortress, the harder it is to retrieve. Hence, the Elites must never let their guard down.

GT: n0mnom321
Gametype is "Invasion: Starfall", or you can use regular invasion and switch the attackers to Spartans.
Download the map from my file Share