You are using an out of date browser. It may not display this or other websites correctly.
You should upgrade or use an alternative browser.
Overview Updates (1) Reviews (1) Discussion 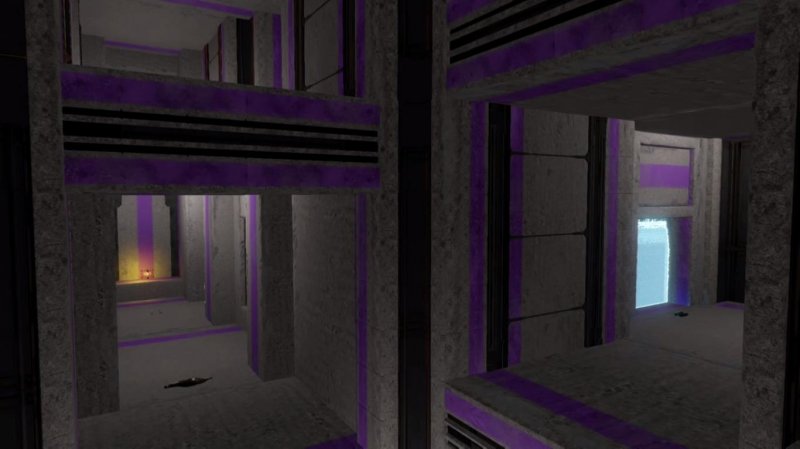 I am back with a remake of a map that you either loved, hated or never heard about. On Halo 4, Checkmate was a 2-6 player map designed for Slayer and Oddball matches. I had just finished my other map, Cryptic, where I had been working with interior spaces inspired by elements of Halo CE map design, blended with newer design elements we see in more recent maps. At this point in time, I was particularly interested in this old-school map design, especially with maps such as Rat Race and Chiron TL-34, as they were both maps that ignored most of the conventional design elements I had been seeing in forge maps. I wanted to test the idea of using simple geometry while maintaining plenty of depth to the design and allowing players to create their own interesting tactics on the map. 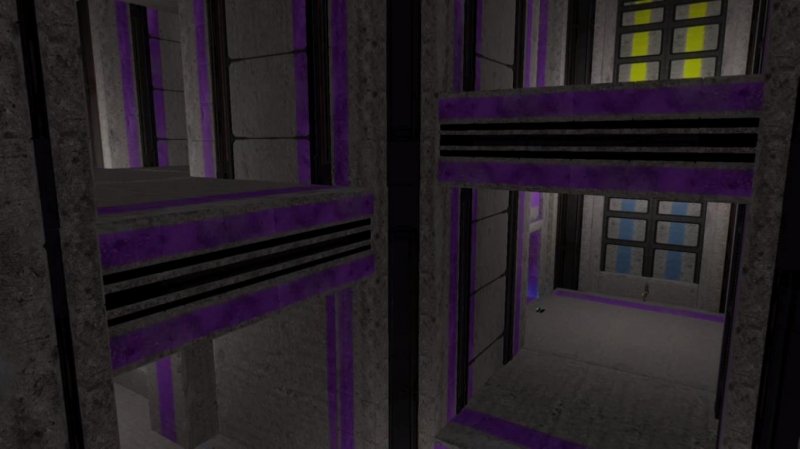 When I started designing this back in Halo 4, I was already beginning to irritate those that felt everything should be color coded for typical call-out and orientation purposes. Plenty of people found the map too punishing and some felt that the layout just made absolutely no sense. To me, this meant I was heading in the right direction. The biggest issue with half the modern maps I was playing was that I didn't have to think to play them. The dumbed down layouts of typical maps (I mainly refer to the on-disc maps that made me sad here) did not hold that same interest to me that older maps did. I felt that old Halo maps always had more depth to the strategic play on offer than you would at first realize. This style of map design is something I enjoyed revisiting. 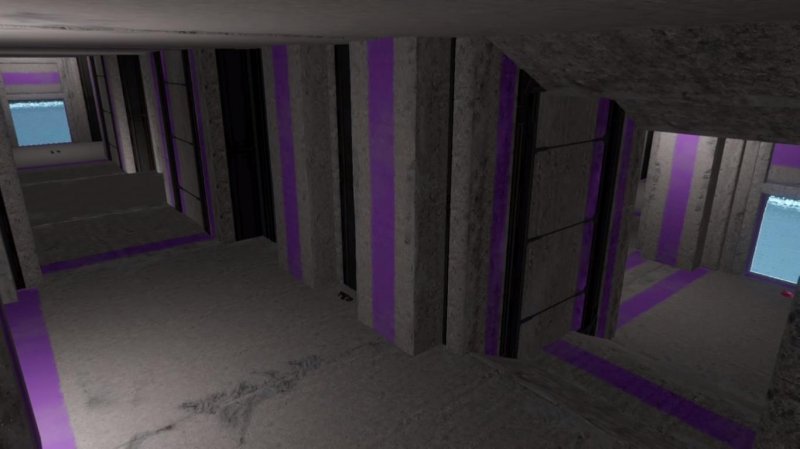 To get to the top of Checkmate you can either walk, teleport or jump there (another convention of modern maps is that there is typically multiple hard routes to the upper levels) and there is also a gravity lift. I intended to work these four modes of travel in purposeful ways that could be used by the player in smooth succession. Power position and weapon control is the focus of many maps but it was really that mind game that I wanted to get out of this map. In testing Checkmate on Halo 4, I was thrilled to see people inventing their own strategies and out-smarting me on my own map in many cases. 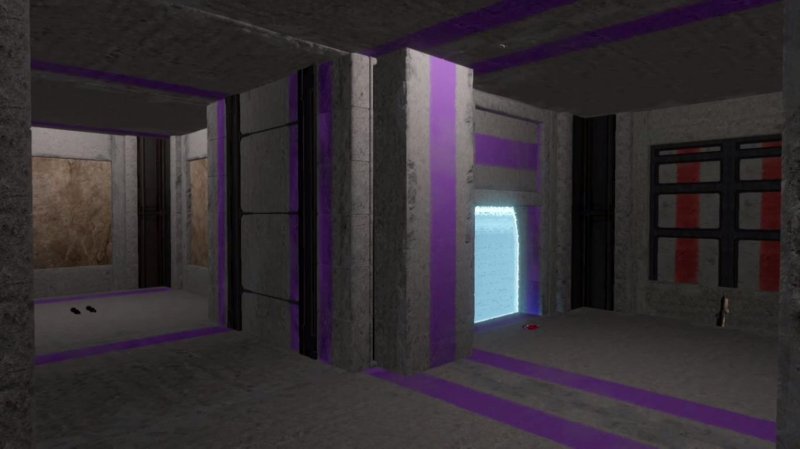 Bringing fluid map flow through promoting strategy and player movement on a vertical map can be challenging since people will naturally want to always be at the highest point they can reach. Checkmate counters this with it's layout rather than just placing a rocket launcher at the bottom of the map. Camping is fairly discouraged as space around the top is quite limited. It is easy to fire on the top level from the opposite side, throw grenades up the drop-down next to this top level or teleport to the second highest level from the bottom of the map. 4 Plasma Grenades now spawn in a cluster beneath the top drop-down where previously in Halo 4 a Jetpack spawned. Rather than encouraging players to fly up the drop-down with the Jetpack, the map now features an Active Camo (120 seconds spawn time) that floats above the drop, which brings in its own unique options to how to play the map. 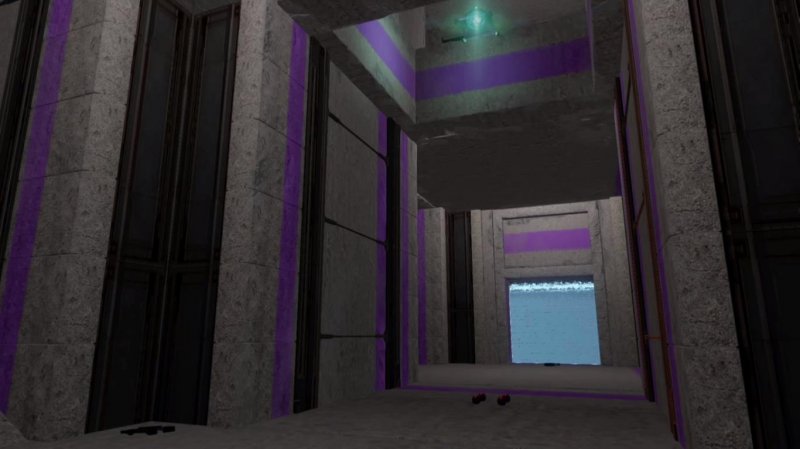 In addition to the Camo there is a Sniper Rifle, Brute Shot and Overshield up for grabs. Red and blue Plasma Rifles can be found at the teleporters leading to the corresponding teams spawn. A Suppressed SMG spawns by the teleporter at the bottom, ideal for quickly assaulting the top of the map and quite deadly when combined with the Plasma Rifles. There are many other dual-wieldable weapons to be found around the map. 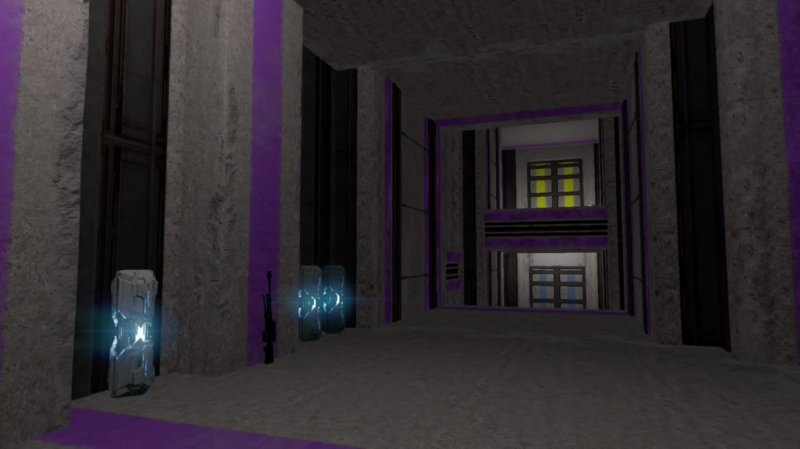 The central atrium offers players plenty of freedom in how they want to move around the map. Jumping from one side to another is easy. Players can also traverse vertically from the bottom to the top level in six jumps.
This brings a high level of connectivity throughout the map. The layout can seem confusing at first but after one game, players should begin to have a strong grasp of the layout. The map has seven levels and players should use these levels, pickups and other features such as drop-downs, the lift room and different wall textures to define their call-outs and points of orientation. 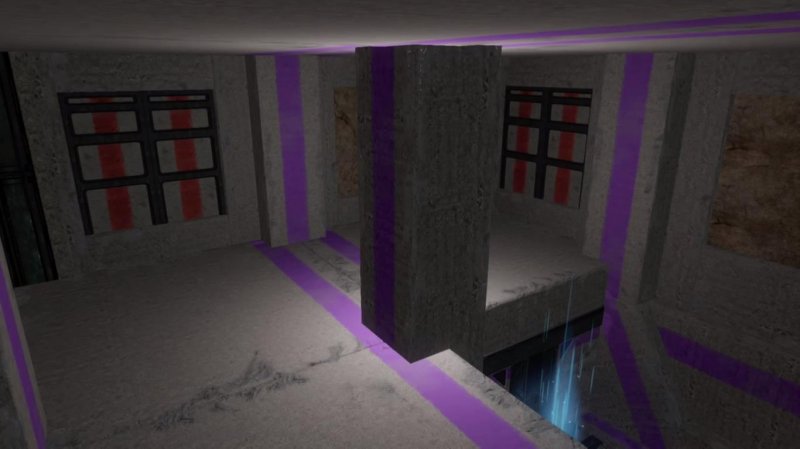 Visuals and orientation should be greatly improved over the original. Now the lighting has been improved and with the greater variety of wall textures, the map should be less confusing to those baffled by the previous version. It is also important to note than when you exit a teleporter you can immediately see a colored wall surface to indicate which side you are facing. 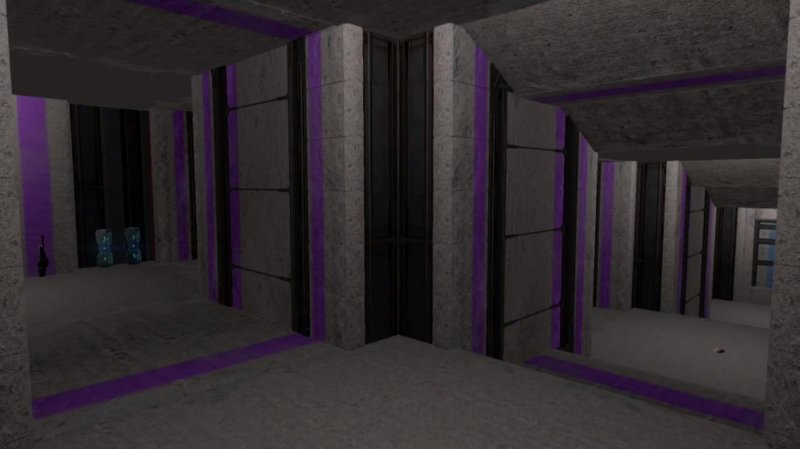 Testing has proven Checkmate to be a love/hate map so you should give it at least a couple of games to understand its surprising complexities. I hope some of you will enjoy this map as much as I have and if you don't well, I don't blame you.
Reactions: CANADIAN ECHO, Fraw Lawk, AlexJ189 and 10 others