"Recently discovered by ONI expeditions, this structure's origin and purpose remain a mystery." 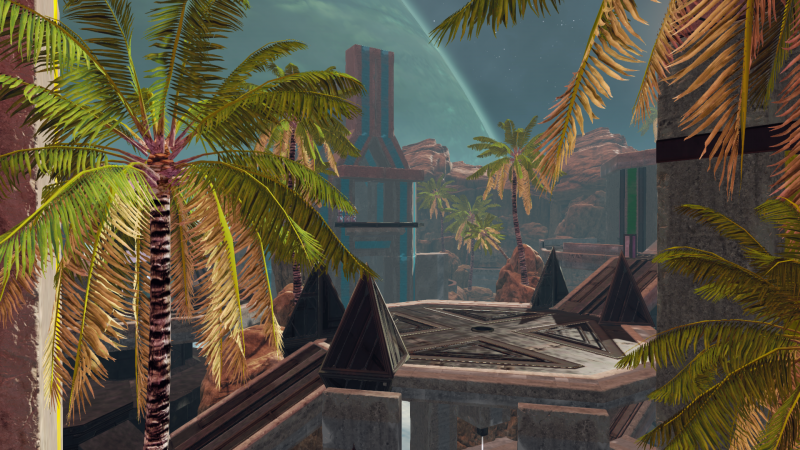 Obviously, this is a guardian/lockout-inspired map; an asymmetrical map based around a centralized structure. 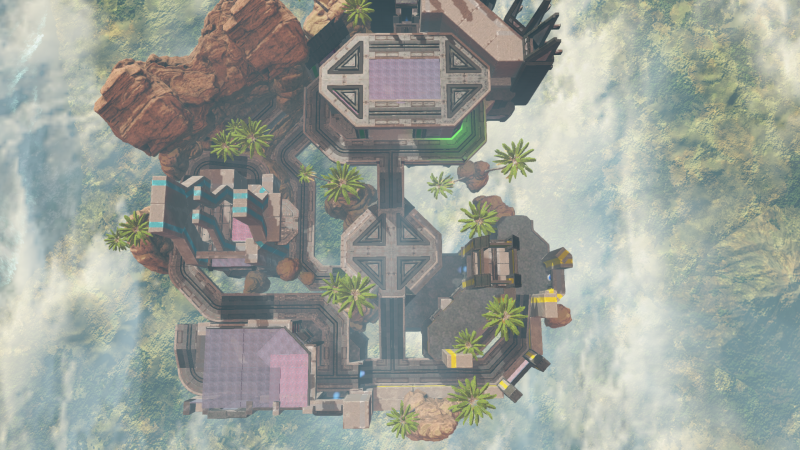 This map has 4 seperate towers, which are as follows: Snipe, Gray, Green, and Gold/Yellow. There is also the central structure, and the many routes between the towers. There are multiple hard routes to each location, as well as several skill jumps to get from point A to point B.
This map has quite the learning curve. 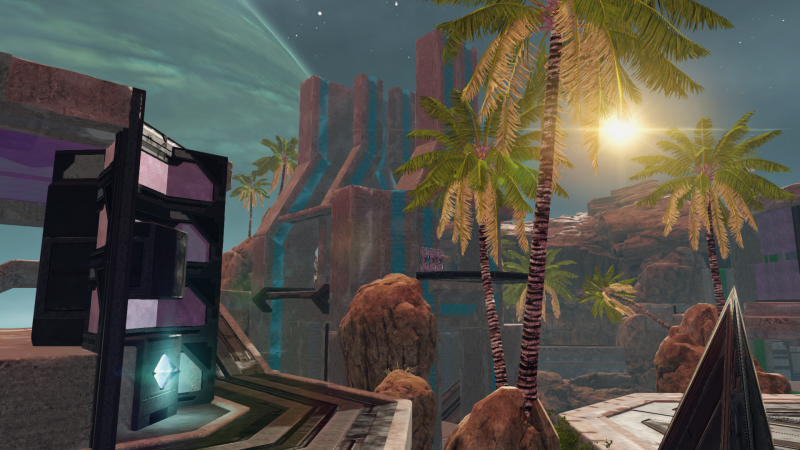 Outside of Gray(camo), parts of Snipe Tower 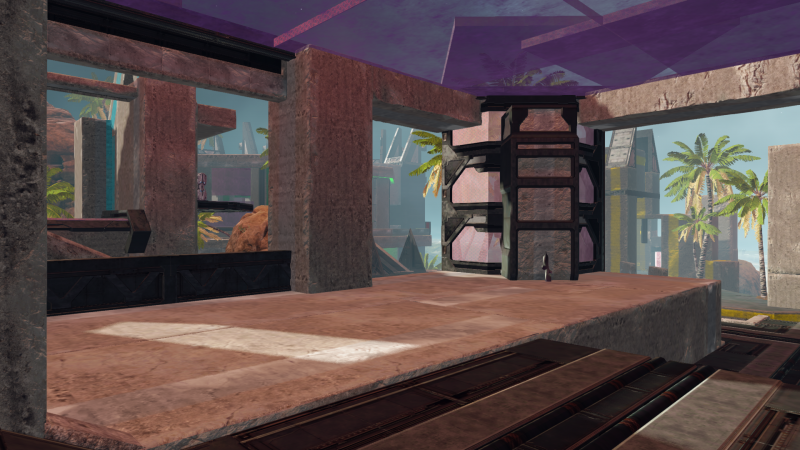 Gray Tower. Blue team spawns on the bottom level of this tower. Sniper Tower. Sniper spawns in the back. 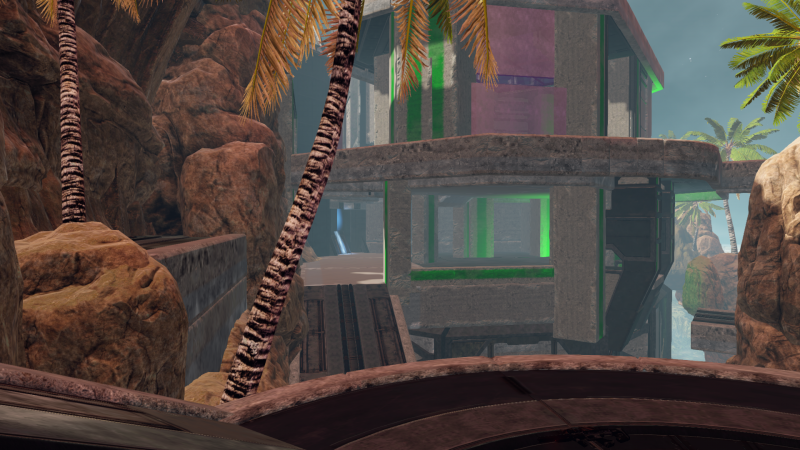 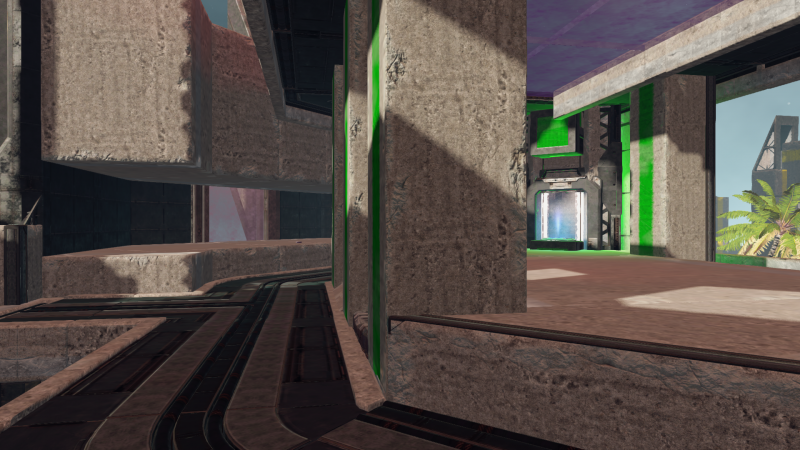 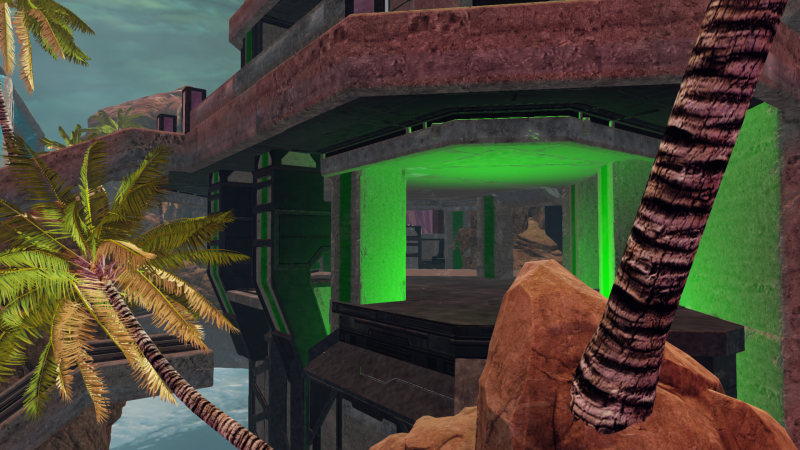 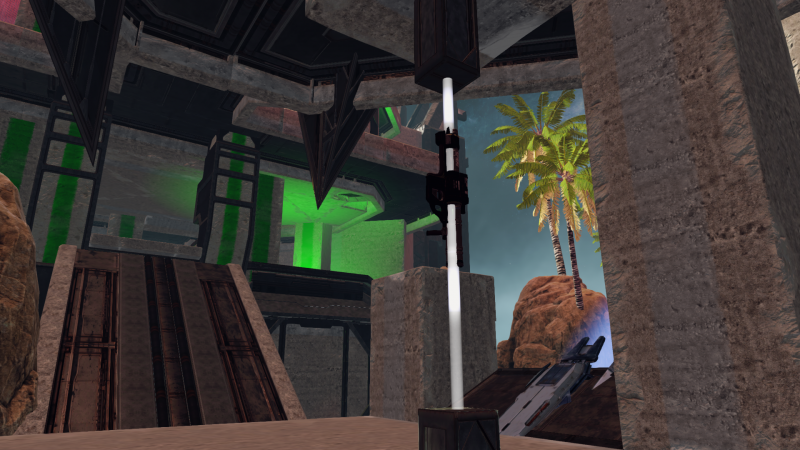 Bottom Mid. Directly in the center of the map, with routes to each tower, as well as a lift to Gold and a Rocket "Lawn Chair." 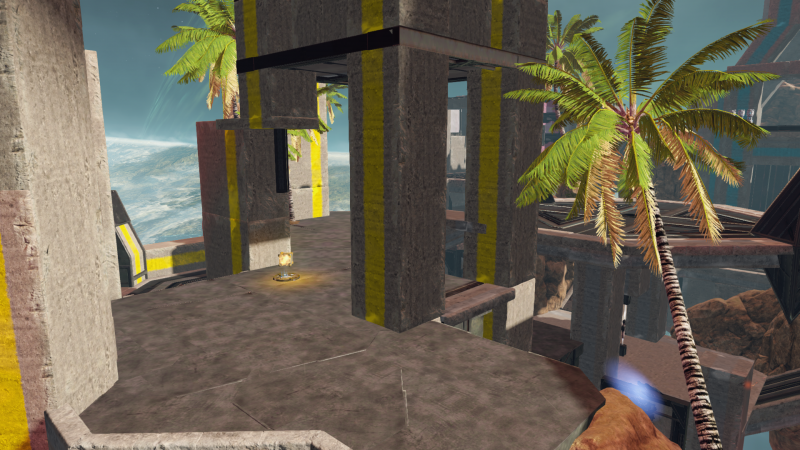 Front Gold, Back Gold seen in the picture's background (the corner with the strut). Overshield spawn, lift landing, and sender node directly behind the pillar on the left. To the right, there is a risky but useful rock path to Bottom Green. 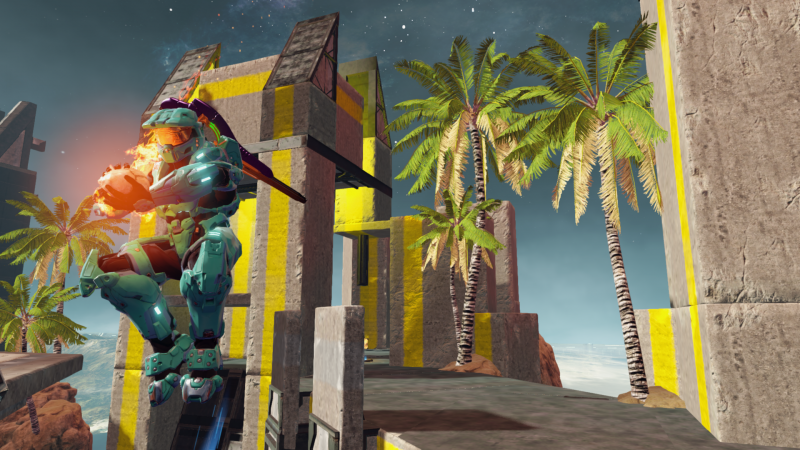 Another view of Gold Tower. You can see a small lift from Bottom Gold to Front Gold/OV spawn.

The abundance of powerups and power weapons is something taken directly from Guardian's philosophy, which is that a good amount of power weapons (not too many though), will ensure fast-paced gameplay. Surely enough, that can be said about Index as well.

Something notable about Index is that no one position is too overpowered. Each tower has a different "gravity" due to the distribution of power weapons, influencing teams to spread out across the map. This is a win-win, because it 1) is a demonstration of good map flow and 2) shows that teams need control of multiple areas in order to achieve map control, similar to Lockout's BR/Library combo.

A few more things to note before I wrap this up is the map's aesthetics and it's replay-ability. According to those who have helped test Index, this map is very pretty. Some of those who have given me feedback have ssaid this is one of the best-looking forge maps they have seen, which I feel makes it stand out in the crowd. Also, due to the power control discussed in the paragraph above, this map is very replayable, with a different gameplay experience each time that remains competitive, and, most importantly, fun.

Special thanks to those who helped in the map's creation and for giving feedback:
Thank you for viewing my map and reading through the description!
Please give me some feedback, comment or w/e, it helps a lot with the development of this map.

Have a great day!