Solar is an asymmetric 4v4 map and was originally designed several months ago. Since then through testing and feedback has undergone several redesigns and changes. Which I think has greatly improved gameplay especially with oddball, but the map also supports Slayer and KoTH.

Power weapons consist of an Energy Sword located on top gold. A Sniper Rifle at bottom mid and an Overshield on top blue.

Feel free to leave any feedback. You can also download the map from my fileshare. My GT is moo43.

A special thanks to MartianMallCop, Psychoduck, Kurismic and everyone who helped test the map. I really appreciate it. 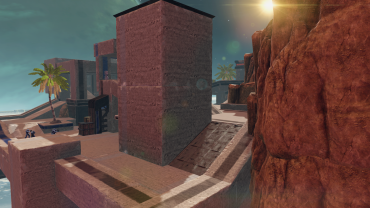