**To download the map (until we get a supported file browser), go to the roster, click A on your name, type in "xXBarthXx" into Search Player, download my map(s)!**

What's up Halo Customs community! It's been over 3 years since I've posted a map here, and it feels good to be back! For those of you that have been following me over the years, you know I'm a sucker for remaking maps in Forge. Well, I decided to do it again, but not quite how you would think... instead of remaking a map from another Halo game in Halo 3 I remade a map from Halo 3... in Halo 3! This is Sandbarth!

What is Sandbarth? Sandbarth is a Sandtrap remake scaled down to focus more on 4v4 gameplay. It supports up to 16 players and supports all game modes the original Sandtrap supports.

Now you may be asking yourself "why would you waste your time and remake a map that is already in Halo 3?". And there are two answers to that question.

1. As I explained above, I wanted to make a version of Sandtrap that supports smaller teams of 4v4.
2. This is a project that has literally been 10+ years in the making, and with the addition of updated tools and object count to Halo 3 I wanted to finally finish the map I never got to finish.

I have tried to replicate weapons and spawns the best I could. For the most part, I used Sandbox's weapon set and added a few extra weapons that were on Sandtrap here and there. Weapon placement is 90% the same as the original, but slightly modified to better fit this map's layout. Spawns are almost 100% the same, just a few spawn points have been deleted since the map is not as big and they are not needed.

This map has really come along way from where I started back in 2009. I was unable to finish the map due to the lower number of objects allowed to be spawned, and without the proper tools it looked like a mess. Below, you can see the difference between the 2009 version and the 2020 version: 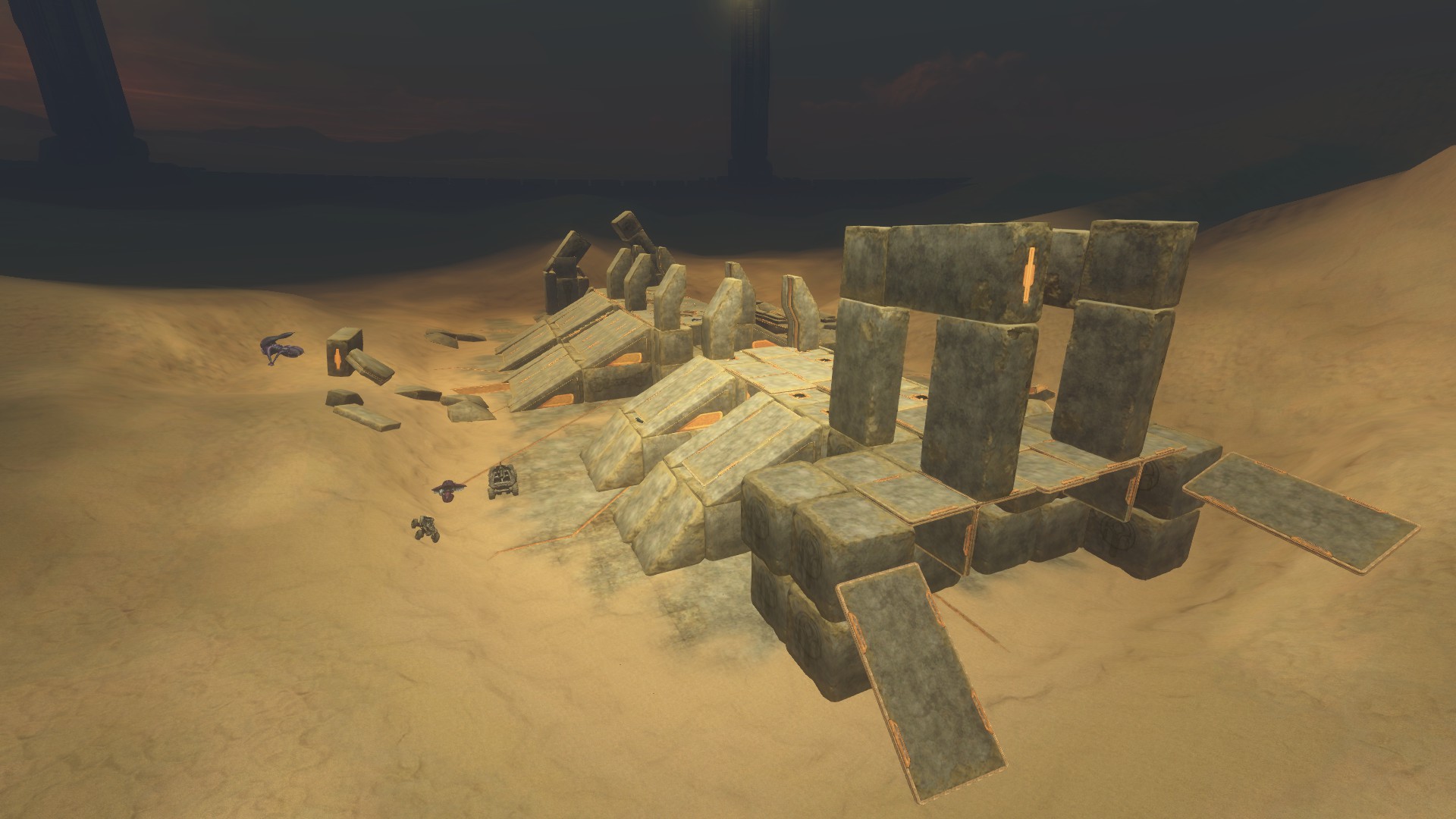 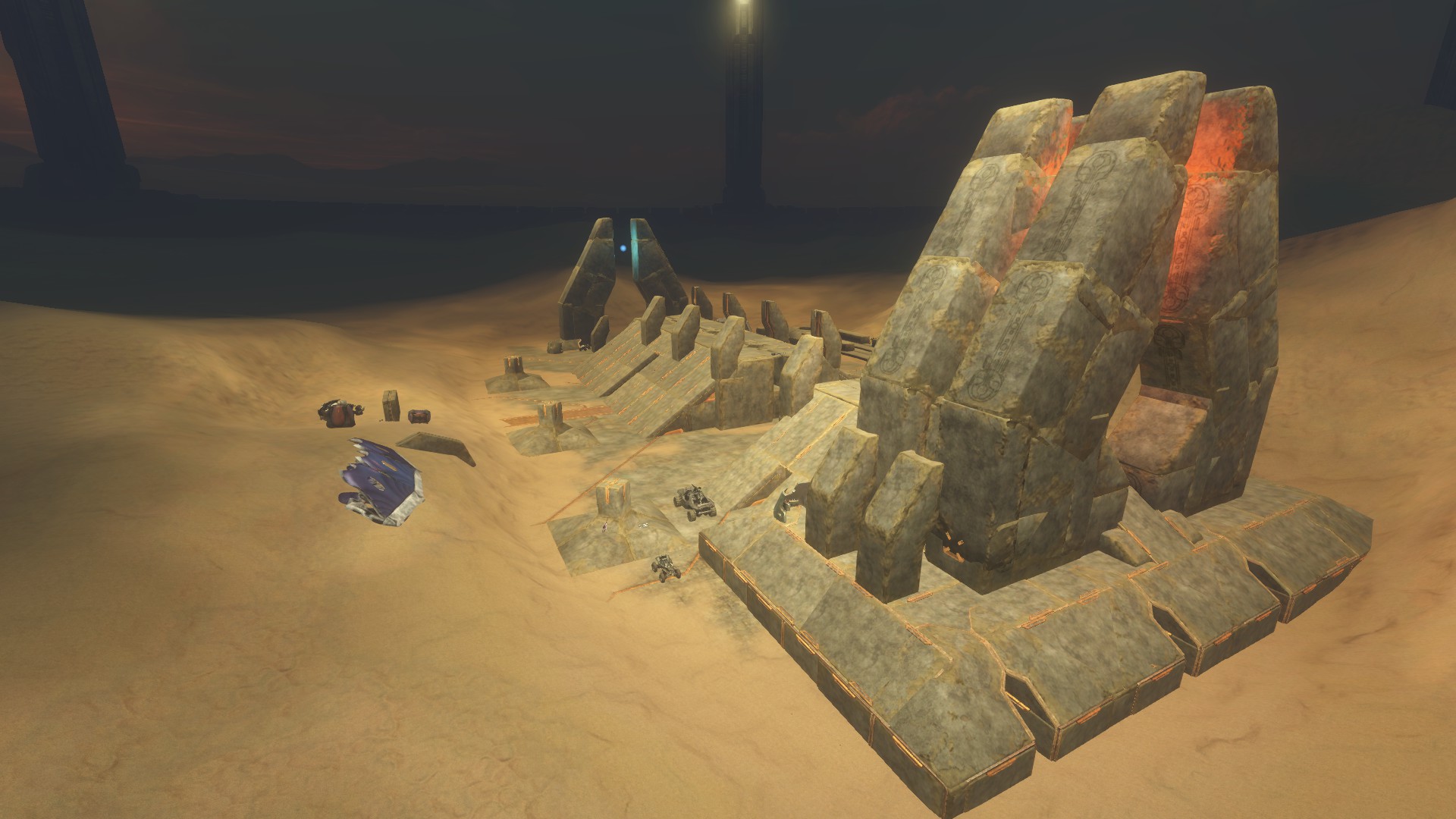 WARNING: Now with the addition of tools and object count, there is a downside. Once you download the map you will notice object lighting flickers when too many objects are on the screen at once. This is just a limitation of Halo 3's forge since it was never meant to have this many objects on a map at once. I've done my best to clean it up and make it the best it can be, but there isn't much else I can do.

Special shout out to ThePsychoDuck for helping me boost the object limit even further. Apparently if you delete the default Sandbox objects they don't go back to your total object count. This is also a limitation of Halo 3's forge and 343 is looking into fixing this issue a little later down the road. Here is his explanation:
https://twitter.com/i/web/status/1285772591152590848
Enjoy!