Go to bookmark/download
You are using an out of date browser. It may not display this or other websites correctly.
You should upgrade or use an alternative browser.
Overview Updates (6) Reviews (1) History

For more info, visit the original thread at
xboxchaos.com

"Combining the traditional arena-style gameplay from older titles, with some new elements available in Halo 4, this is where the best of both worlds come together." 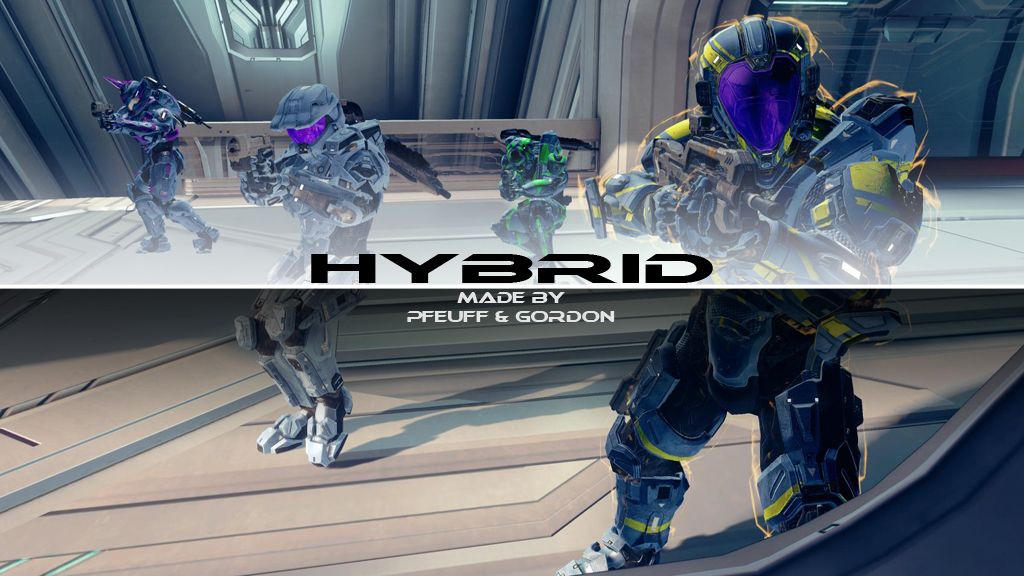 In Hybrid, players start off with basic weapons & equipment, similar to traditional arena shooters. Each ability grants the player a unique Armour Mod (perk) when equipped, and there's also an element of VIP included, commonly referred to as "Bro traits", to provide an interesting way to play. When bro traits are enabled, players can share armor mods with teammates at any time, within a set range.

You can even apply your own trait sets to certain AAs in the gametype options player trait menu, for further experimentation.

There are some visual aids present in Hybrid, which help identify what ability, mod or traits a player has... both to the individuals, as well as their opponent(s)/teammate(s). This helps players predict the outcome of a fight much sooner than it happens, and provides an opportunity to form a strategy.

Very fun! So great, I made a video about it :D