Wild Goose Chase
by the one and only BC!! 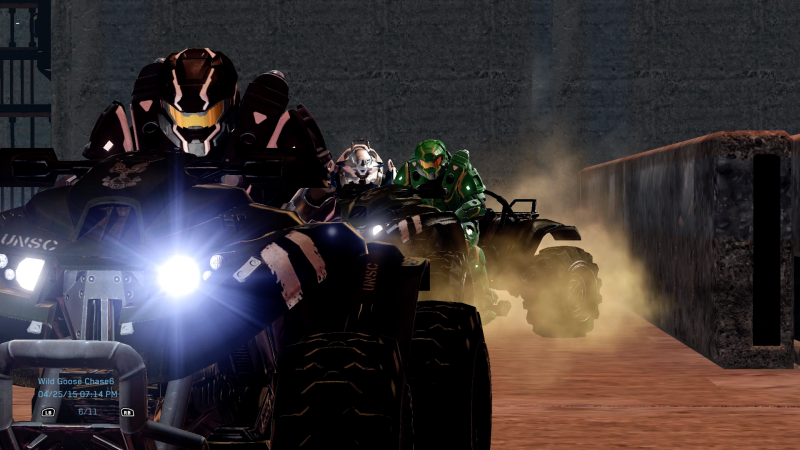 This minigame is about holding the hill for the longest time (without occupation) and occupying others' hills, so that they don't rack more points
The Spawn 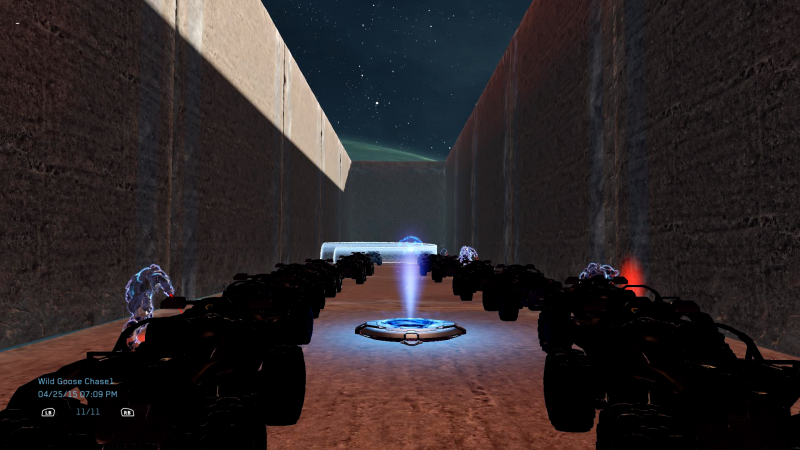 This where it all begins, the player must get into a mongoose as quickly as possible, or else, a kill ball will appear, killing and destroying any leftover mongooses, AFCs, and anyone who wasn't quick enough. When you do hop on the mongoose, you will move to the arena, the place where all the action happens 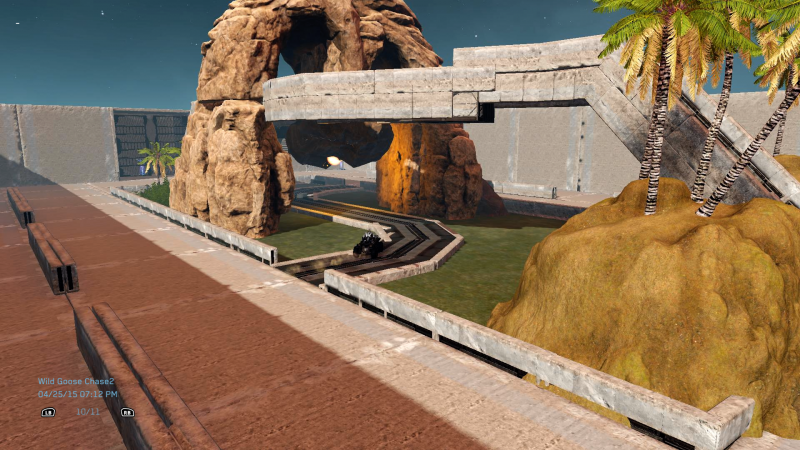 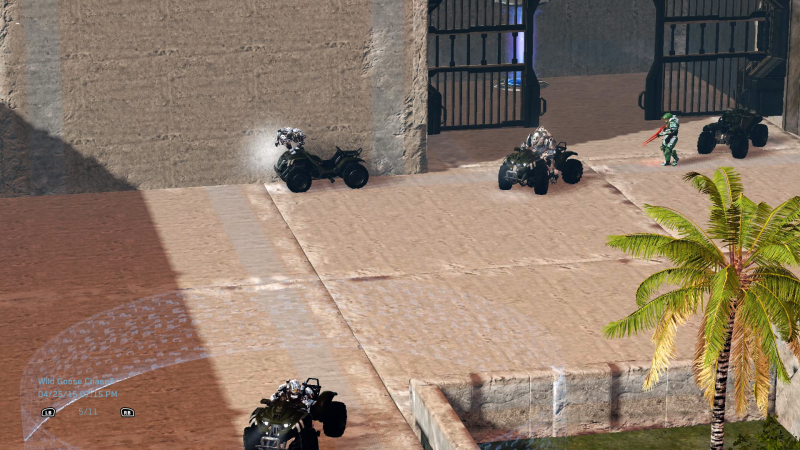 As you can see, its a large place with a overpass, lanes, two escape ways, and booby traps *laugh*.
Escape Ways 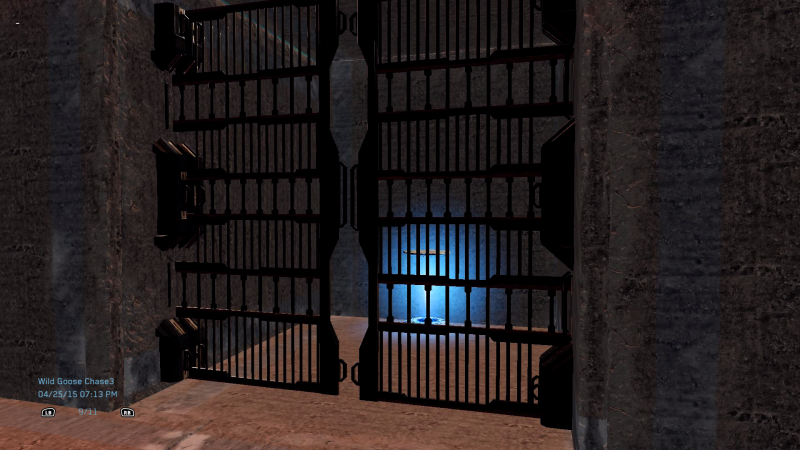 Getting methodically gang-raped by a thugs on ATVs and looking for a way to escape? well look no further, there's two gateways on both sides of the arena. How they work, you might ask, well basically what you do is you go in and teleport to the other side, as simple as that (kinda like pac-man), of course since there will pros out there, so the gates are meant to buy the chasers time to catch (so that the noobs don't rage quit, and ruin everybody's fun). While this won't promise that you'll escape with the jackpot, its at least worth a shot, but rage not, this isn't your only hope.
The Overpass 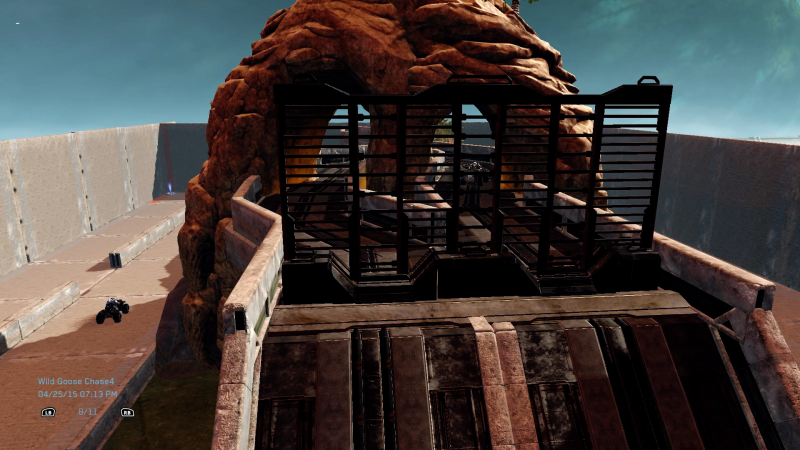 The overpass, its a sign of hope, and at the same time a sign trouble, this lets you drive across the arena without going through the gates or the underpass (as pictured earlier), and leap over other players who might be waiting for you on the other side. The downsides of taking this route include getting trapped, flipping over, and stalling. If you're chasing someone, the overpass could give you a tactical advantage, there's a switch(pictured below) that spawns on one side of the overpass, later in the round operating the gate(pictured above). 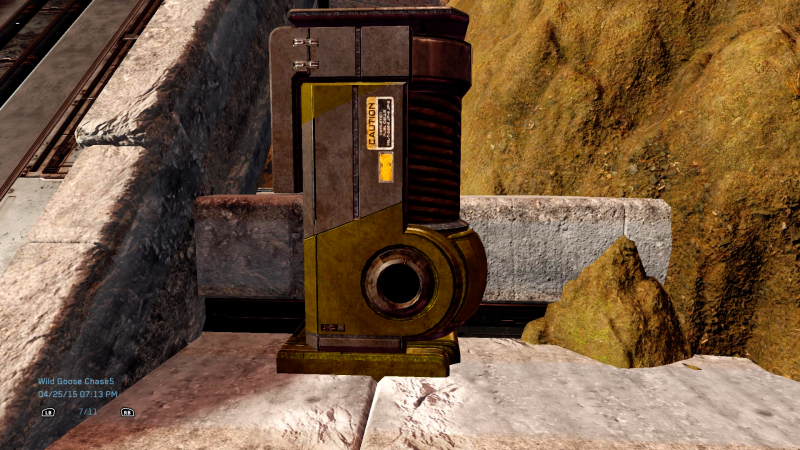 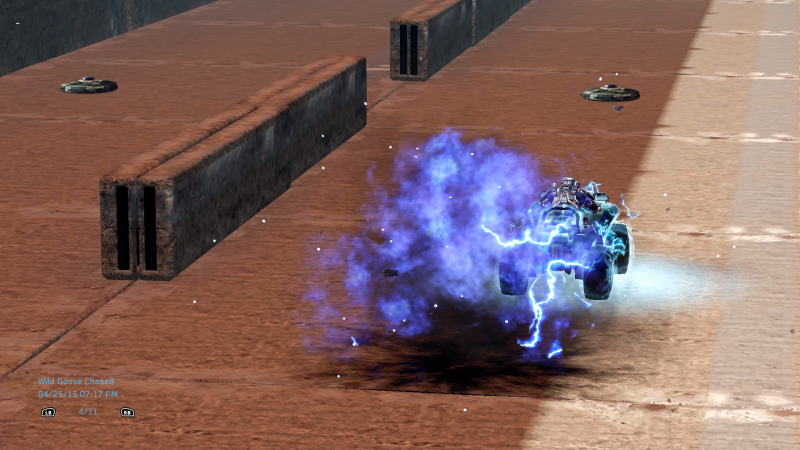 These are the REAL booby traps (if you know what I mean). If don't know what an EMP mine is, its basically like a normal mine, except instead of hurting anybody, it temporarily disables your vehicle, allowing for gang-rape (ಠ╭͜ʖ╮ಠ). Fortunately for the noobs, these traps don't spawn until at the last minute, and if you're playing with less than eight people,
they're fairly easy to avoid.
And lastly The Traffic Control(aka Gates, Roadblocks, whatever you wanna call em) 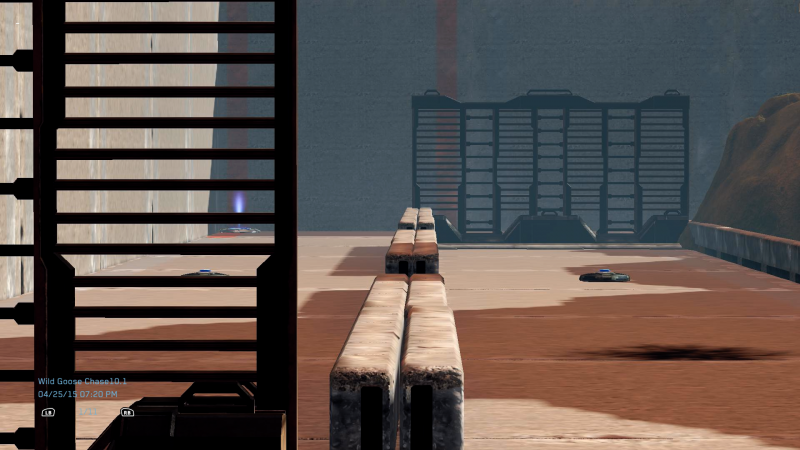 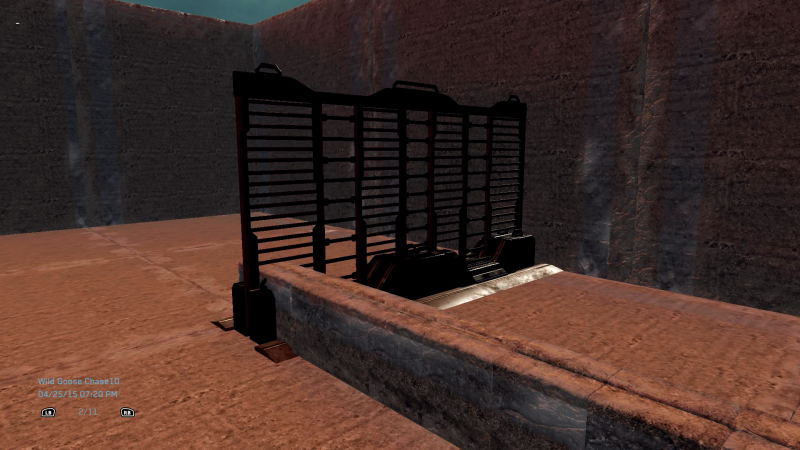 Just like the mines, these traps(which are more like tactical gadgets), spawn at the last minute(with switches located by the Escape Ways), stalling anybody, or anybody looking to wreck some skrubs.
Closing

This map is a lot of fun, I got good feedback from my lobbies, unfortunately due to H2A's bloody miserable condition at the time, I was unable to see how the minigame would play, even with sixteen players, but times may have changed since then (it's been a while).

If you're wanting to download this minigame, its available in my file share, just follow "Bad Company 173" on XBL, and you should be able to find it, anyhow this is BC signing out