Custom Gametype Name
In Your Base 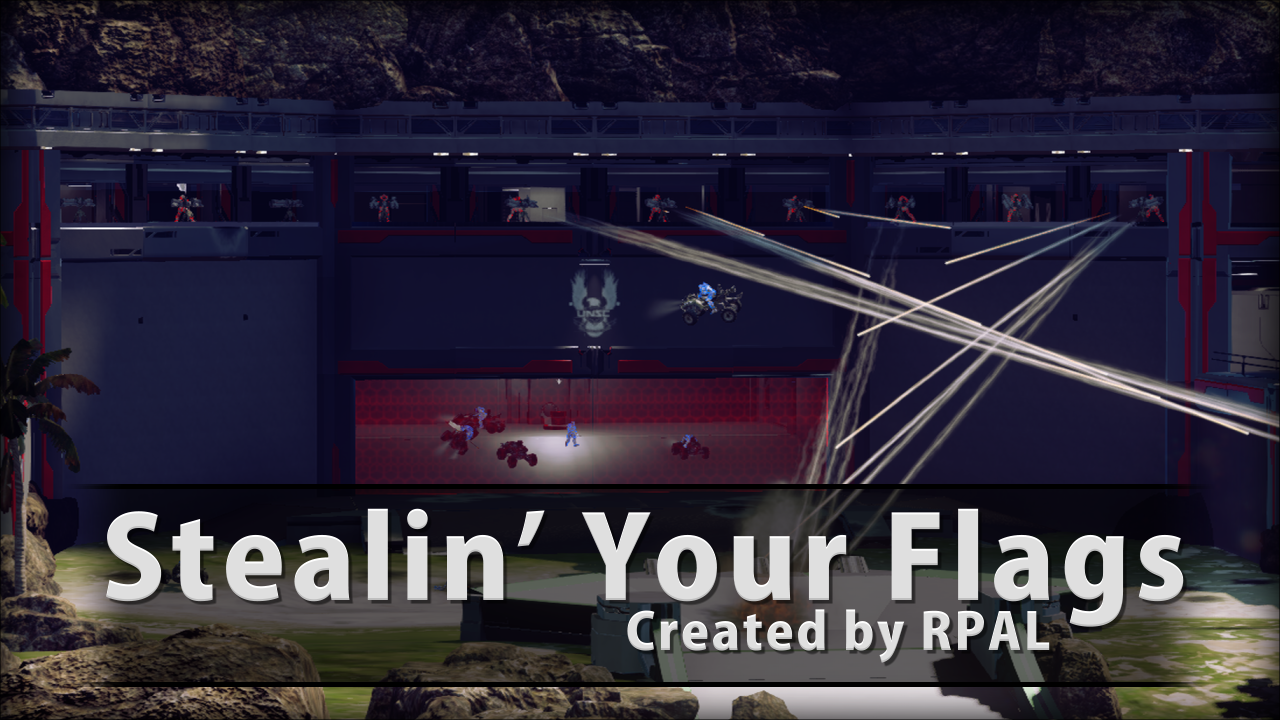 On New Year's Day 2011 I released what would become the most successful map of my forge career--today I am pleased to be sharing a new version of that very same minigame for Halo 5.


*I am going to go into a lot of detail below. You can skip it all by scrolling down to the gold download section if you want to get your spartan straight into the action*

Prelude & Objective:​
The objective of Stealin' Your Flags is very simple: two teams rotate between capturing flags via mongoose or defending the flags using rocket turrets. The team with the most captures over the course of the four round game (sides switch every 3 minutes) is declared the winner. That may seem like it would have been easy to remake over the years, but replicating the gametype itself has been a major problem because the original minigame used Stockpile. Halo 4 didn't have the tools I needed to recreate it properly--although Zandril eventually found a way do so successfully--and neither did the Master Chief Collection. I knew that I was never going to remake the map if I didn't have the ability to do the original justice, and without the proper settings or gametype it seemed like that day would never come.

I didn't think Halo 5 was going to be any different until earlier this year when I joined a random Spartan Company and was subsequently invited to help test a map made by one of its members. He said that his map was inspired by a minigame from Halo: Reach that involved mongooses capturing flags and defenders shooting rockets. When I saw the effort someone else put into bringing back something I created six years ago I became determined to figure out a way to make everything work. After a few weeks of testing potential workarounds for every issue, I figured out a way to recreate the minigame using scripts; five months of work followed before I completed the version of Stealin' Your Flags that you see today. 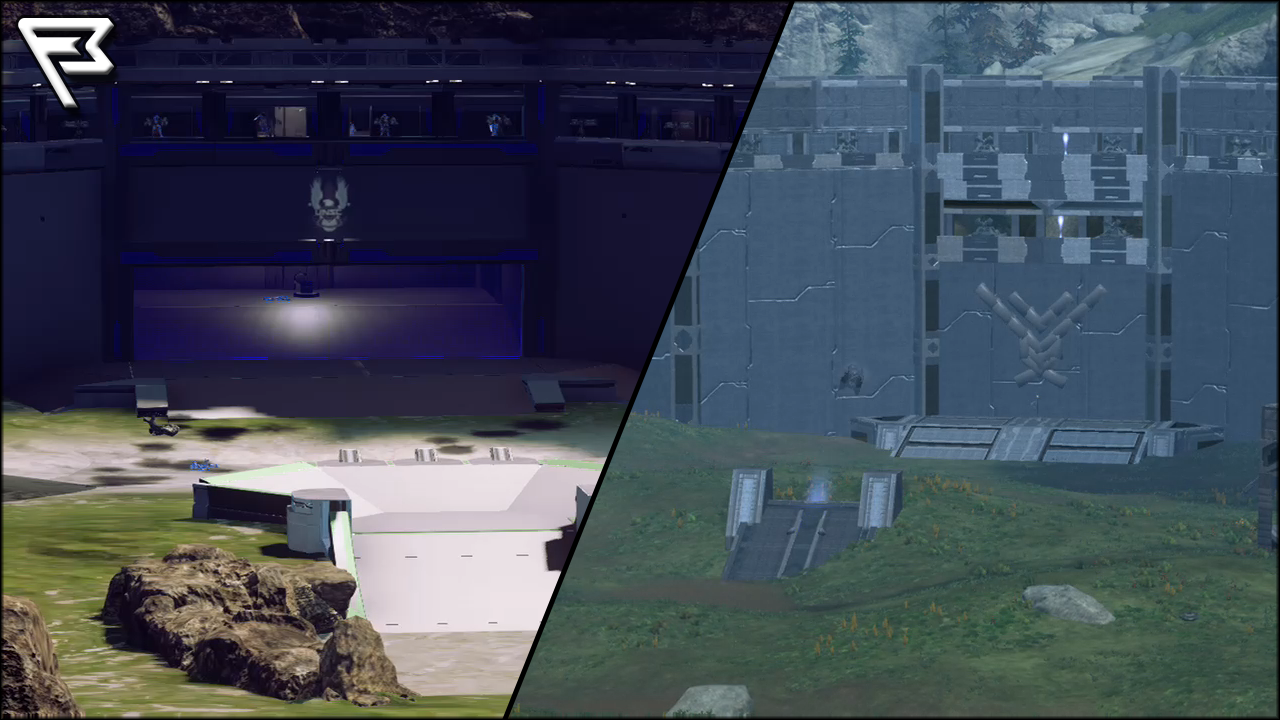 The new version of the base (left) compared to the original from Halo: Reach (right).​
The Current Iteration:​
The majority of the map has been completely re-imagined for Halo 5. Although part of me wanted to keep everything true to the original, I knew that the map was going to play differently so I decided to give the map a refresh and modernize the experience. Those who played on the original map will know that the playable area was essentially the entire valley of Forge World due to the limited Halo: Reach object budget; that area now has an even mixture of both open spaces and narrow paths for the flag runners to navigate through. I also decided to shorten the length of the map to decrease the amount of safe travel time required to and from the capture point.

Changes to the base structure include the addition of two more rocket turrets--bringing the total number up to 10. This effectively increases the number of options available to stop the attackers from capturing flags, making communication between defenders more important than ever before because each of the turrets have their own advantages and disadvantages. The outermost turrets, for example, can shoot the front entrance of the base but are generally restricted to covering the opposite side of the playable area due to their angle.

One of the other things that I really wanted to do was find a way to differentiate the first two rounds from the final two rounds. I came up with the doors that open the pathways to the decks fairly early on and I think they have been an amazing addition to the map. The last two rounds play differently as less and less people exiting the base at the same time or in the same direction. All of these types of changes present new challenges for both the defenders and the attackers. 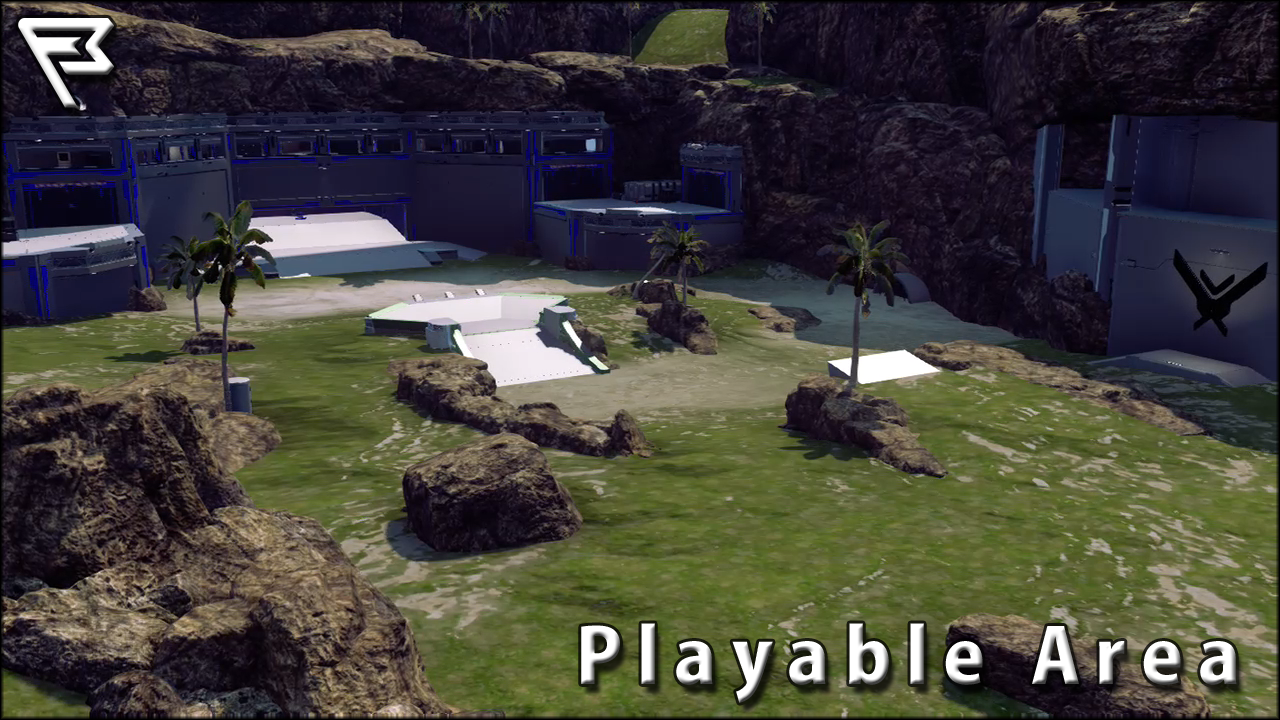 Fun Fact #1: It is exactly 1,000 in-game units from flag spawn to the flag capture point.
​
The Scripting:​
The scripting was a real pain in the behind to get working properly. One of the biggest issues I faced when trying to recreate the map was the inability to use the game's built-in rounds; using them would mean that the defending team could at best only ever achieve a draw as they do not have access to the flags. That meant that I needed to create four rounds of three minutes with triggers that would fire off sequentially exactly when the round ends. Everything had to be in a specific order with one part firing off directly after another or else the game would miss something during the swap. Here is a simplified version of what is happening every three minutes during the game:


All of this has to happen as close to instantaneously as possible because I was not willing to settle for any delays between the rounds. The game is supposed to be fast-paced and any down time from the action takes away from the excitement. 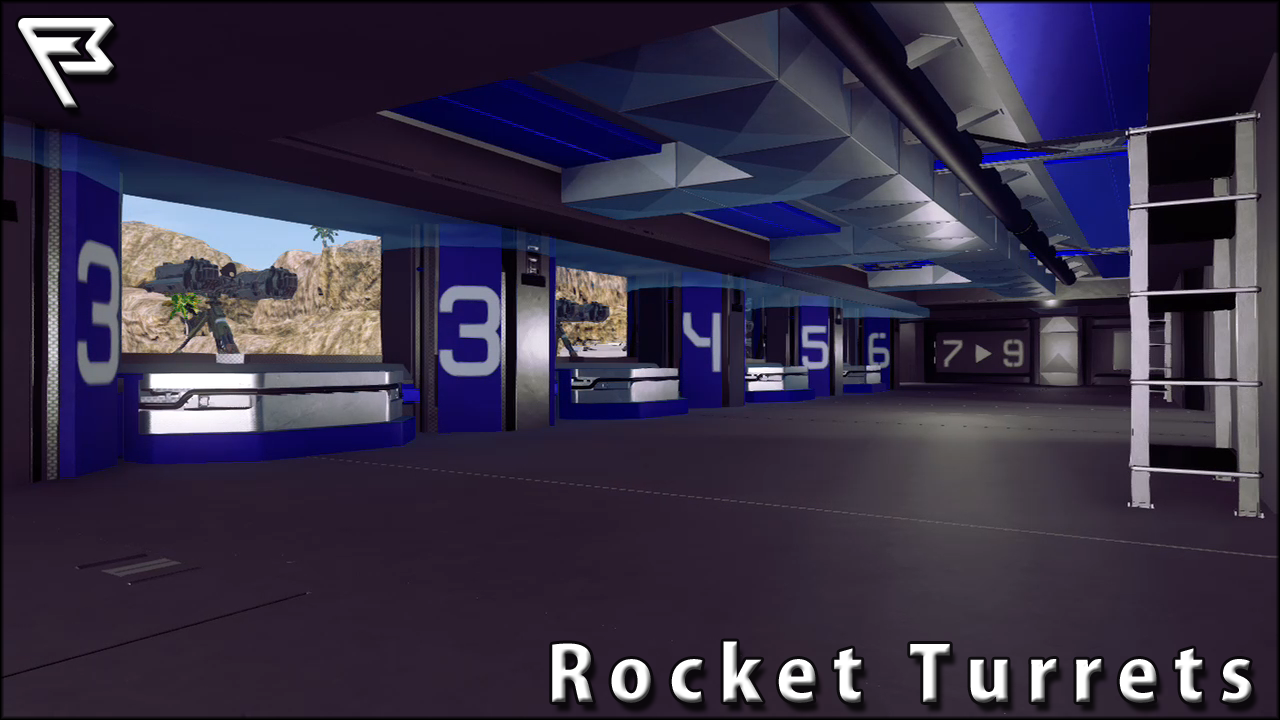 ----> HOW TO DOWNLOAD <----
​
There are a few extra steps that you will need to take if you would like to play on the map in Halo 5, so please follow all of the instructions very carefully and do not skip any that are
in gold:

IF for whatever reason you need to make a copy of either file, please remove it from being visible in the content browser--lets try to limit the number of both modified and outdated versions from showing up so other people won't accidentally save broken files. Please remember that I cannot push updates to fix the files if you decide to go this route; you'll have to check back here to get them working again.

2) CHECK THE VERSION NUMBERS:
I will change the version number in the description every time I have to modify the two files. If you save a copy of either file, please subscribe to this map thread to receive a notification when I release an update.


---> DOWNLOAD MAP <---​
4) BOOKMARK THE GAMETYPE:
The gametype is REQUIRED to play on the map--as in it will not work without it.

The gametype is called "In Your Base". There is only one way of getting the gametype and that is through the in-game content browser by searching for my gamertag: RPAL. This is due to a glitch where variants of Neutral Flag do not appear online at Halo Waypoint, so it is impossible to find it on there. I'll update this thread with a link if that problem every gets resolved. 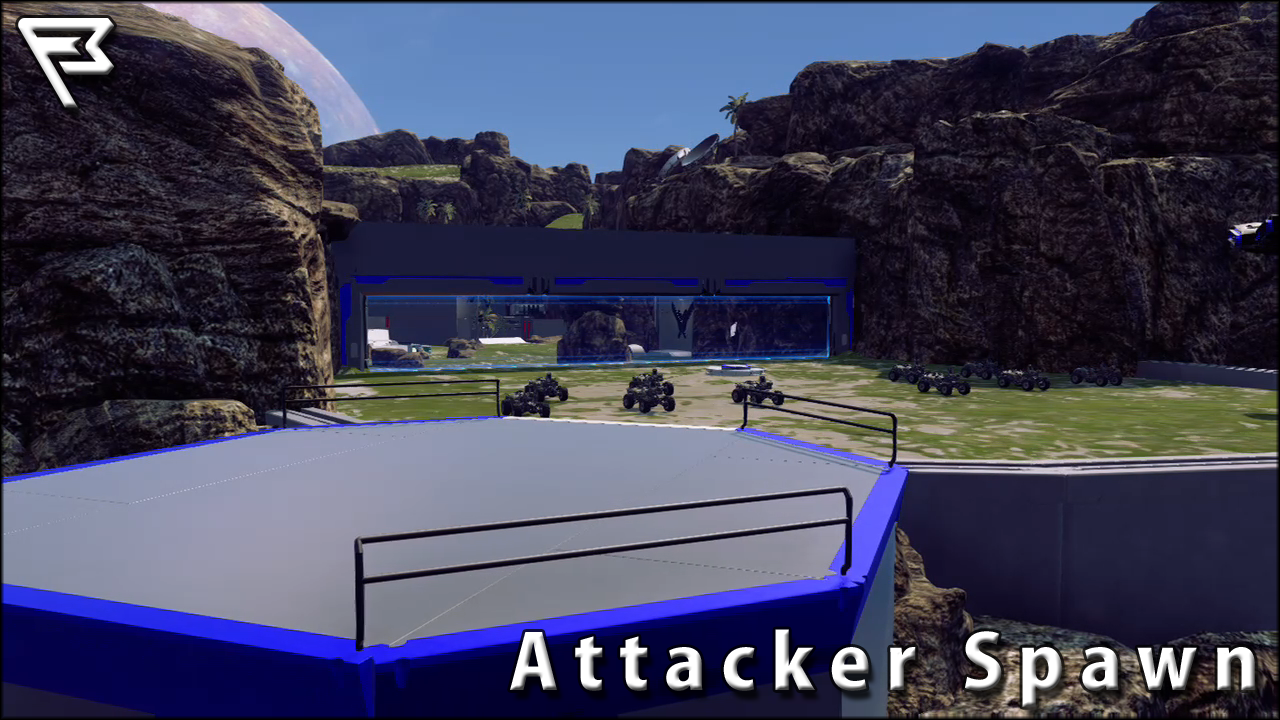 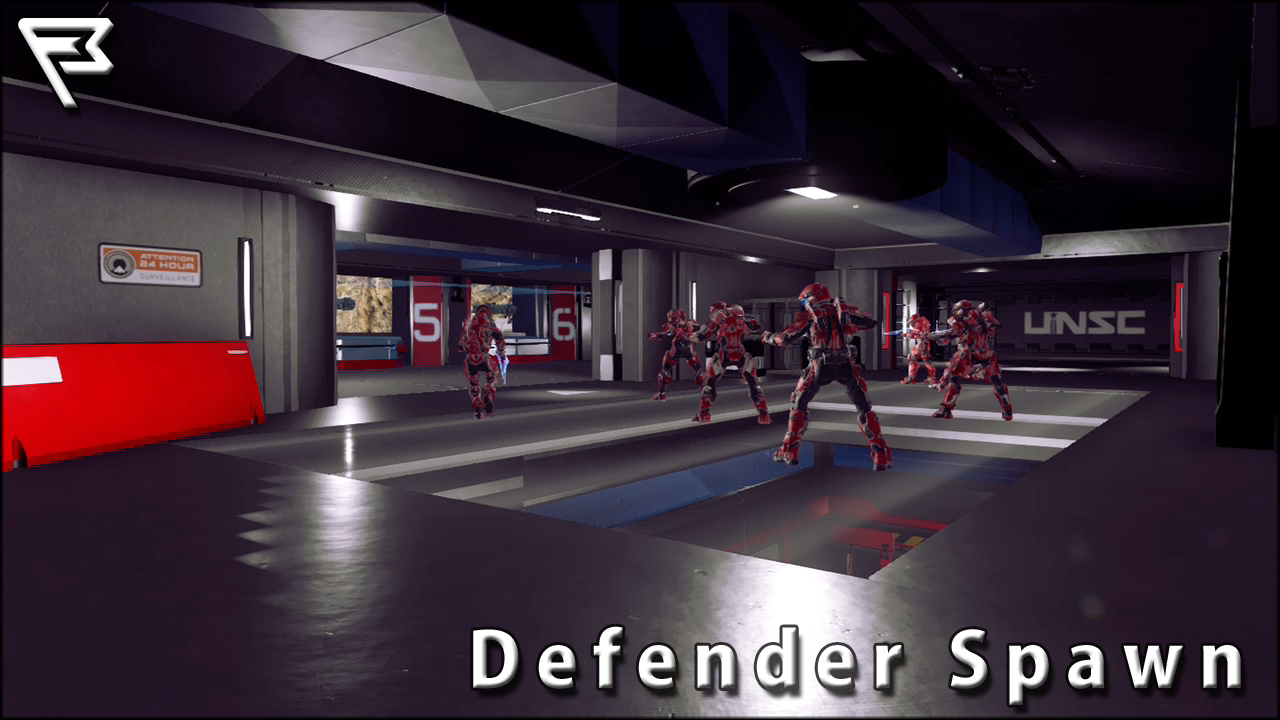 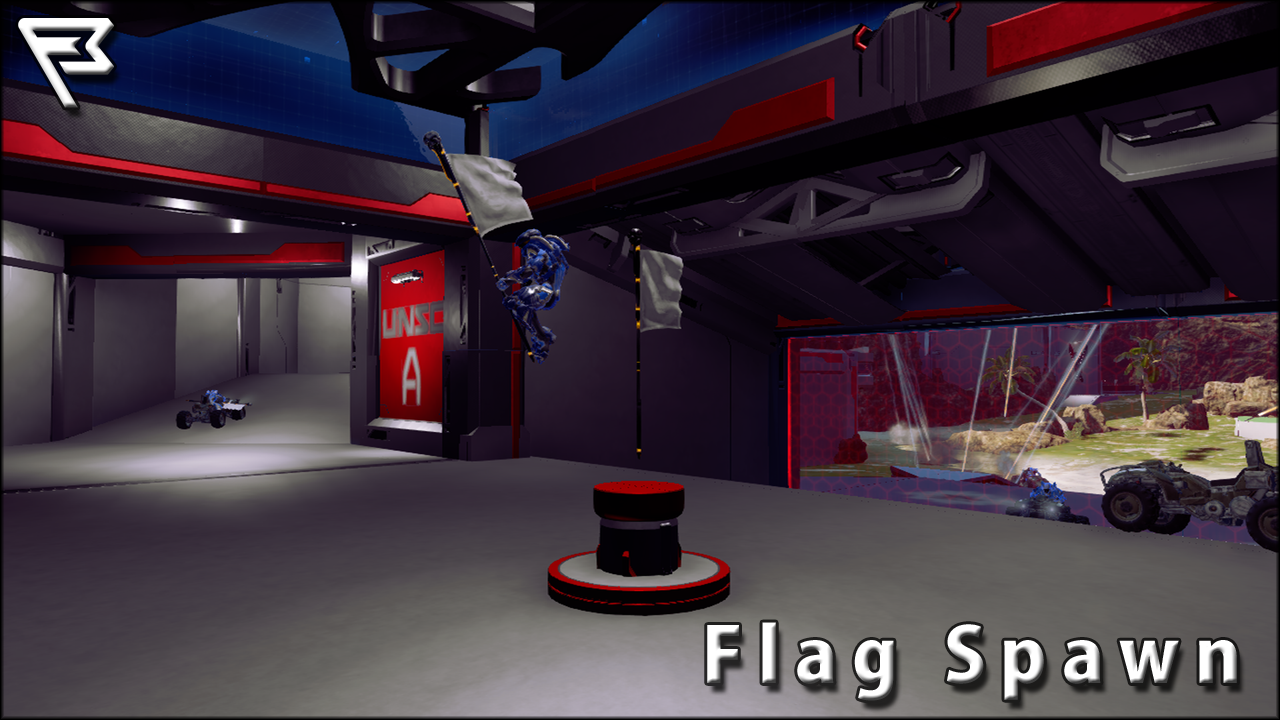 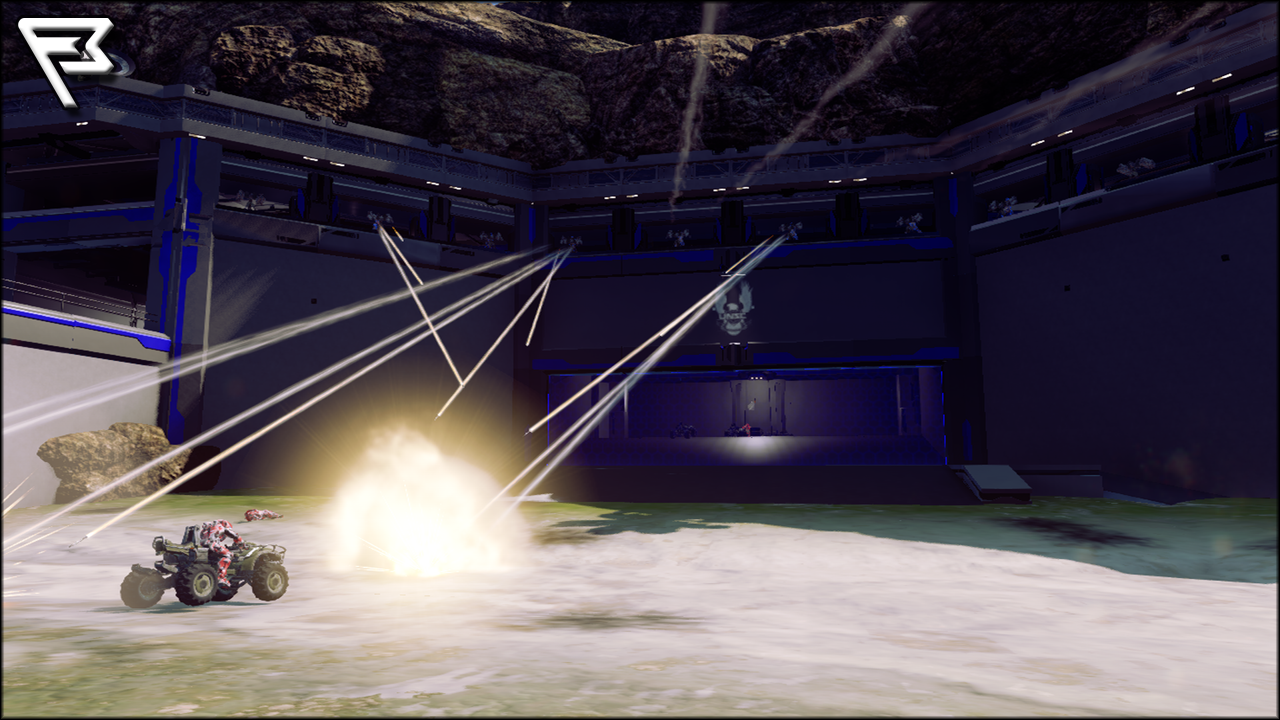 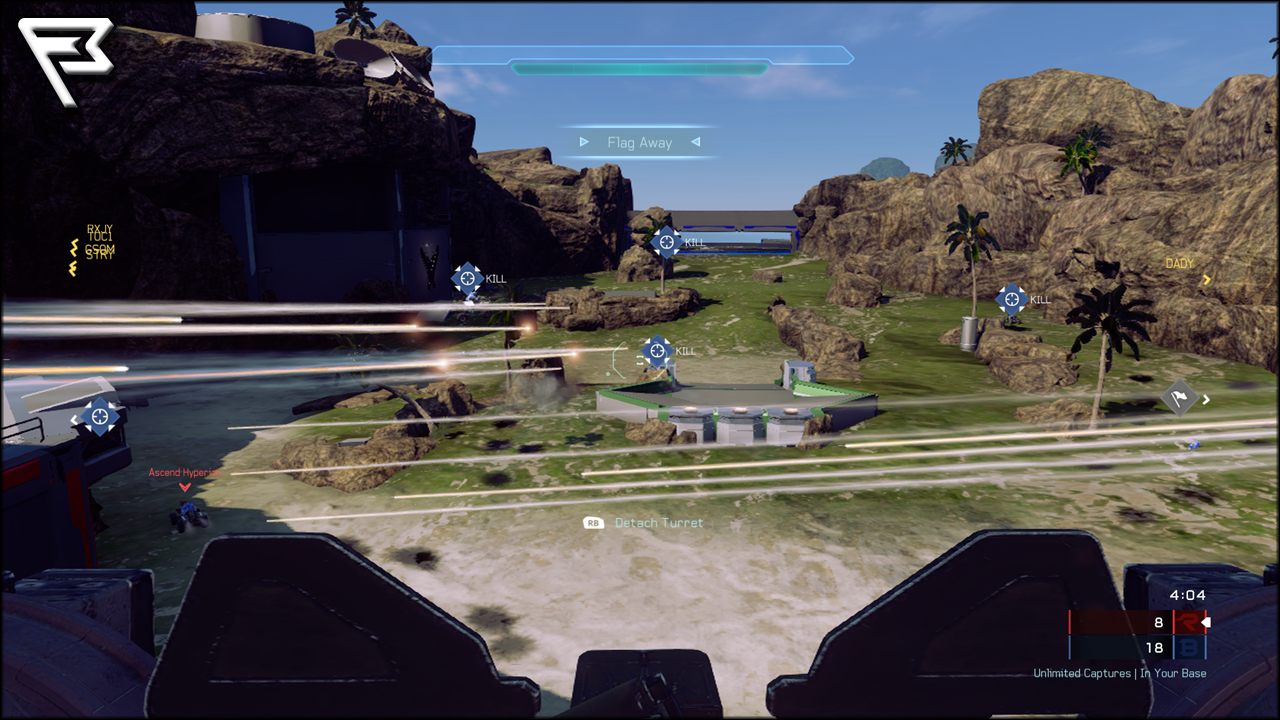 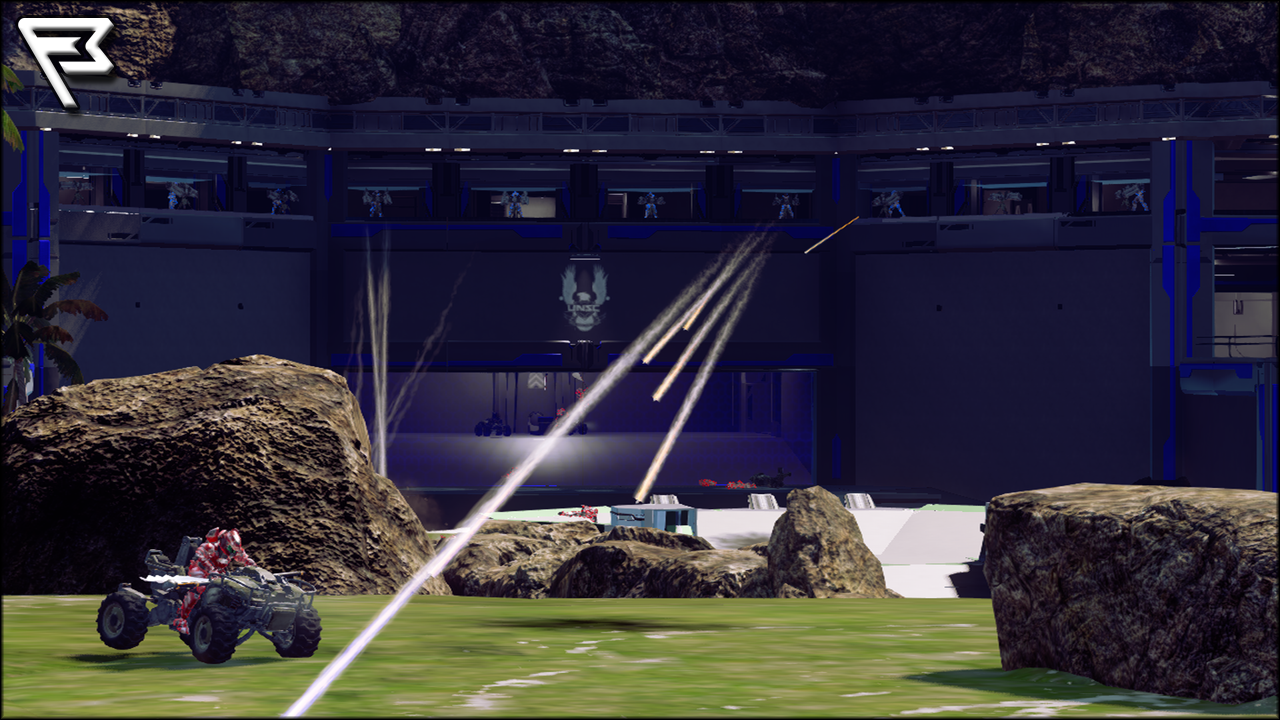 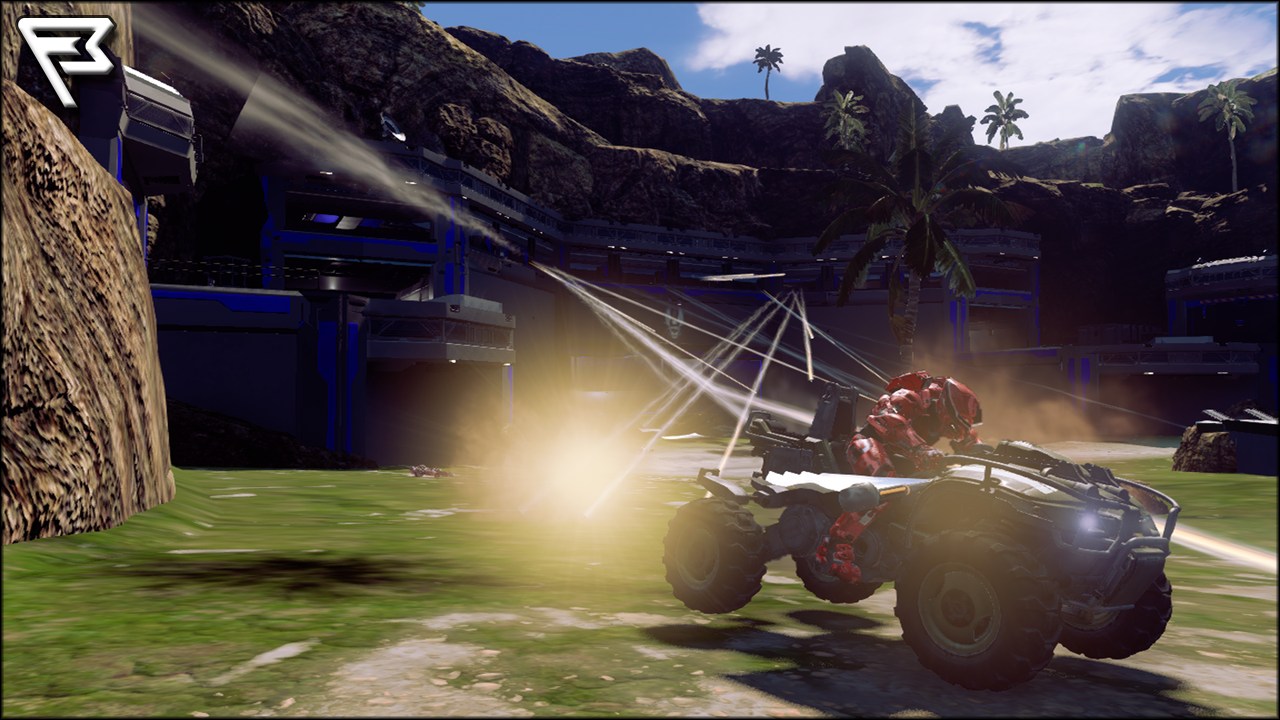