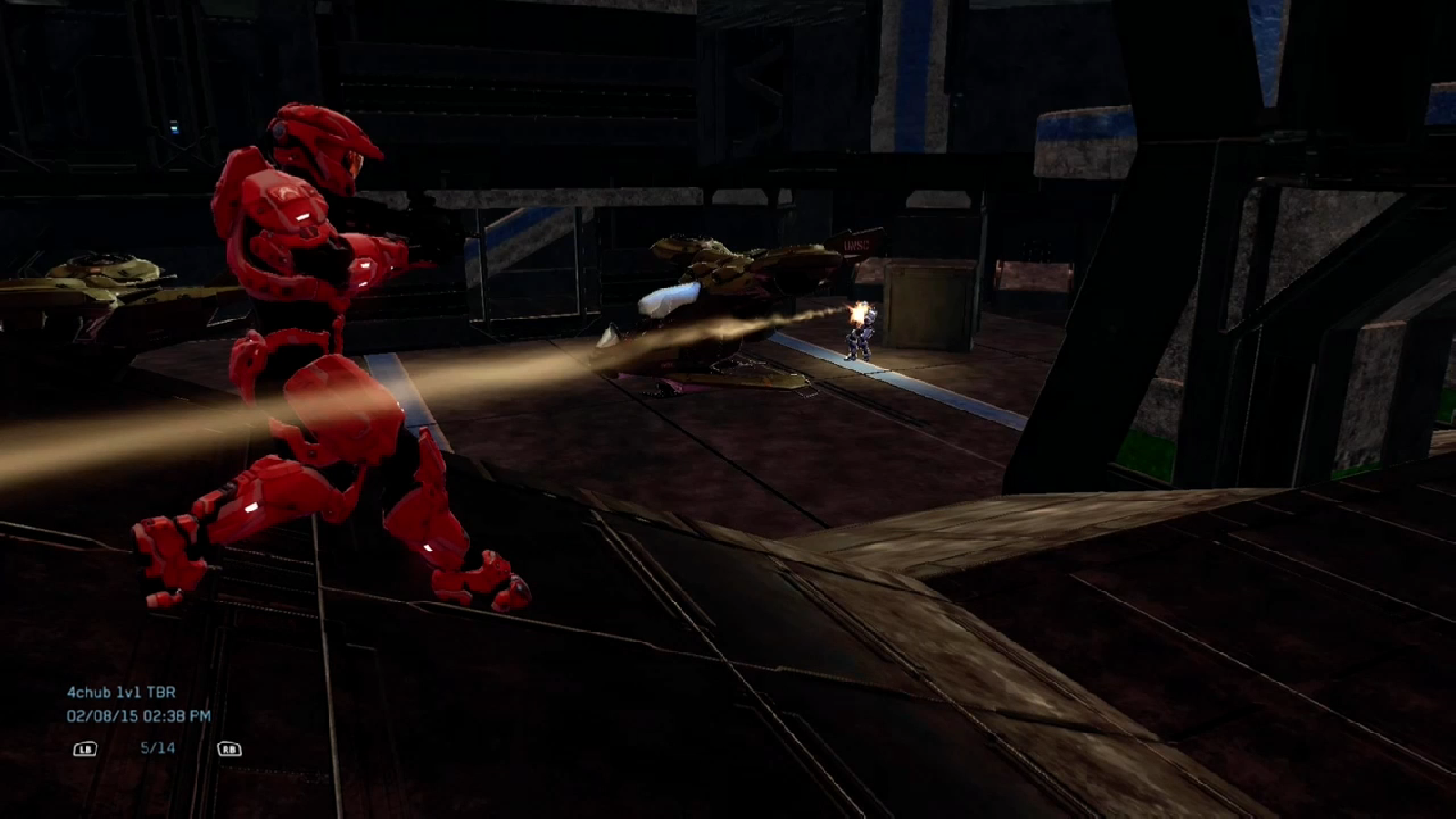 ​
My first major foray into Forge since the days of Halo 4 (you may remember certain Turf and Cold Storage remakes entered into Forgehub's Forgotten Treasures Contest), this is (one of?) my entry(s) for the Smackdown 1v1 Contest on FH. The map is still in the testing phase, but I would say that the current version is at least solid enough to release. The map will be updated in the coming weeks as more testing and tuning is done.

Also, as you probably noticed, the map is a lot darker than most other H2A maps. I challenged myself to use mainly metal pieces and stay above frame rate drops. Currently, there is only one spot on the map, looking a certain direction, where frame rate lag occurs, and it is barely detectable and doesn't impact gameplay. All the same, I will try to fix that spot before the contest is over. The entire rest of the map stays at or close enough to 60 fps that any drop is completely imperceptable.

I will be working on putting together a video for this page in the coming days, assuming I can get some good footage. And my apologies for the dark screenshots. The map is more than light enough in-game to see everything clearly. And no, it isn't using the Juicy filter (or any other filters, for that matter.)

Drawing inspiration from Halo Reach's Anchor 9, Stalwart is set inside a hangar of the In Amber Clad during the Delta Halo event. Fierce rivalries between the onboard Hornet pilots turned ugly at the worst time imaginable, and chaos erupted in the hangar only minutes from launch.

Combining a fairly open midsection with tight corridors and gripping vertical gameplay, Stalwart has a nice mix of playstyles, and you will find yourself changing on the fly. No one position is king, so rotating map control becomes huge.

There are a few semi-secret jumps one can take advantage of to increase mobility around the map, if one is willing to take a little extra risk.

Also, cookie for the first person who can find the cone.

New screens are in the update tab 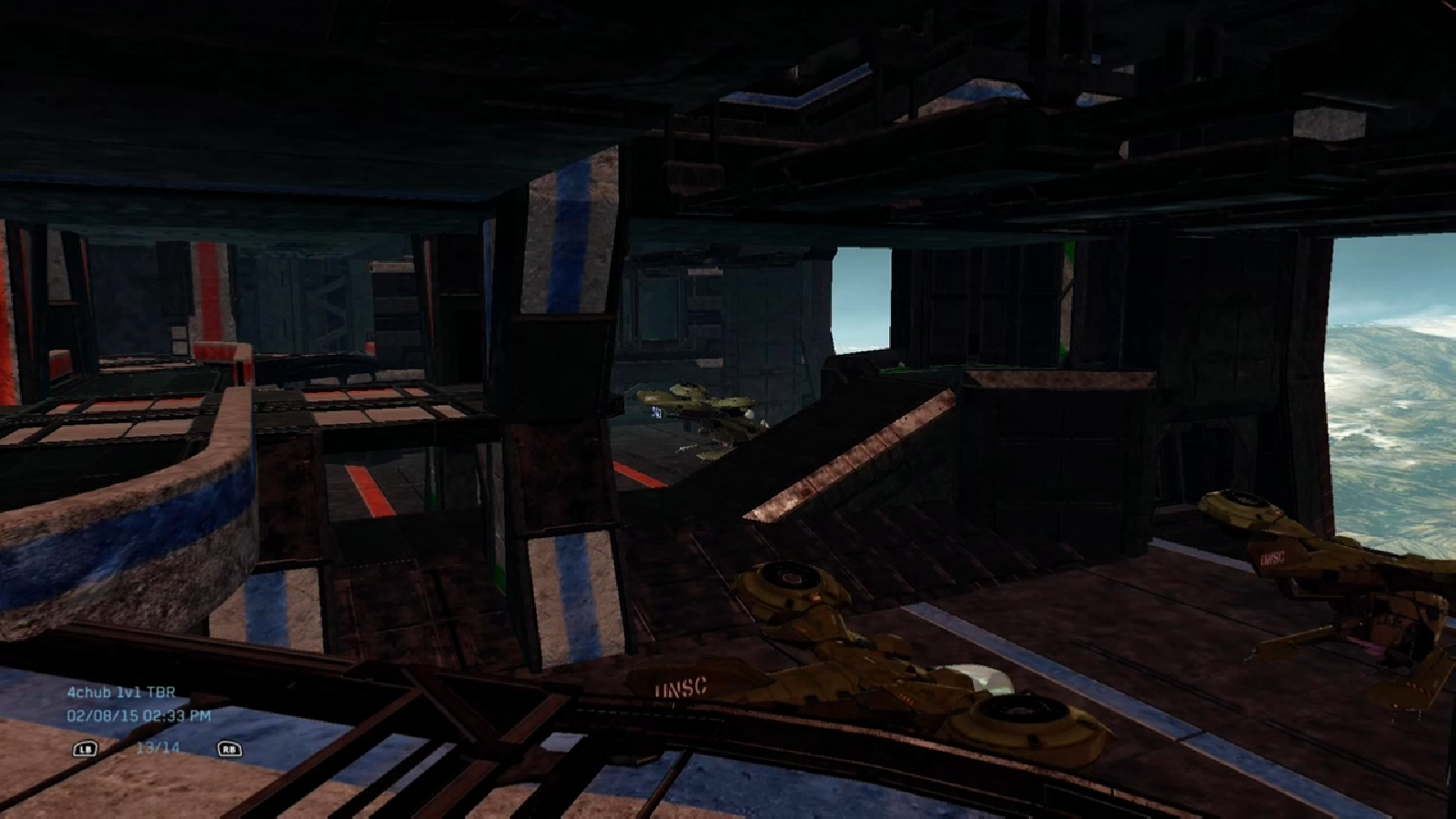 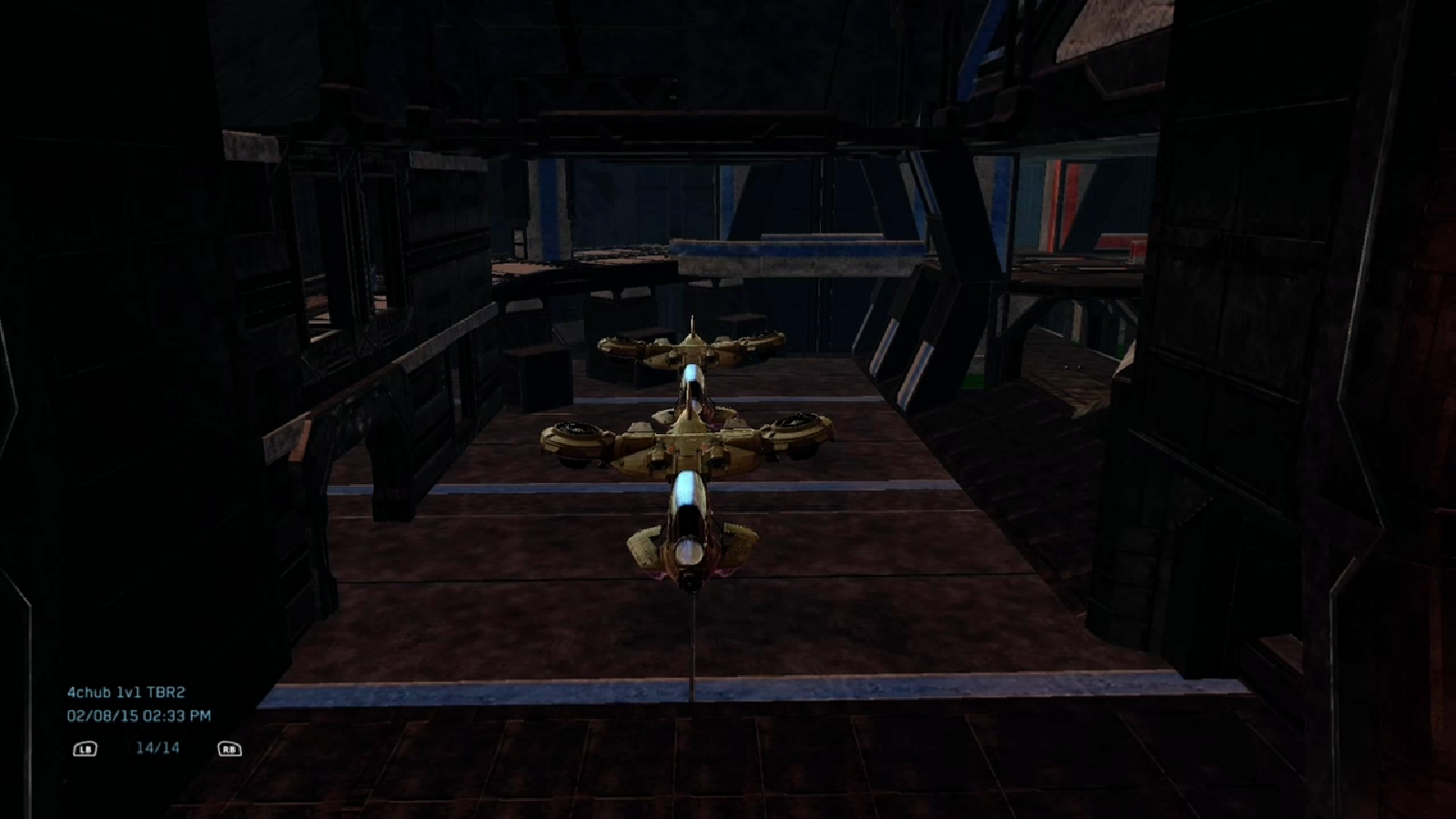 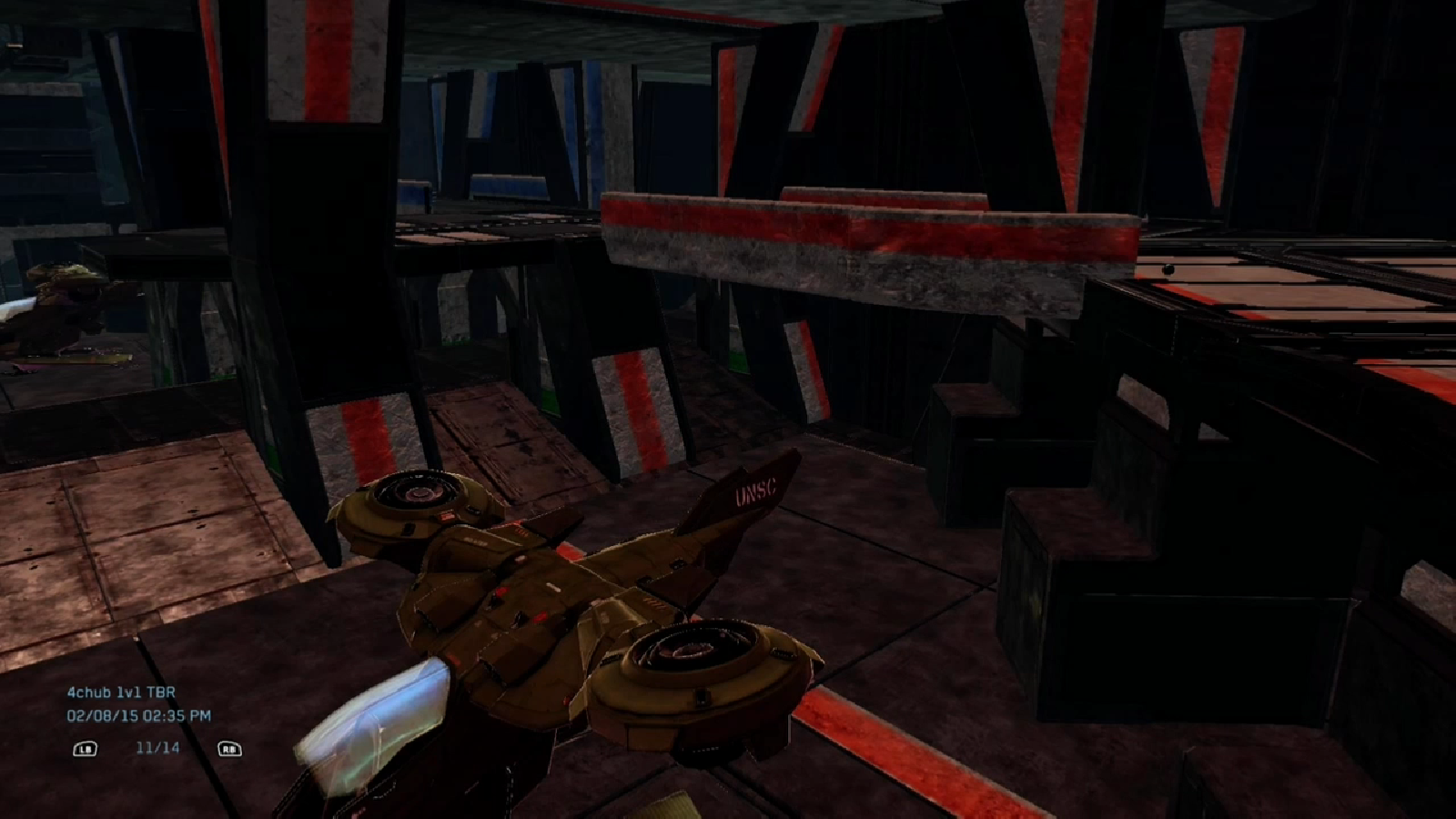 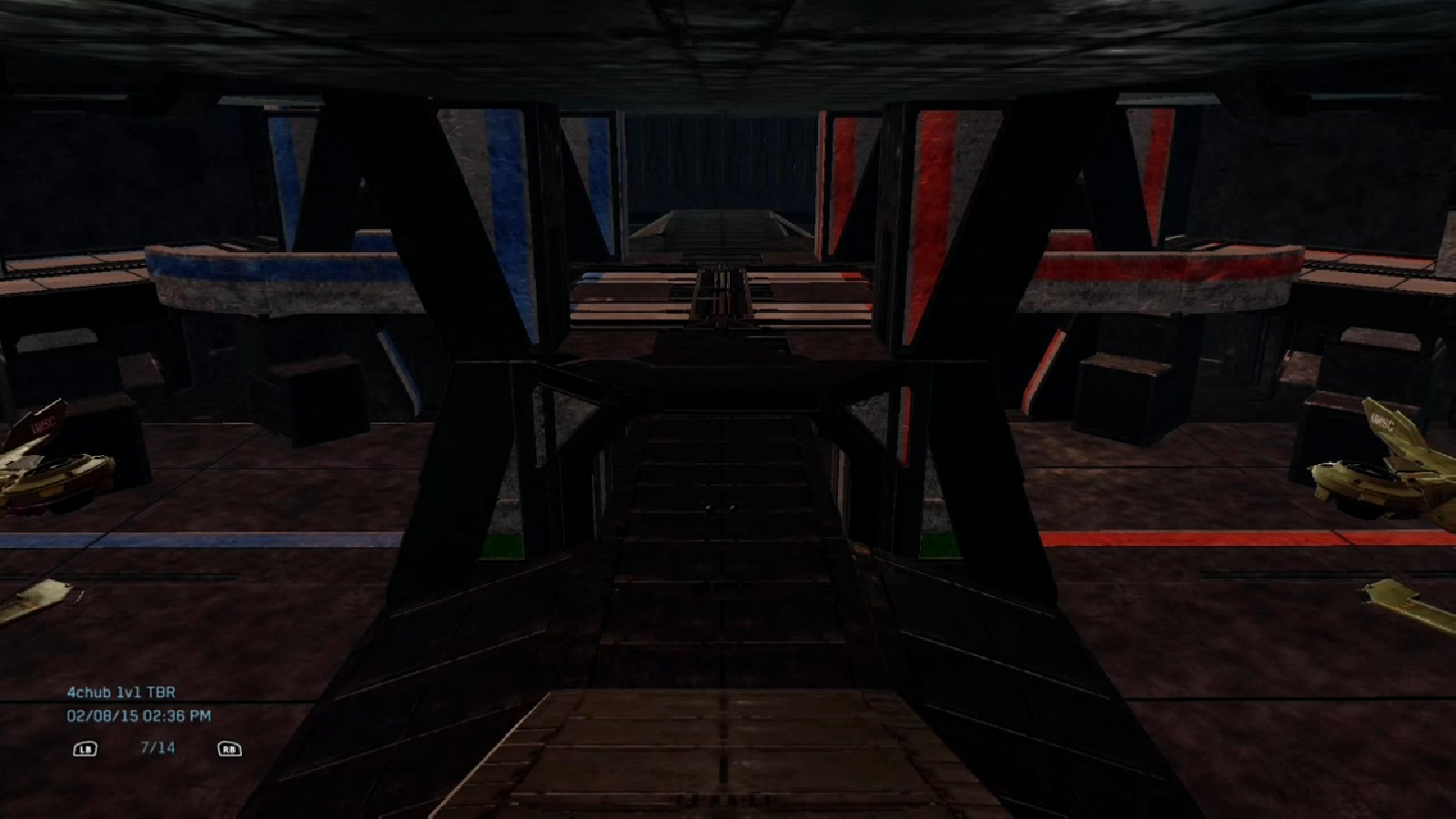 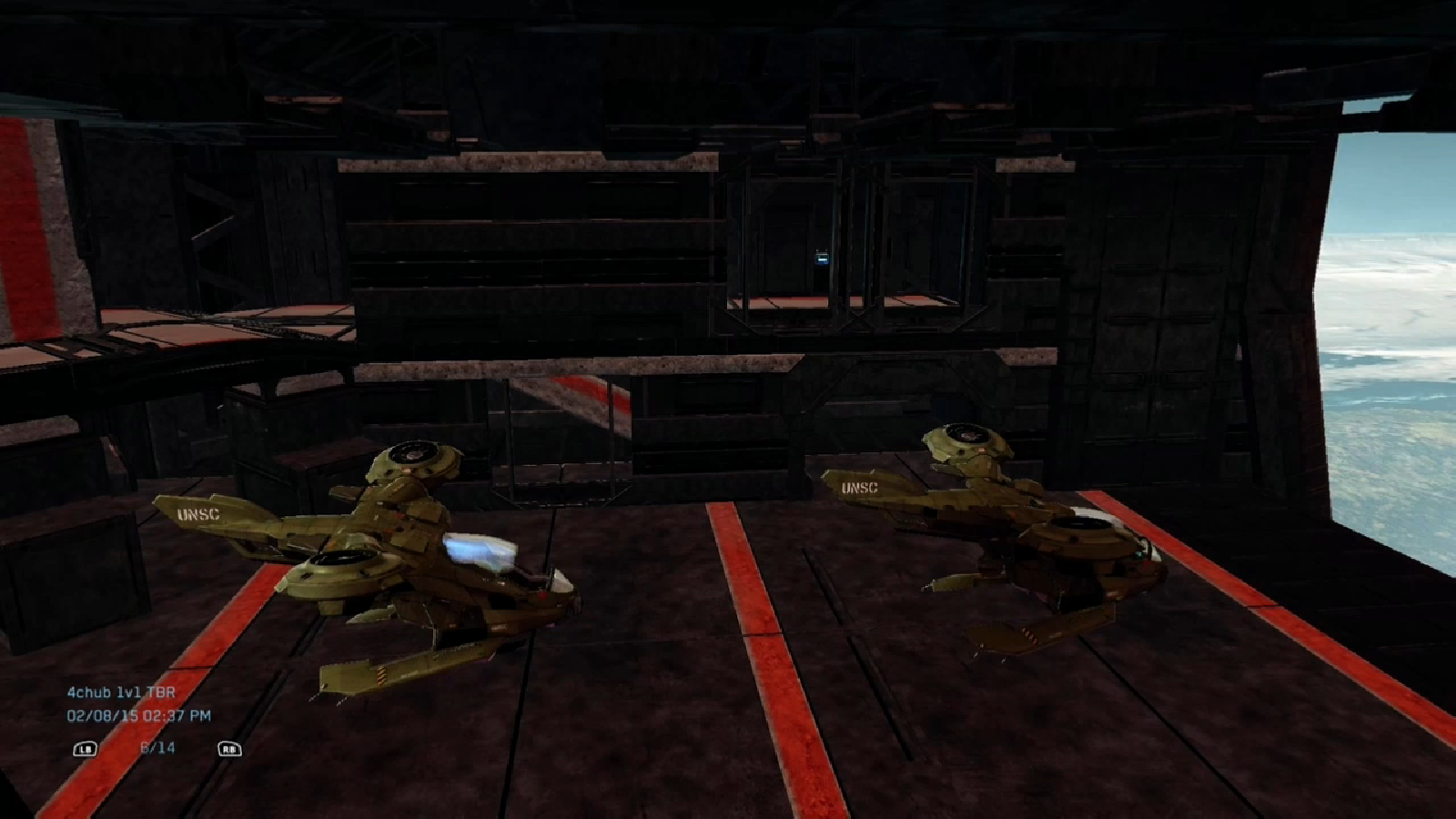 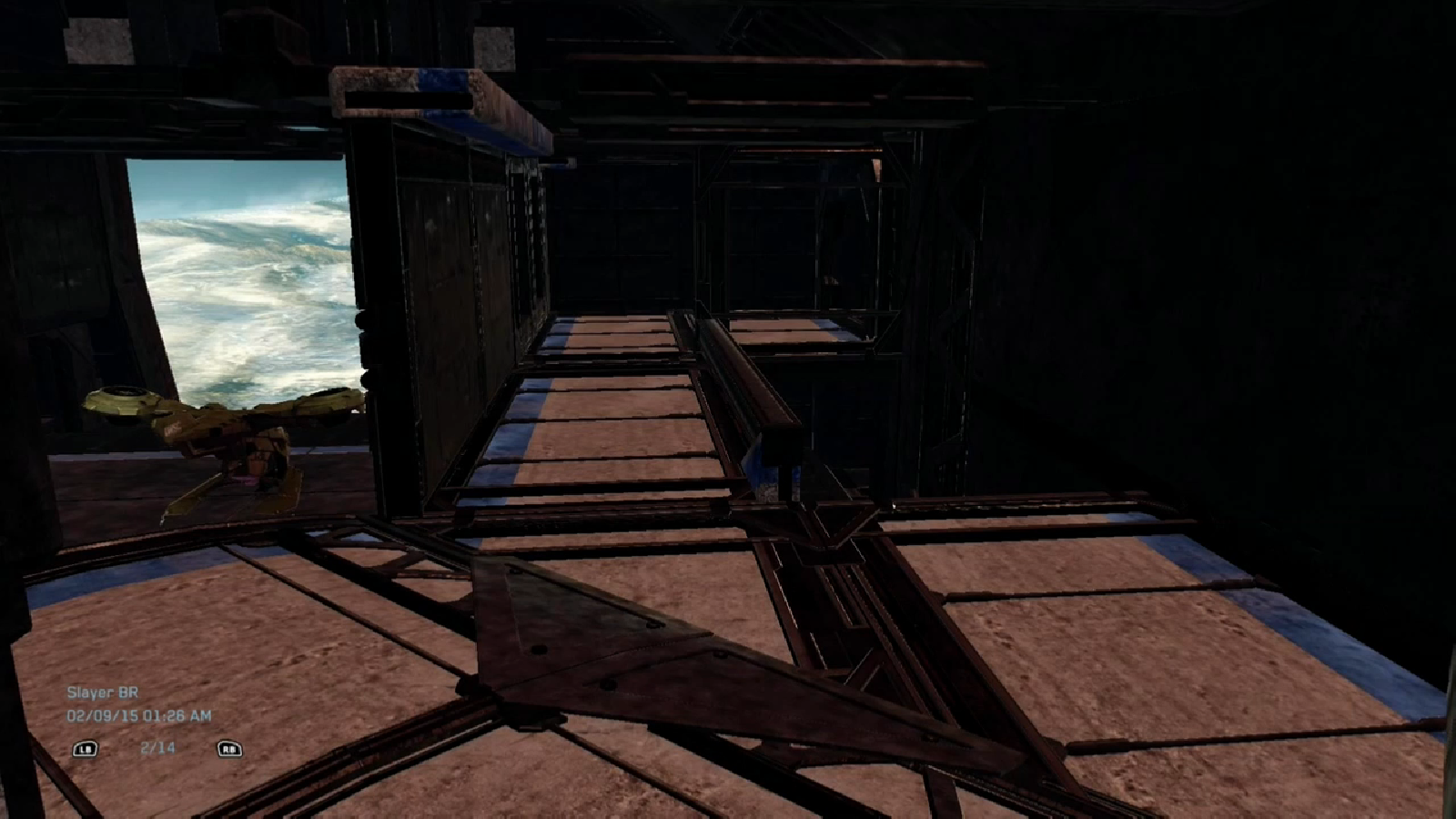 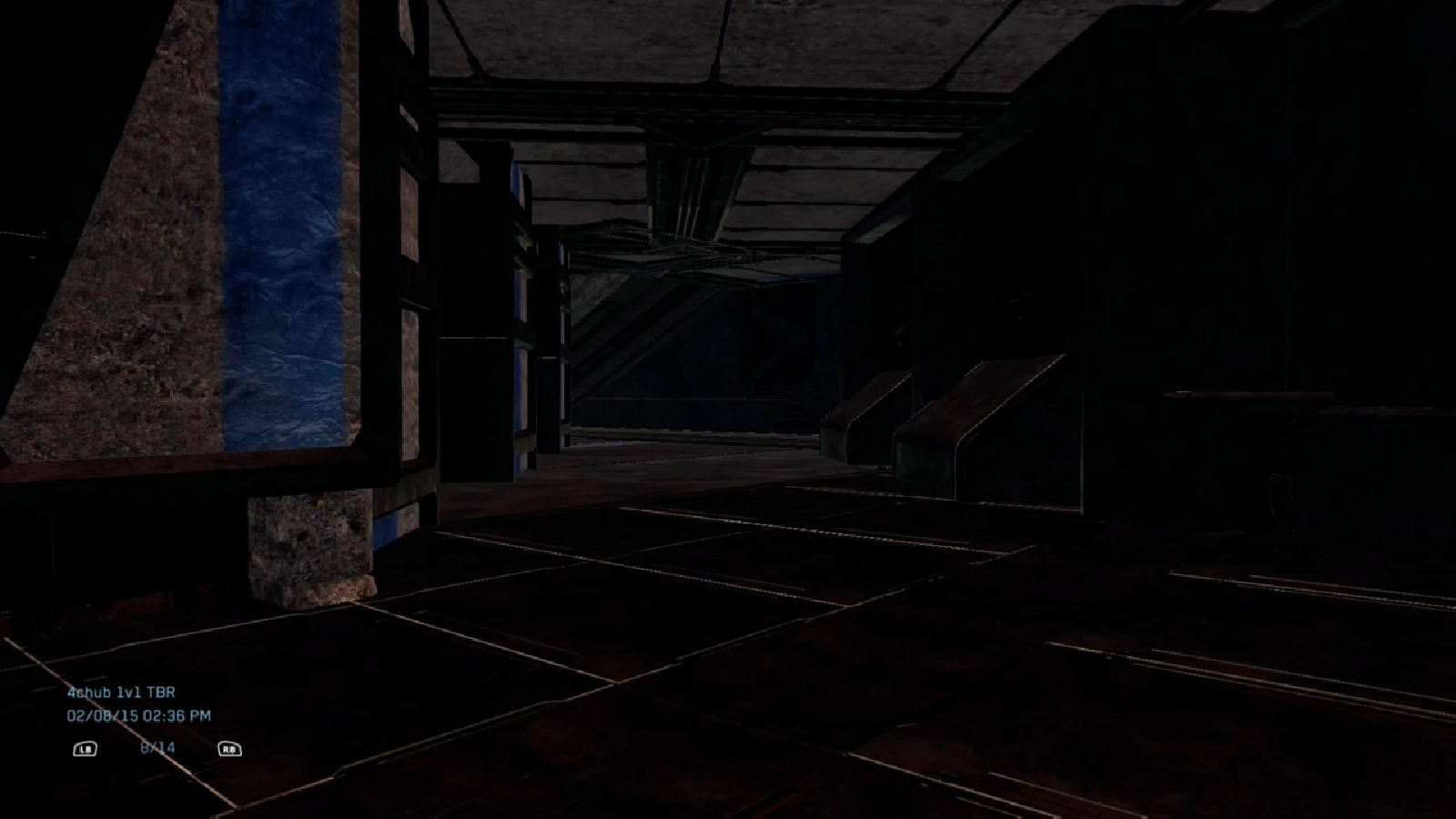 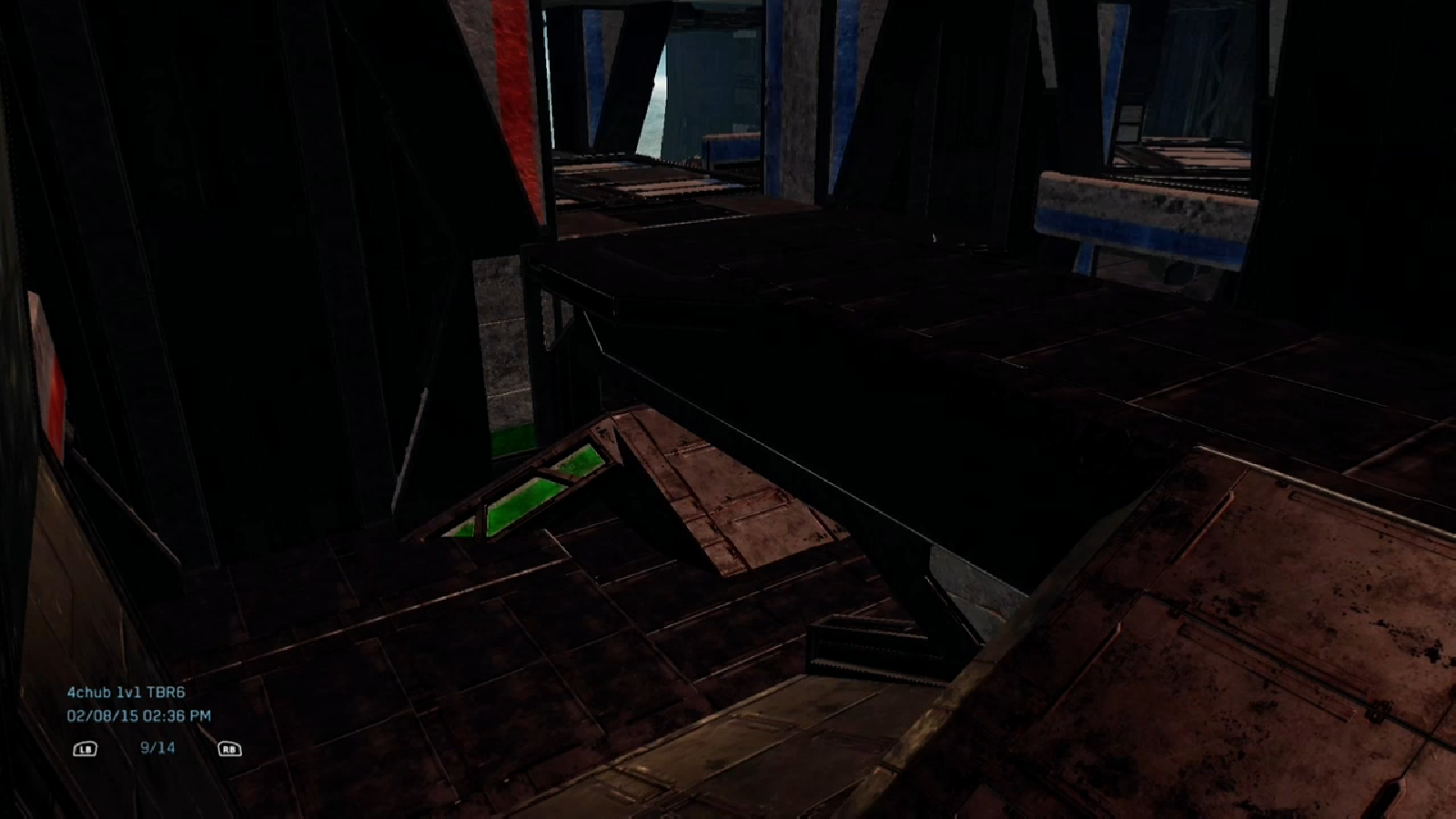 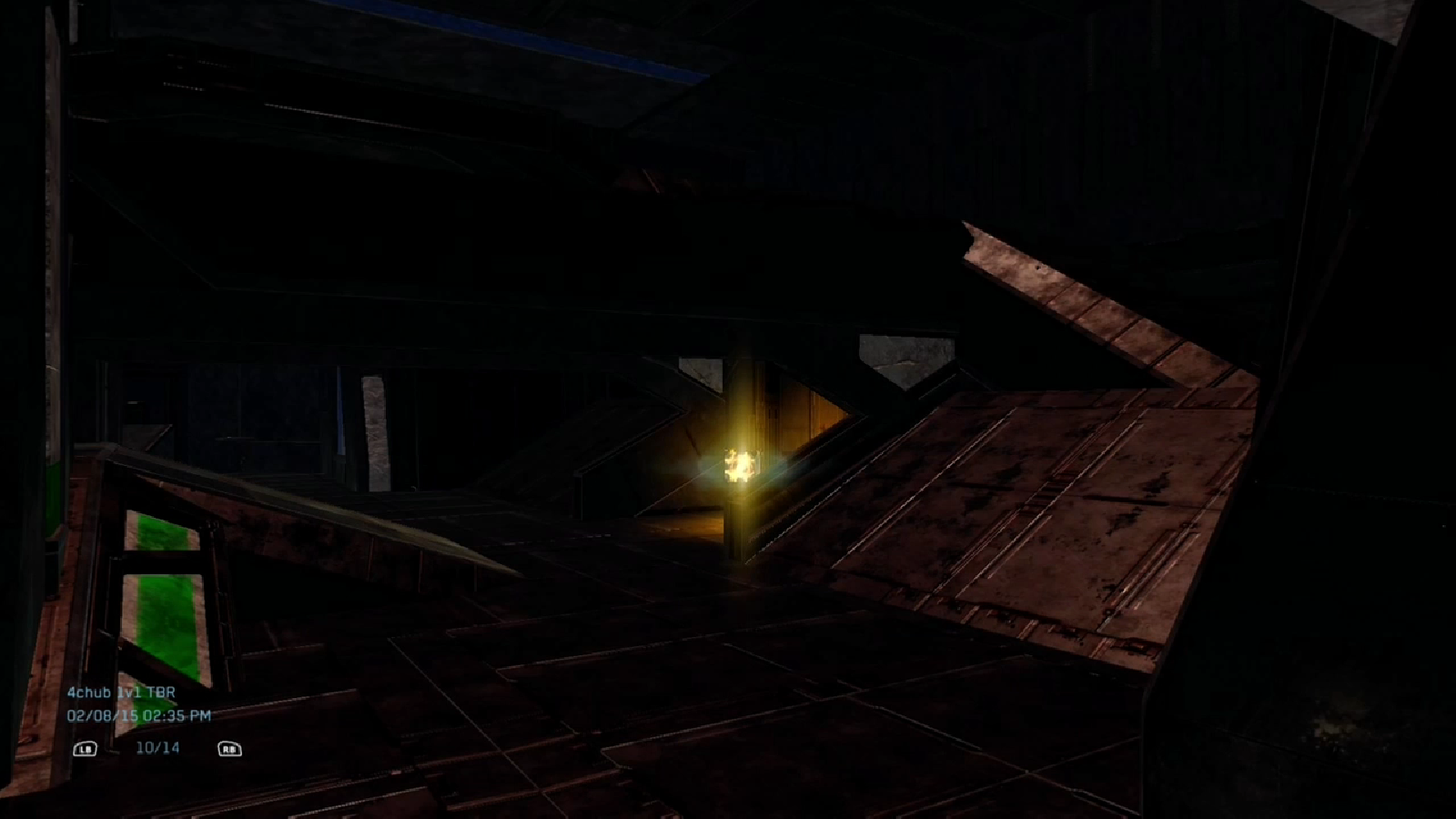 These are still being tuned, so watch out for updates. 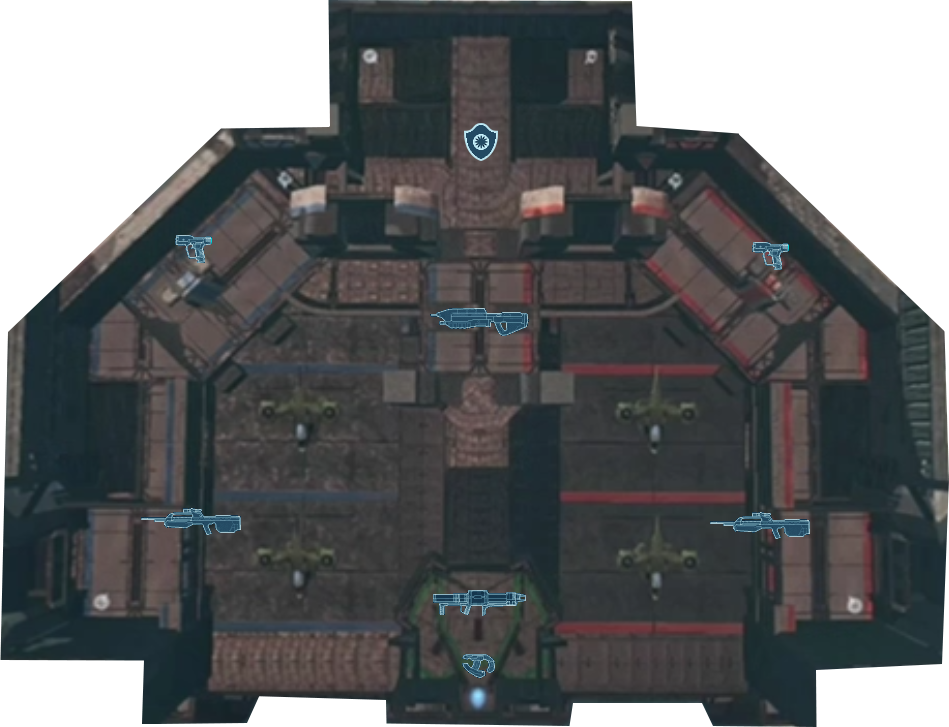 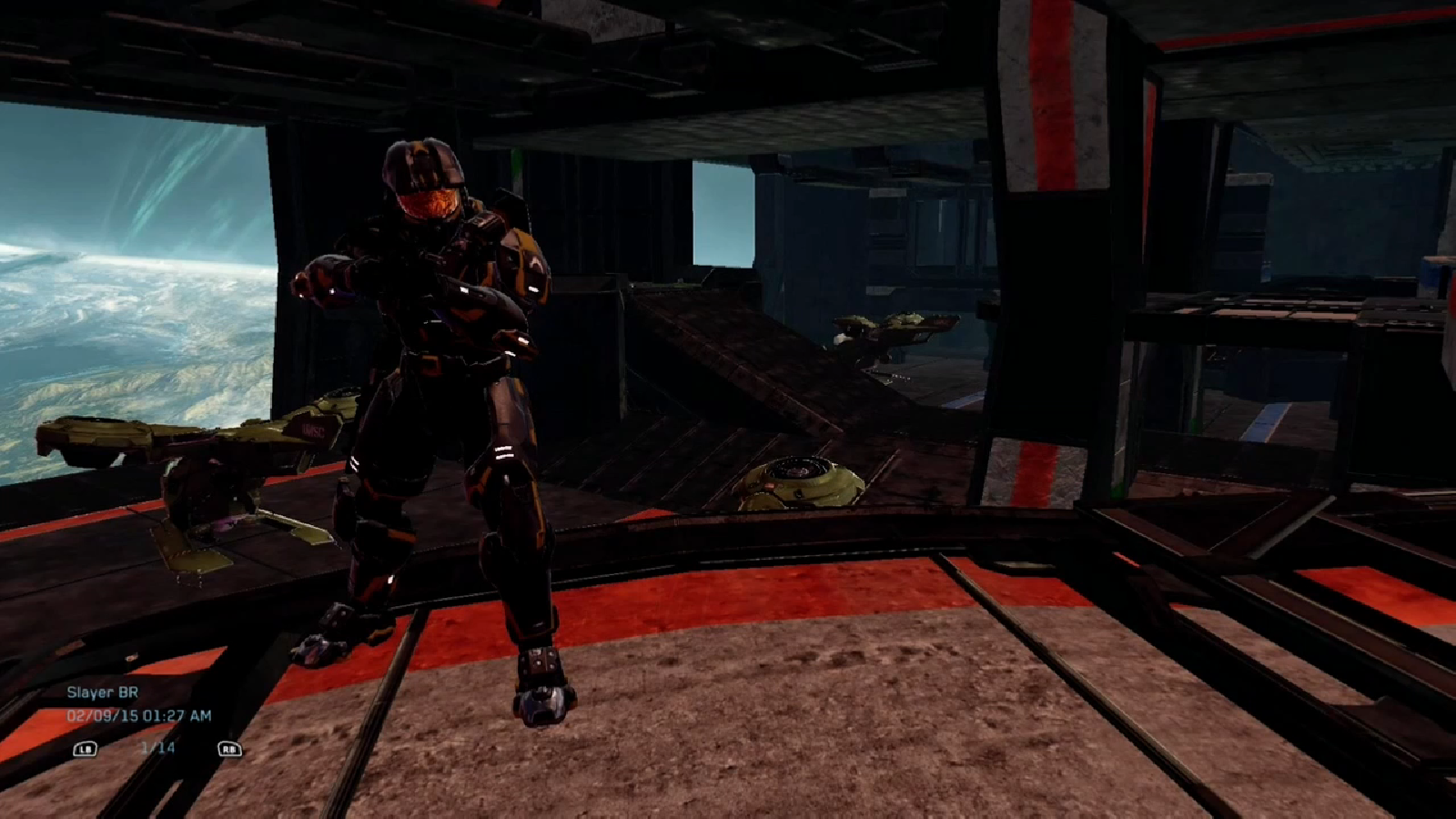 You should be able to find me on any mission's Legendary leaderboard. Gamertag is Darkprince909.

If you're willing to help test and tune the map, send me a message and we can get a game going.

Note 2015Feb11: I spent the better part of last night ironing out some of the aesthetics and putting a little more (not too much) cover in the hangar. I feel like this balances the map a bit more than before. In v1.0 and before, the rocket spawn was almost a deathtrap 100% of the time. Basically whoever went for the rockets first died. I added a drop at the back of the lift so that if the player risks going out in the open for rockets, he has an option to get out of the line of fire without immediately exposing himself. He's still vulnerable as he still has to make it back to a safe area, but at least now he has a couple seconds of breathing room. I've tried to optimize piece usage as well, and along with the overall feel of the map, the dip in framerate in that one particular spot is also greatly reduced. I'm going to put on any finishing touches it needs and do a few test games, then I'll update this post with v1.1
Reactions: DC Valorstrike, BeanMachine46, Luminous Nova and 1 other person