You are using an out of date browser. It may not display this or other websites correctly.
You should upgrade or use an alternative browser.
Overview Updates (2) Discussion

With this map, I really wanted to push that realism theme- something that can be done well with this forge if the time and creativity was put into it. I had been thinking of doing a Greek-styled map since Reach, but the pieces never really complimented the style. Now in H5, we have the ability to make seamless objects with a matte white finish (like marble).

Regarding gameplay, I wanted to do something different than what I have done before. Most of my maps, plus a vast majority of the ones I see on here, have a few big open areas where players funnel into and then spread out from, little pivot points for flow or something (Narrows, the middle of The Cage, Top/Bottom mid on Lockout/Guardian, the list goes on). I wanted to make a gameplay experience that shows the player individual and clearly-defined paths, but allows them to easily move about the different paths. Combine this with some sightline blockers and you’ve got some pretty cool fights. 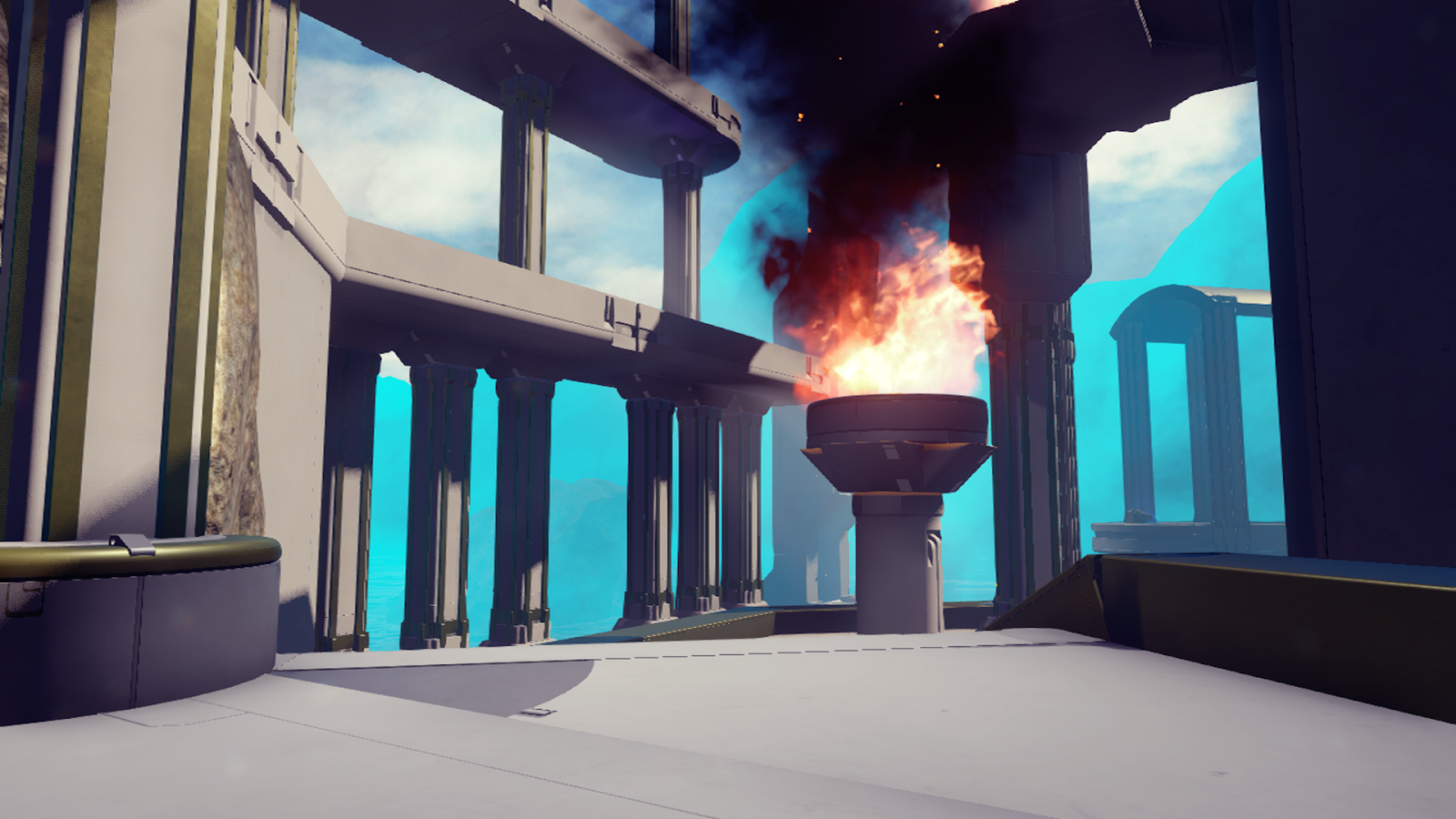 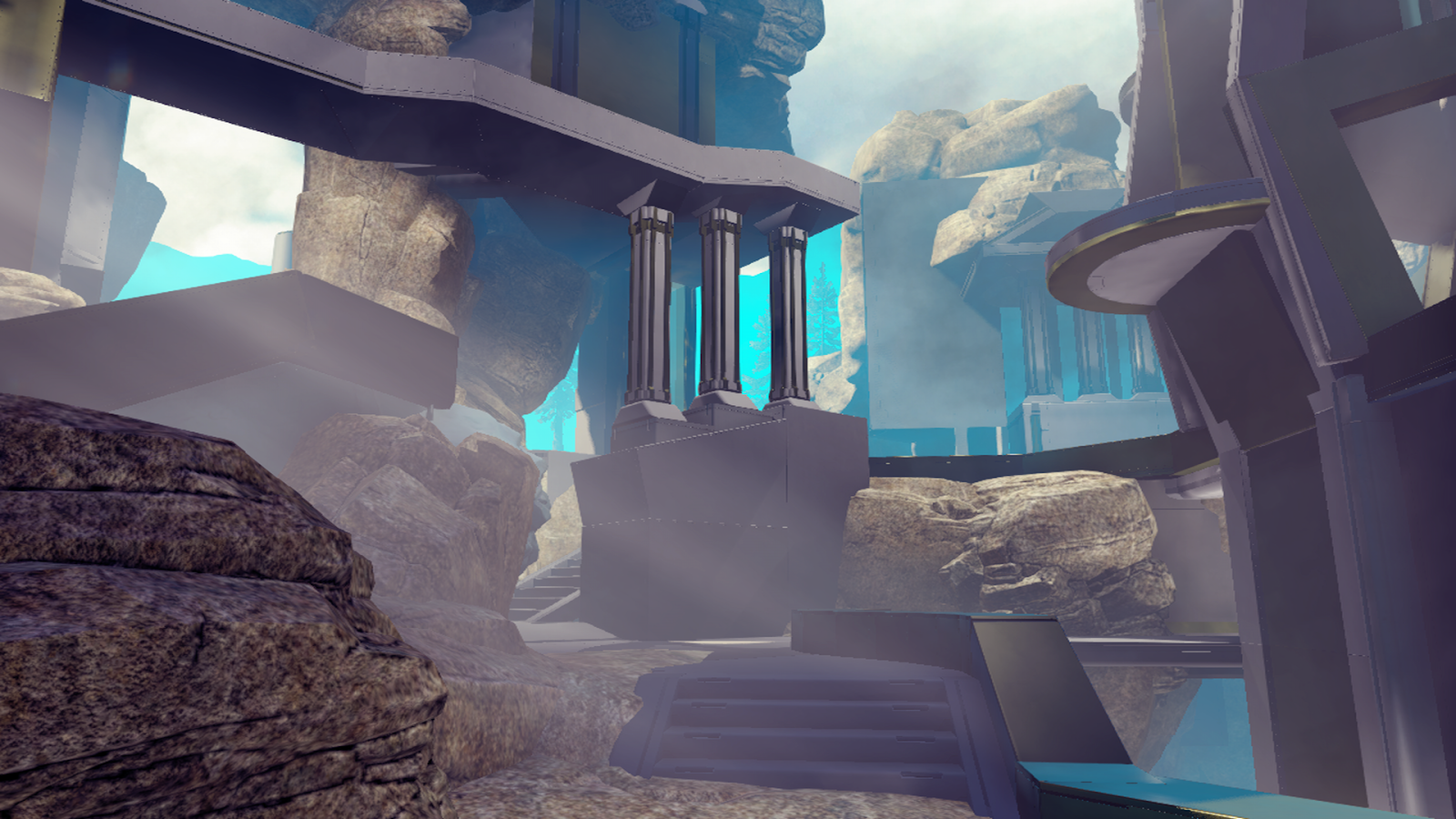 
With Proteus, you really have to play the map to get a grasp of the flow. The flow of this map allows all areas to be played on Proteus doesn’t really suffer from the power positions concept (thank god). The weapon placement definitely plays a large part in that; the Hammer at the bottom and the Damage Boost at the lowest corner bring attention to areas that would otherwise be untouched.​
Connectivity--

The connections on this map are weird.. In a good way. The narrow paths add to the learning curve this map has, same goes for the trick jumps all over the place. The column shown in the picture below allows for a different route back up to the top of the map (the only other way is a lift). There are plenty of flanking routes around the map. I have worked to ensure that there are no redundant paths around the map, that each one serves a given purpose during a given situation. Something I mentioned earlier was the proximity of the paths + sightline blockers = cool fights. This is the kind of thing you’ll have to see from gameplay, not a lot to write about that.

Teleporters and lifts- I have one set of two way teleporters, and one construct-esc lift (you can jump into it from two different points

). The teleporter serve to gain lines of sight and flank the enemy. The lone lift near the center of the map takes you up to the top where you can see A LOT, but you’ll be pretty vulnerable.

Also, four of the fire-pillars act as trick jumps to places with more sightlines. Risk- lose your shields, reward- king of the map.
“B-b-but Pharma! Can’t you just go around!?”
Only in one of the trick jump locations. And there, it’s way slower.

There’s nothing but structural cover on this one

. The different sources of cover can be maneuvered around to one-up the opponent. Most of this map shows mid-range encounters, but there is also plenty of CQC, which the cover does a fairly decent job of.
In short: Stuff ‘round the leval lets you live if ya stay behind it. You can shute ppl when you leaf the cover tho.

The fuel rod brings players over to the farthest reaching platform on the lower side of the map. It functions in such a way that it allows kills on head-on impact, which is cool through pillars, and minimizes splash damage. (Used to have rockets here, but the splash damage rendered it OP)

The Hammer brings attention to the bottom of the map, and makes for some cool encounters. Y’know how the hammer works.

Damage boost. This sucker makes those scattered loadout weapons reallllly good, especially among the open sightlines. Lots of fights go down over the damage boost. Meh.
​
So the Ancient Greek architectural style is one I’ve always been intrigued by. How dafuq can something so simple as fat sticks going up look so cool? I thought of some of the things that make Greek architecture stand out: the columns, angled rooftops, gold lining (what the stuff probably had thousands of years ago), grand staircases, epic cliffside or ocean views, fire e’rwhere, etc., and compiled them all into this map. Hopefully the inspiration is apparent.

Looking out into the skybox, the fog is thick enough to where all you can see is the water, a few placed rocks/trees, and the silhouettes of mountains. Sounds like something you could see if you were to be on an island right off of the coast of the Peloponnesian Peninsula, *cough* The Aegean sea. This also kinda lead to my underlying theme, which is some sort of outpost of Poseidon or something, which is why the map is right above the water. Also, it gives me an excuse to put a cool trident-esc shape in the middle of the map.

Oh and uh, there are a couple breakout blocks on here. DON’T FREAK OUT PLEASE IT’S JUST A FEW!! They’re thrown in to 1) give contrast to the white & gold, and 2) throw in some sort of futuristic graphic, presenting that ‘mythology’ mood. I’m honestly pleased about how it came out, it compliments the main aesthetic more than I thought breakout pieces could. 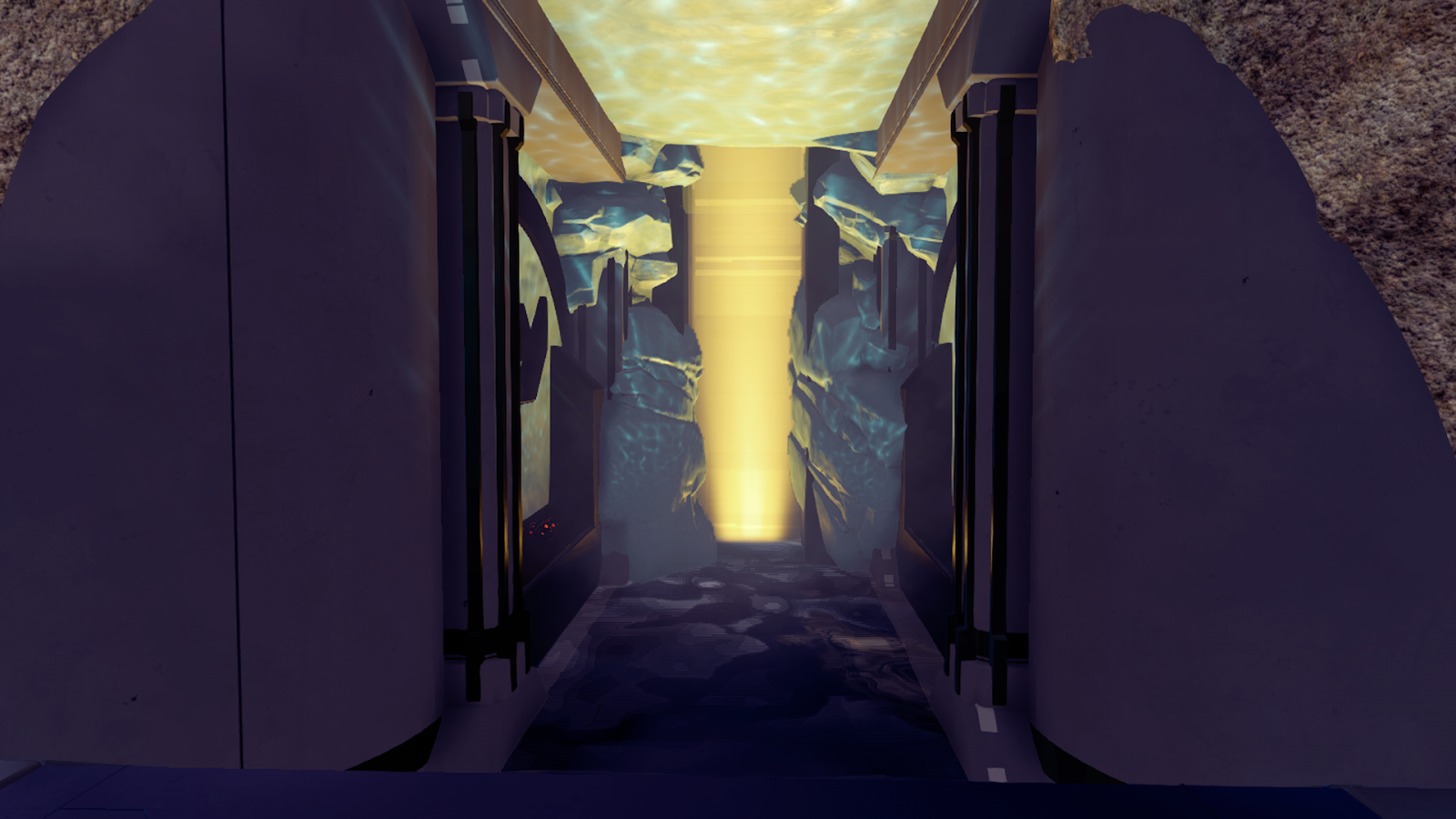 This map is now compatible with oddball too. Yay!


Special thanks the following and many others: