A demo racetrack in the jungle featuring a cliffside blocking section, massive waterfall stunt jump and a river flowing through the map that can knock you back to previous parts of the track! 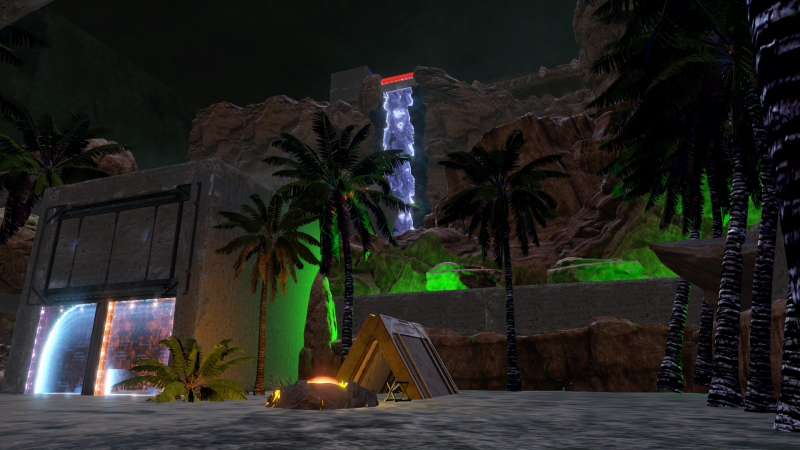 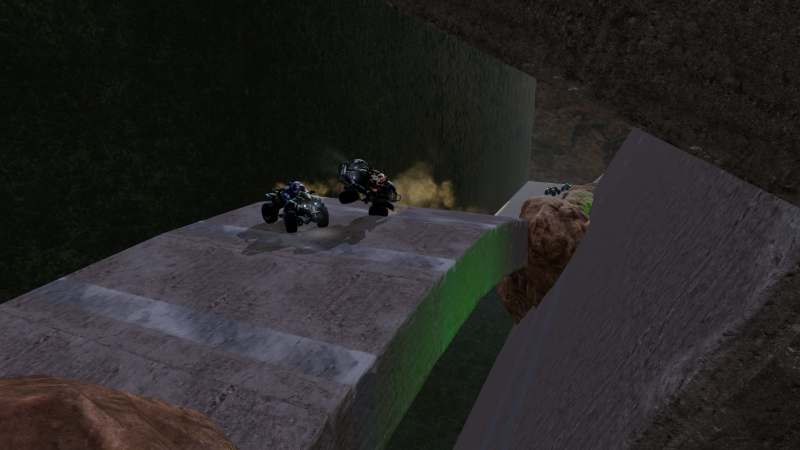 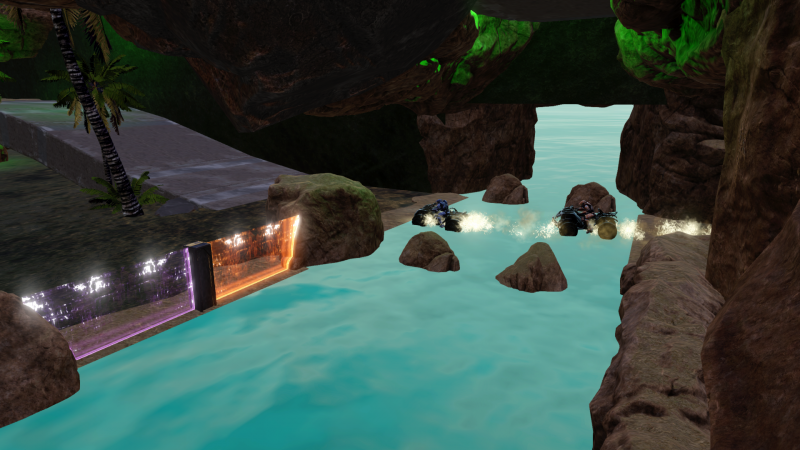 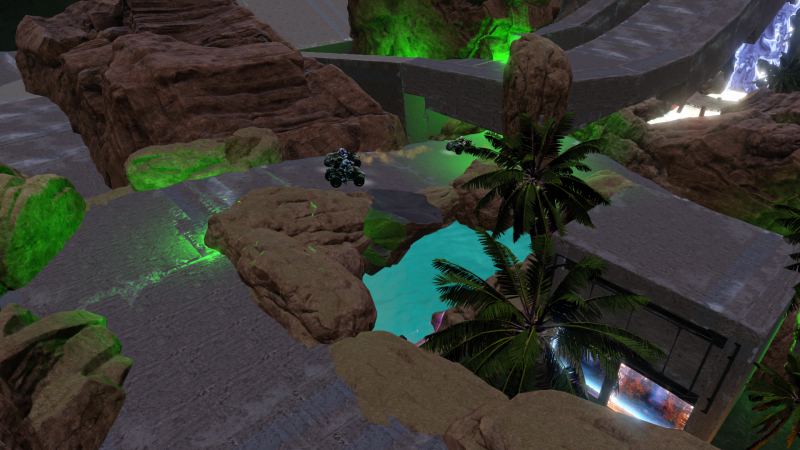 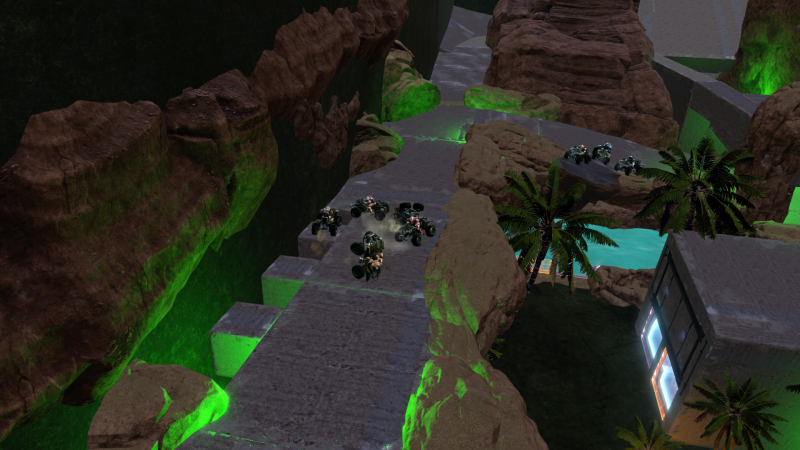 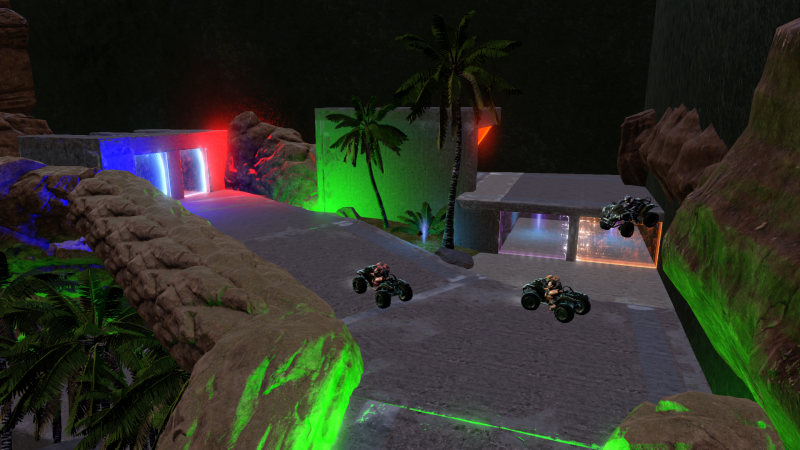 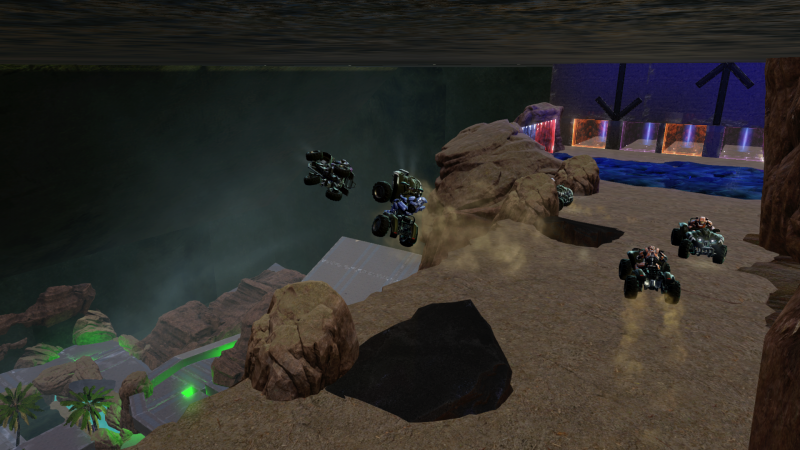 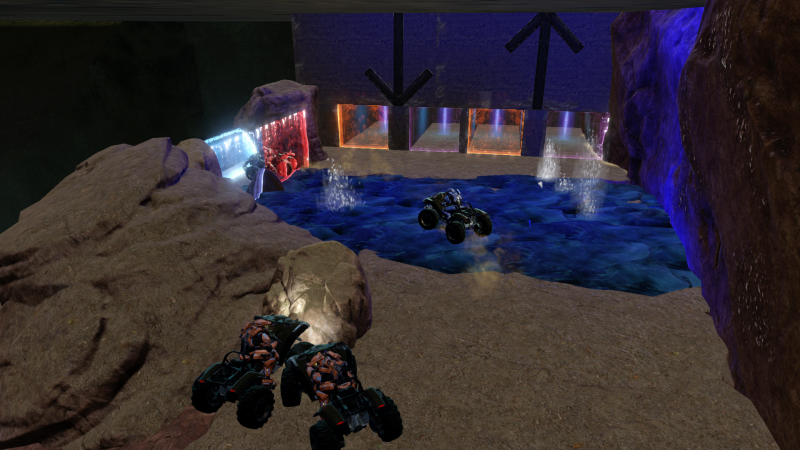 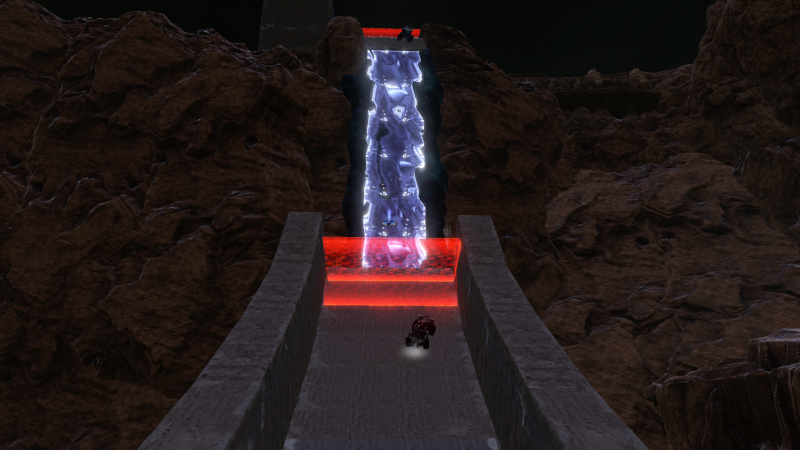 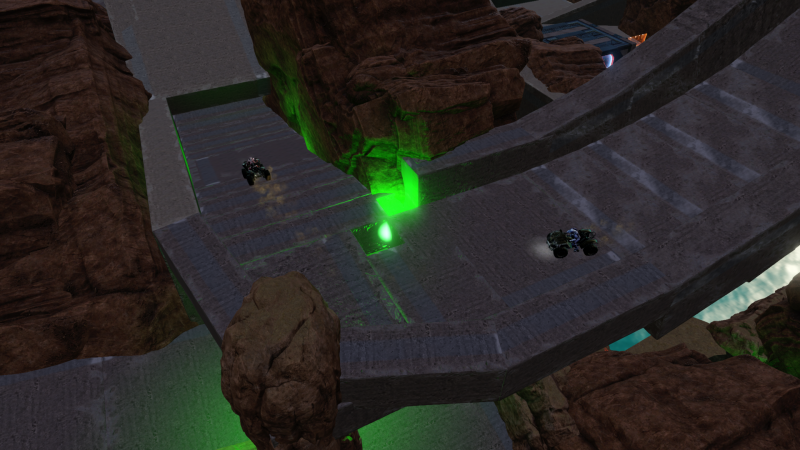 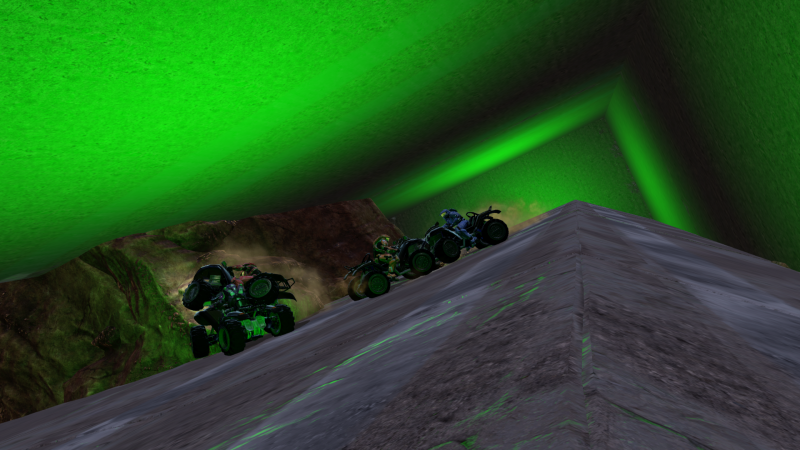 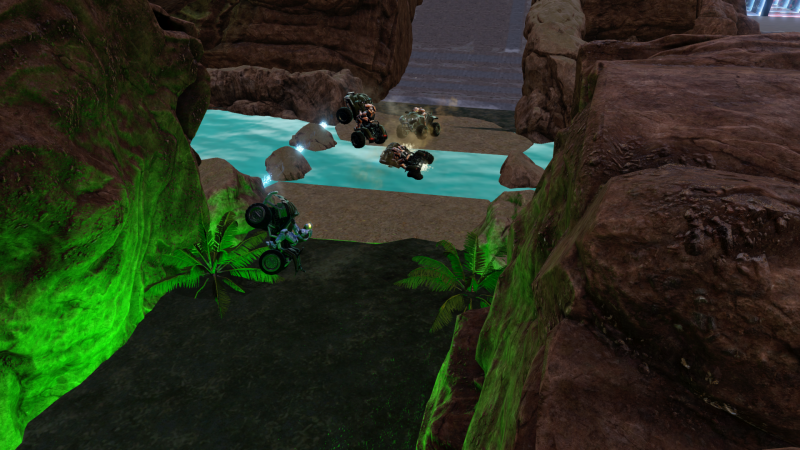 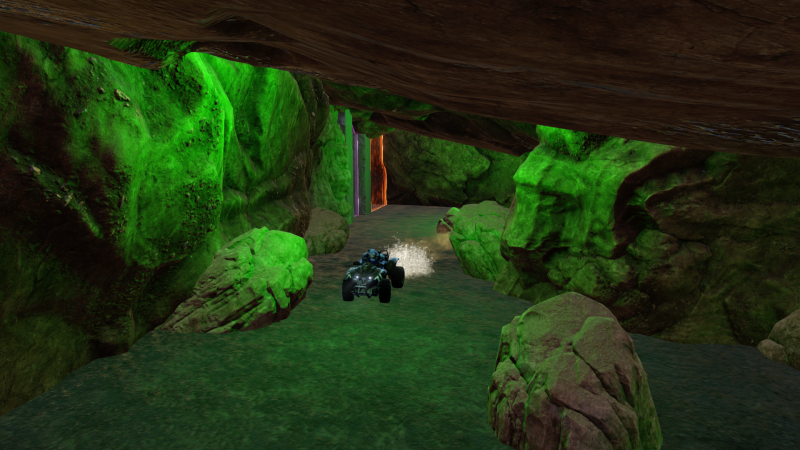 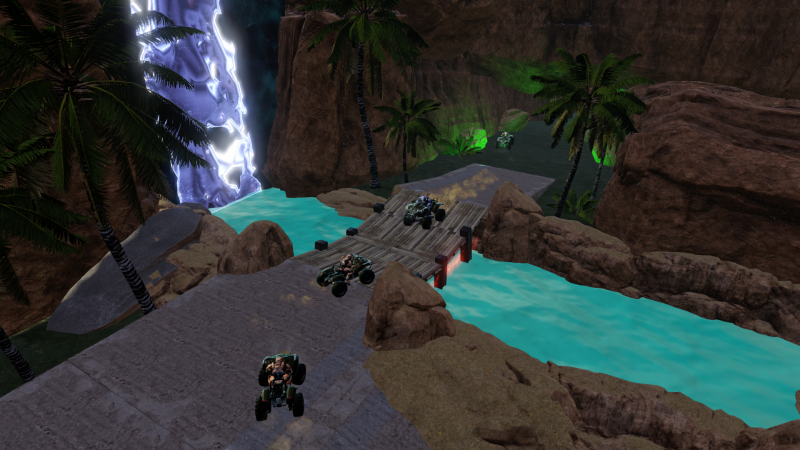