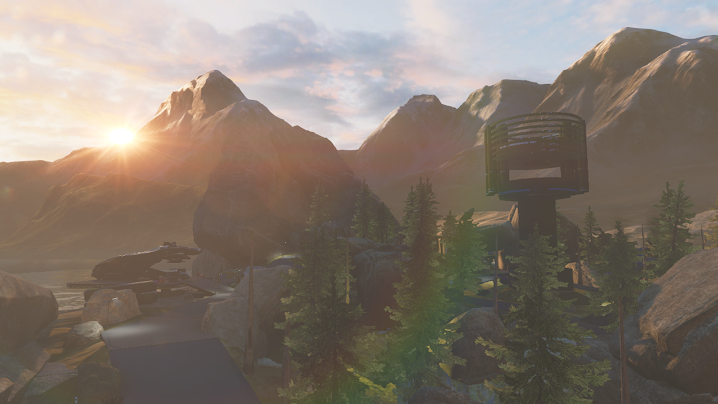 So the basic idea was a symmetrical map with a huge tower in it's center, surrounded by a forest.
The tower of course is a good sniper position, but the trees are supposed to not make it that easy. Even simple BR-Fights turn out to be quite challenging because nature is giving you a lot of opportunities to take cover.

There is a road circling the woods and two Rocket-Hogs on the left or the right side of the map. t's really fun to fire your rockets through the trees, trying to hit your target - or at least do some splatter damage.

As power-weapons we serve two Binary Rifles and a Hydra. Use the Hydra on top of the tower and lock enemies, you probably won't even see. And use the Binraies to keep an eye on the ones wo control the tower. 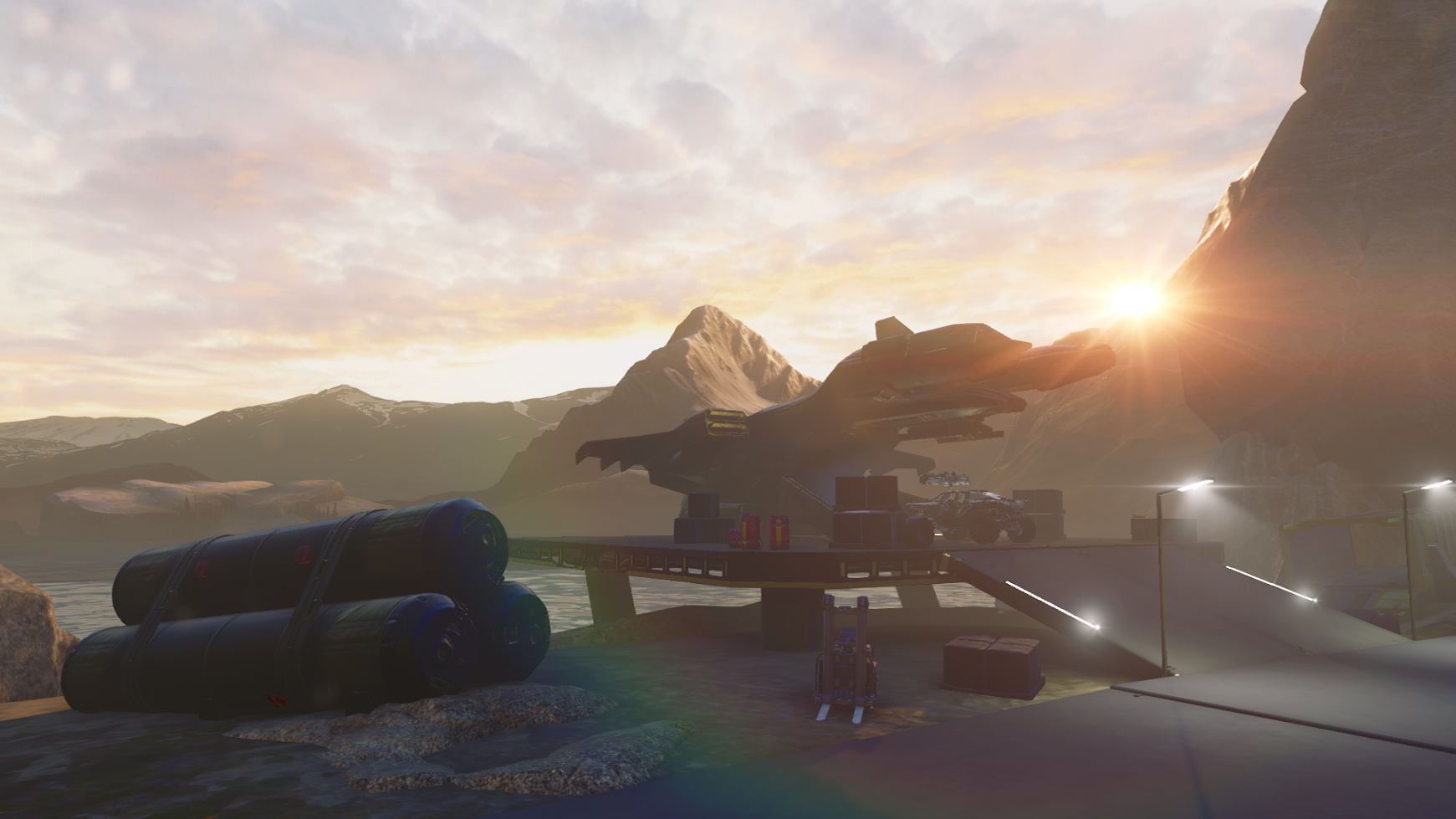 You can enter the tower in two ways:
Use the gravity-lift underneath it, or the man cannons in the left or right corner of the map to jump right on top. But be careful - there is a console on top. Pushing it's button allows you to close the towers gates, preventing attackers to enter by using the man cannons.

So in the end we were trying to create a map with a unique feeling and atmosphere. A map that's actually symmetric, but doesn't look that way. And most of all: A map, that is actually fun to play but still has it's feed on the ground.

Known issues:
- The outro-animation doesn't work. I don't know why. You can hear some noises, so there should be some Spartans, but...they are just invisible... 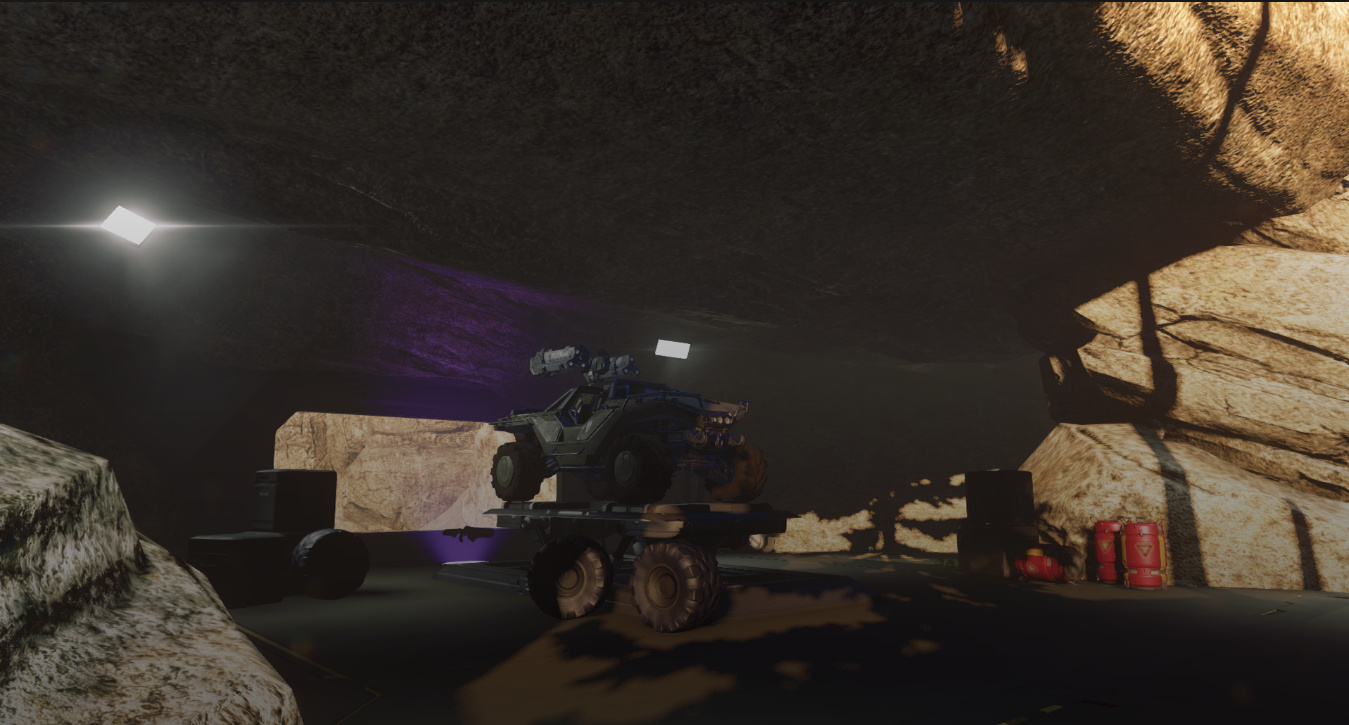