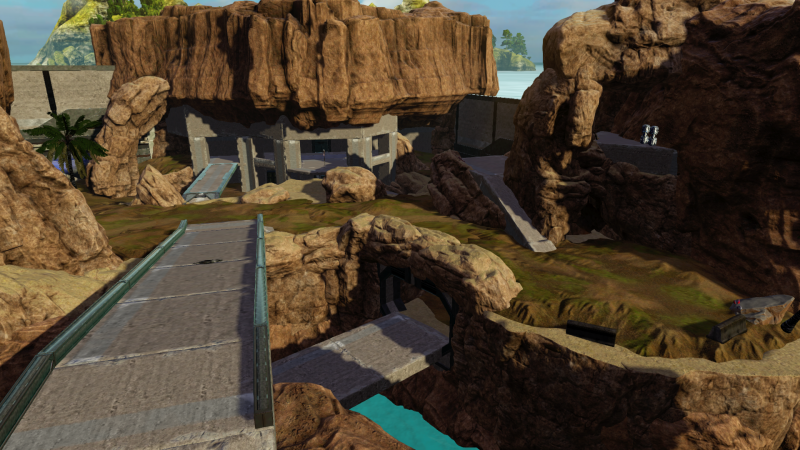 Entrenched is a medium sized asymmetric map for squad one flag CTF. The map has three main routes for the attackers: the canyon, the bridge, and the cave. The bridge is the most direct route through the map but is also the most dangerous. The bridge is open to the majority of the map and slopes down towards the defenders base. Vehicles can cross from the attackers side but can only be accessed by infantry from the defenders side. The canyon is a safer route but is a bit longer, and has access to the turret and rockets. The man cannon will launch players into the upper level of the defenders base. Players can use the caves for a sneakier approach. From the attackers base players can jump across the chasm and then either drop in to the cave (holding the overshield), enter the sniper tower, or continue towards the flag. The sniper tower has two levels: the lower overlooking the defenders base, while the higher level overlooks the capture point and the attackers side.

The power weapons are in neutral positions on the map. The turret is mostly accessible by the attackers and is helpful to pull the flag across the bridge or through the caves. It also overlooks the flag capture point if the defenders can control the turret. As for vehicles, the attackers have a warthog found of the cliffs, while the defenders have two ghosts in the lower level of their base. 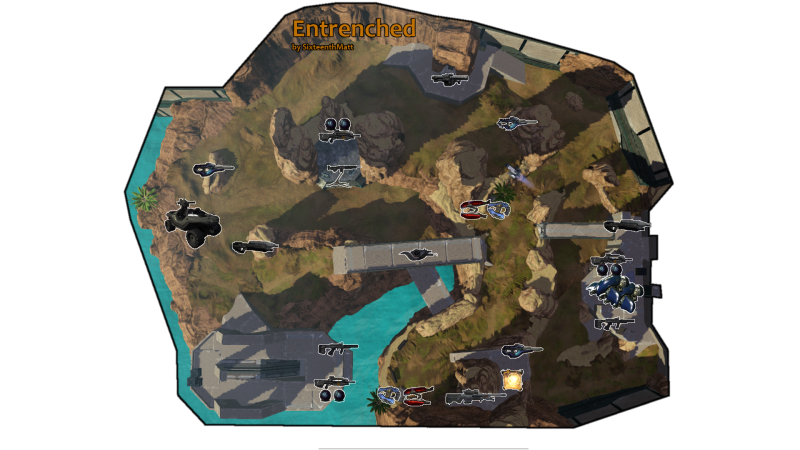 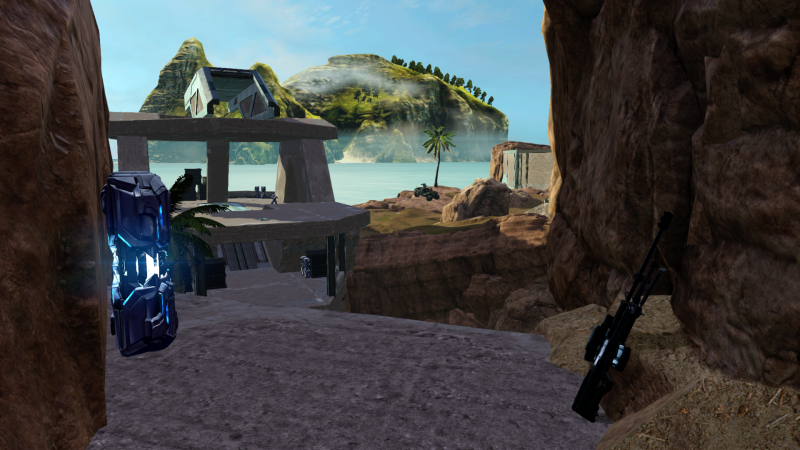 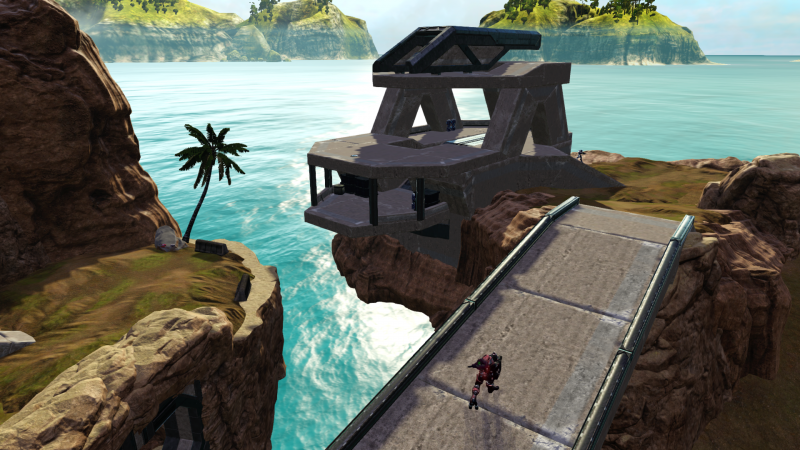 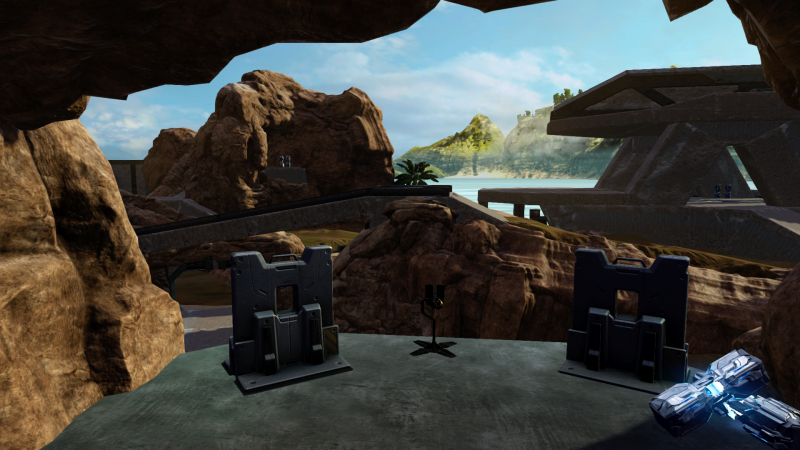 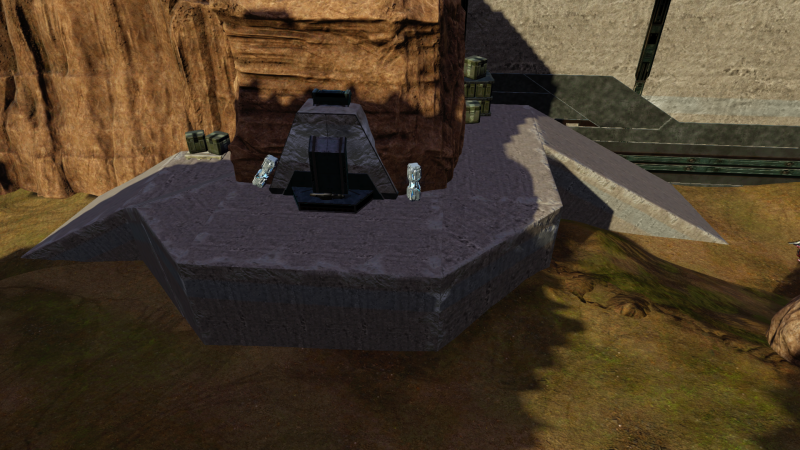 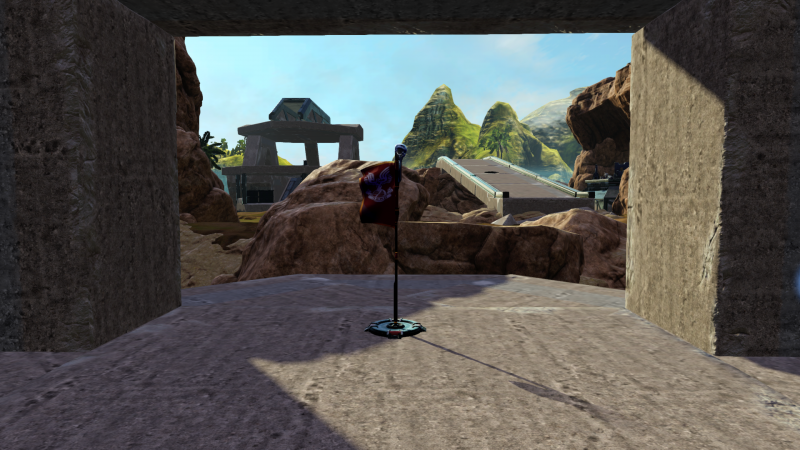 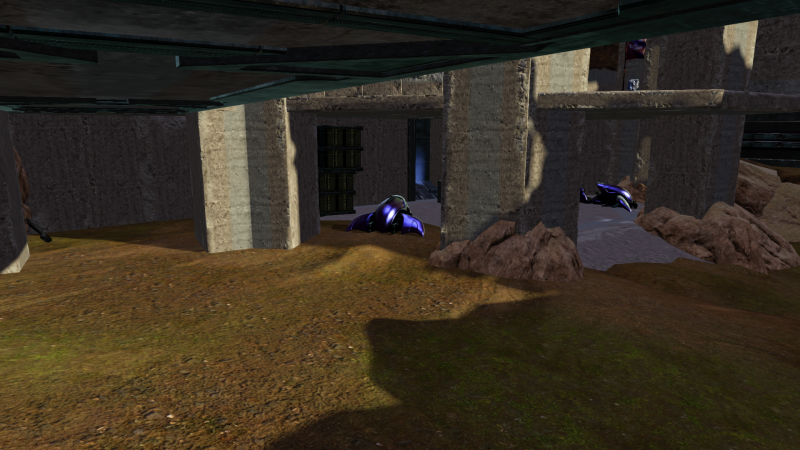 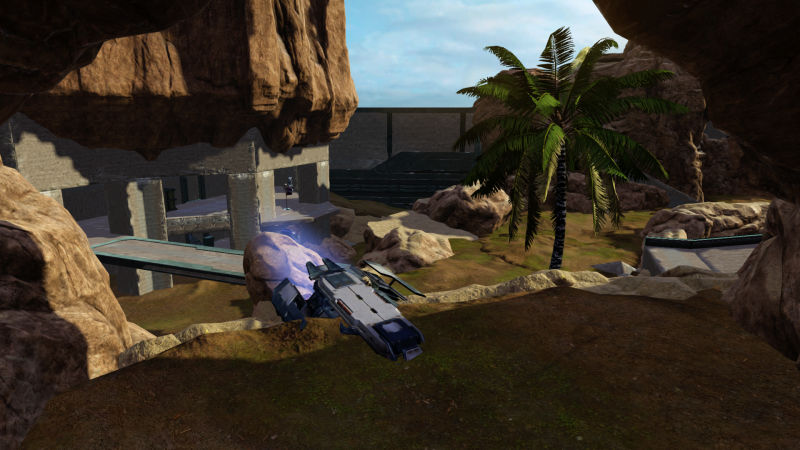 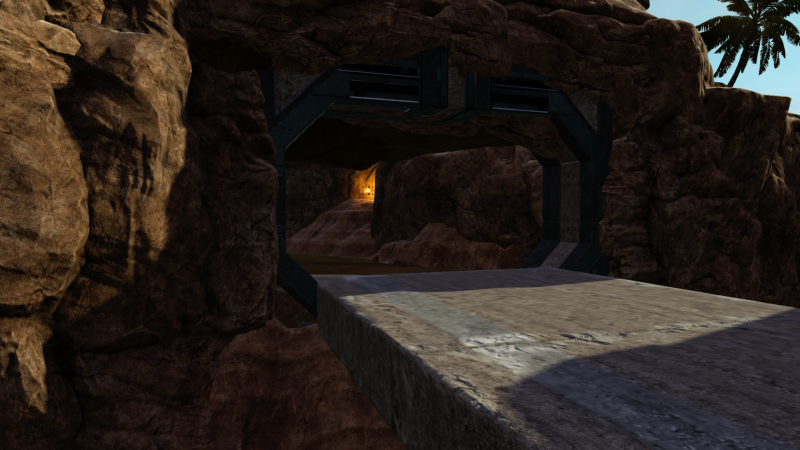