----> WALK-THROUGH VIDEO <----
---> Album with more Pictures <----
--> Gameplay <--
Want to DOWNLOAD Cavalcade?
Check the Download Section at the bottom of this page!​
Map Description:​
Cavalcade is a symmetrical arena map designed around the core Capture the Flag gametype. My goal with this map was to create a variety of different areas and elevations that could accommodate 3 separate power weapons. This map is completely original to Halo 5, taking a little inspiration from some of the best CTF maps found in previous installments. I wanted to make sure the map would be playable with more than just eight players, and that’s something you’ll notice right away when playing. The sweet spot is definitely 5v5, but I highly recommend going past that at least once if you can. Since Cavalcade is easily the size of The Pit from Halo 3, it can support up to sixteen players without any noticeable issues.

The map itself forces players towards certain areas while making some areas riskier than others. I accomplished this by having the bases branch outwards away from the central courtyard, sending players safely to either the Sniper Rifle at “Top Yellow” or the SAW in “The Pit”. The Sniper Rifle is often rushed by opposing teams to quickly eliminate any enemies attempting to reach the SPNKr Rocket Launcher at “Top Middle”. Although traversing bottom middle can prove deadly due to the lack of cover, it is unquestionably the fastest route to run the flag. You’ll have no problem sneaking right through their front door if you manage to snag the nearby active camo—just make sure to have your teammates open your door on the way back with the flag. “Top Middle” has a similarly unsafe appearance, but dominating that area with long range weapons from your team’s nest is crucial to maintaining map control.

In an effort to better showcase the map, I’ve created a couple of overview pictures and have a written explanation of the scripting below. I’ll also include the intro animations for both CTF and Strongholds along with the walk-through video I've linked at the very top. 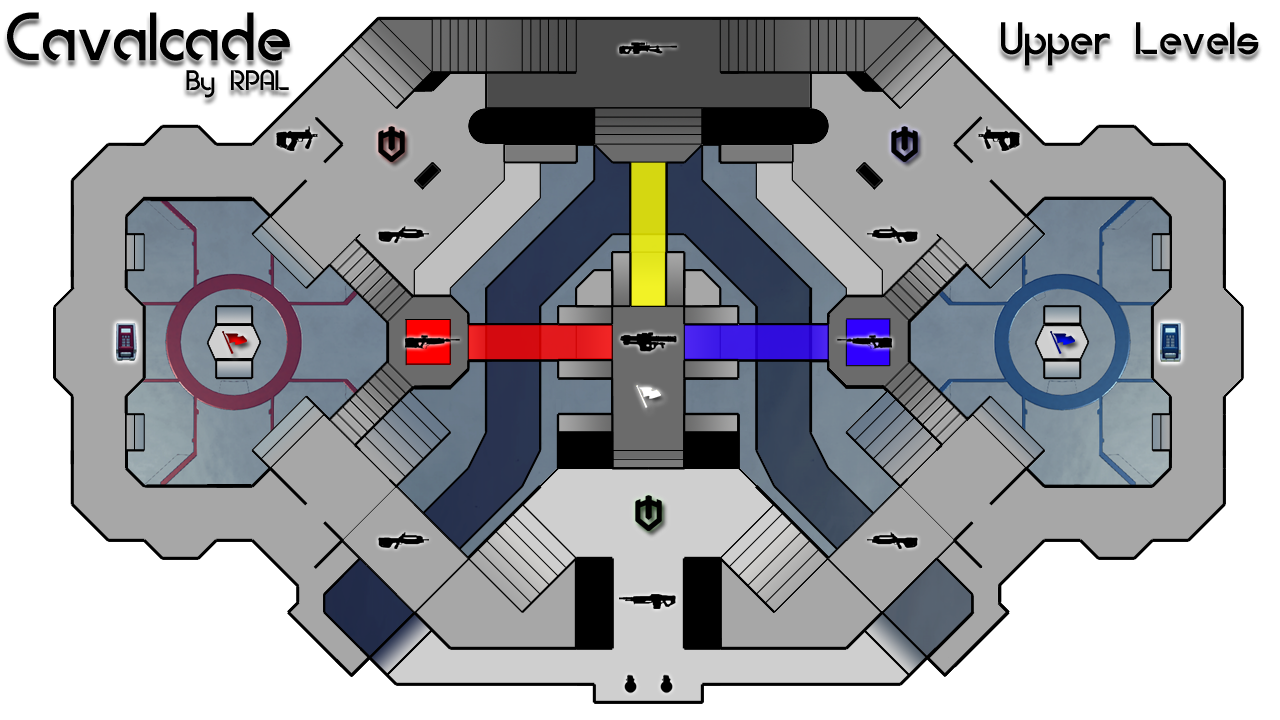 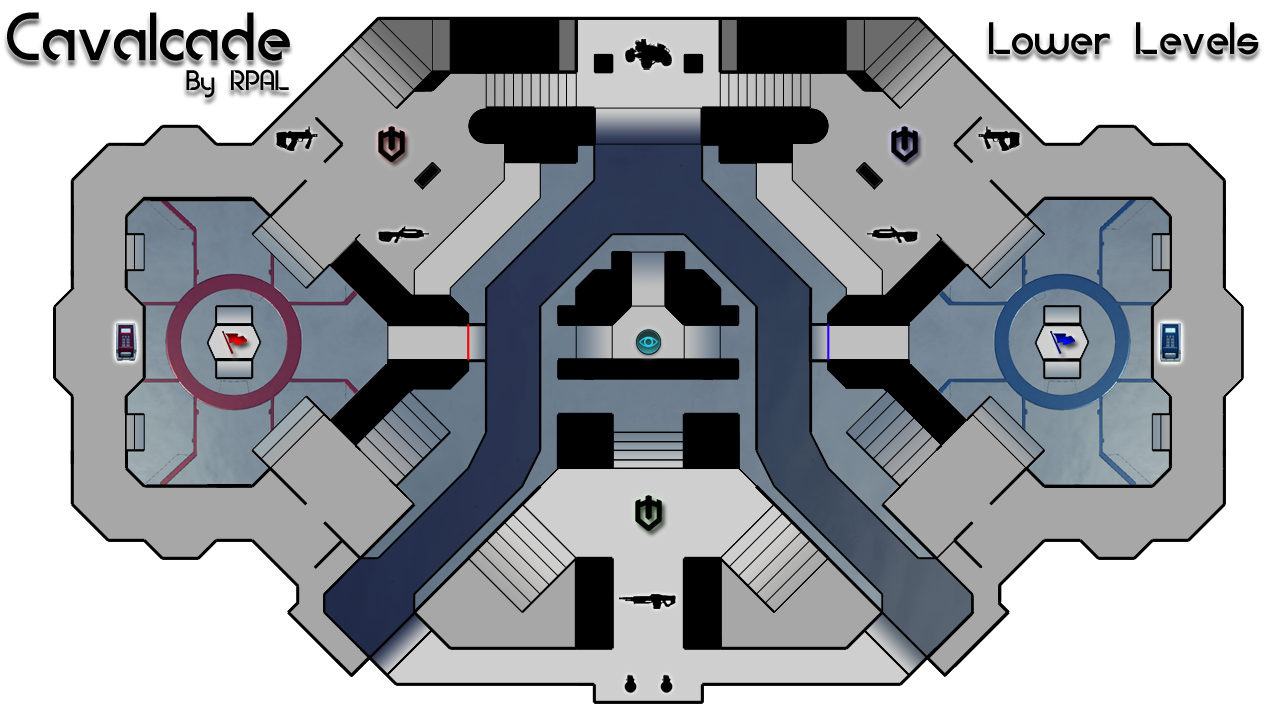 Both the Blue and Red Bases have a central door that can be opened for a quick escape with the flag. The doors work on toggle switches and a flashing white light will appear in the base if the door has been left open. There are four monitors in each base that will switch from the corresponding team's color to white, indicating that the base has been unlocked. There are also two additional television monitors in the "Long Hall", allowing for a quick glance if you happen to spawn there. 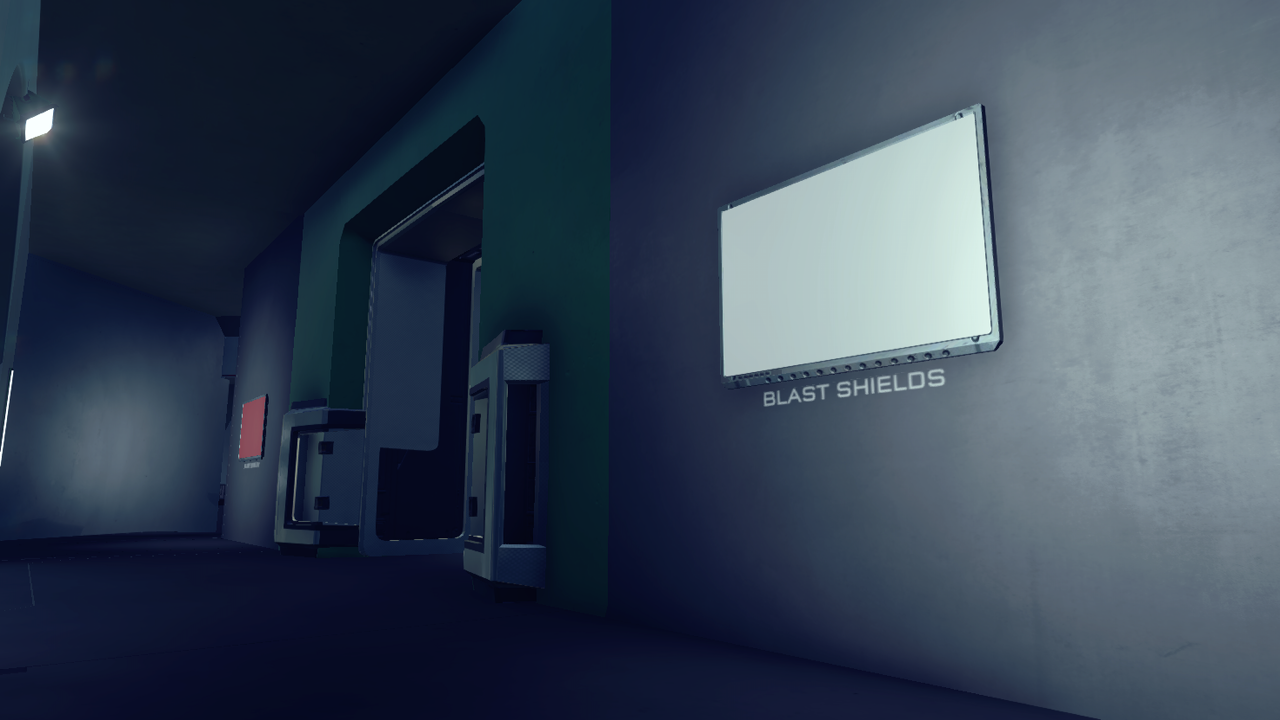 You can tell from this picture which base door is currently open (Hint: Its not the team color seen down the hall). Make sure to go secure your base if you spawn in long hall and see this indicator!

----> How to Download <----
If you would like to DOWNLOAD Cavalcade, simply add RPAL as a friend on Xbox Live. From there you can access my bookmarks from the friends roster to find the most up-to-date version of the map. I will update this section with the most recent version anytime I release a new one. Check the description of the map to see which version you currently have and read below for changes made.

Final Thoughts:​
I’ve put countless hours into perfecting this map along with an extensive amount of testing over the past few months. I’ve been working on Cavalcade since the week forge was released and I am excited to finally share the finished product with everyone.

I have a whole list of people I want to thank, way more than I can list here. If you are wondering why your name is on this list, its either because you have played on the map with me multiple times and/or you've given me important feedback. I've gone back and looked at the saved films of about five matches and added names I have seen show up more than once. Please forgive me if I forget to list you, there were a lot of players and your feedback was still greatly appreciated. In no particular order:


Thanks for checking out Cavalcade!​
RPAL
Reactions: Melted Univers3, Luminous Nova, wizton and 2 others